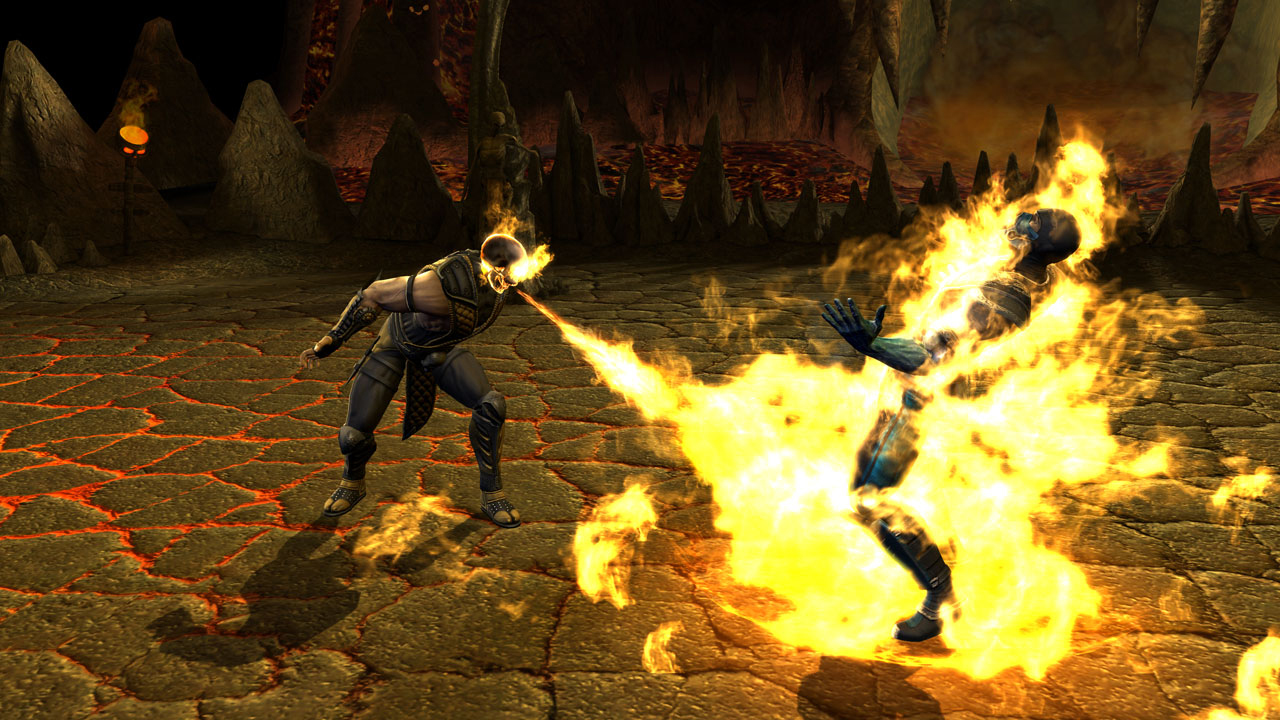 Mortal Kombat vs DC is an usual concept for many to get their heads around. For one we have the fans of both franchises who wonder how the two worlds will collide and how the likes of Kano will ever be able to beat Superman in a fight. Then we have the talk about how much the violence has been toned down with the lack of Fatality’s from the DC Superheroes. More recently we saw the Joker shoot Kitana in the head and now it’s one of the MK crew to get their fatality on
Scorpion is my favorite Mortal Kombat character by far. Ever since the first two games when I was way too young to play them legally, I fell in love with the character. It probably had something to do with him being a bad guy, being able to shoot spikes on a rope then pull kombatants towards him with a “C’mere!” and mostly to do with having a skull for a head! So thanks to the fantastic people at Gaming Today I’m pleased to give you a glimpse of Scorpion killing somebody with lots of fire! 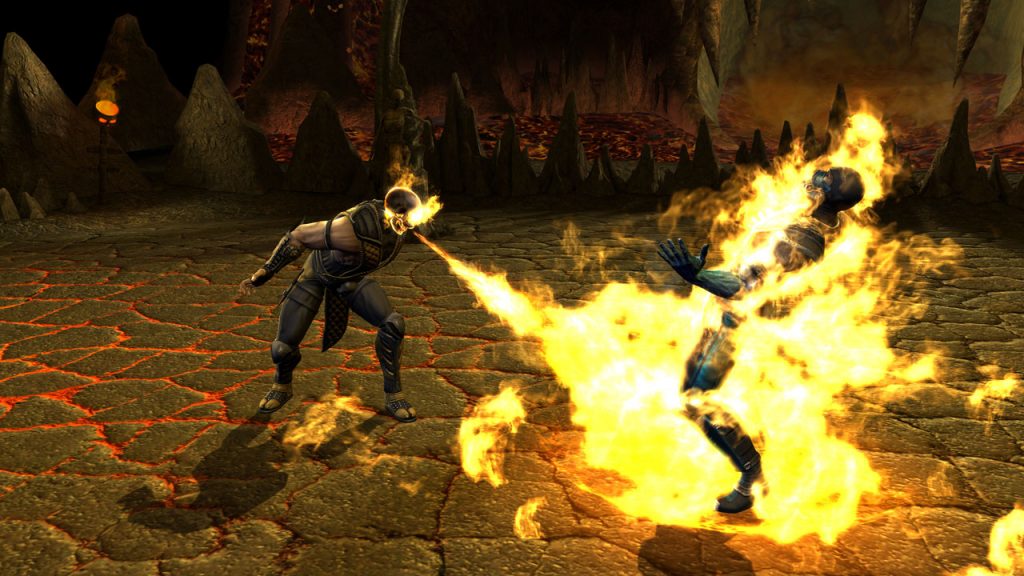