As regular as clockwork a new Smackdown vs Raw game is on the horizon and to whittle away the days before release IGN have once again started their roster countdown. Monday through to Friday they will be profiling a different wrestler but the catch this year is that the full roster isn’t being given away instantly like it has been in previous years. A clever ploy to heighten anticipation for the game or a sneaky tactic to fend off nay-sayers who criticized last years outdated roster, it’s up to you to decide.

Revealed first was the Italian Stallion, Santino Marella. Recently claiming the WWE Intercontinental Championship for a second time the Santino shown in game is that of 6 months ago. Lacking his blue wrestling singlet or blue t-shirt he had been wearing this is Santino before he found his stride.

Other things to notice from IGN’s videos are the complete absence of a background graphic for Santino. Ever since the WWE made the transition to HD they created a new set which as well as including the standard titantron has a massive section below and above it made up of thousands of LED lights. Santino’s graphic features the Italian flag but in the video for the game the standard ‘Raw’ graphic plays. The wrestlers individual graphics have been playing on TV ever since the new sets were put in place

Obviously the game has a few months left before release and as more wrestlers are shown we should be able to tell if this was a work in progress shot or an oversight. Let us know what you think about the game below. Do we have any WWE fans, are you all TNA fans or could you care less about wrestling altogether?

MK vs DC, Scorpion Gets Nasty 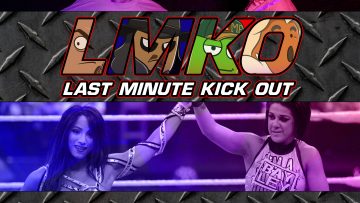 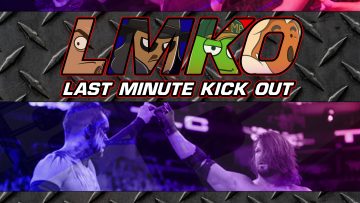