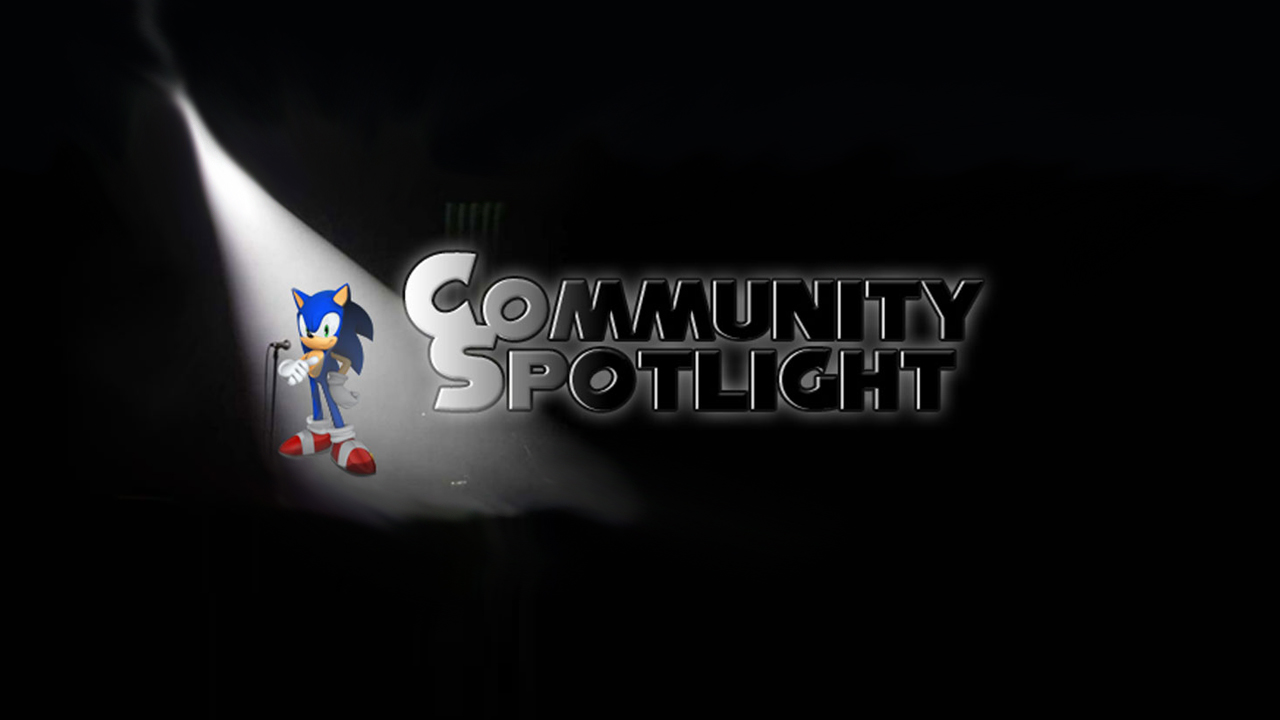 Today, that spotlight shines brightly on Sonic the Comic – Online, and thanks to Michael “Stiv” Stephenson, editor of STC-O for doing this spotlight on behalf of the entire comic.

Stiv: It’s just a shame we couldn’t get hold of Megadroid to get his views too. Off somewhere complaining about being overworked, no doubt…

Titans Creed: Taking over and continuing Sonic the Comic in an online form has been great, and you have currently released 31 issues (and 10 specials!). How does it feel, to have it still going so strong?

Stiv: Thanks very much! It feels brilliant to have as much support for the comic as we do. Every issue, we seem to gain more readers and that gives the staff something to work for.

The comic is, of course, produced in our own spare time. Despite the problems that ‘real life’ can throw at us, the response from the community and the fact that the readers keep coming back for every new issue is what keeps us going and producing the best work we can. So really, we’ve only got our readers to thank!

Titans Creed: Do you have some of the old Fleetway staff watch the online comic?

Stiv: Definitely! Nigel Kitching, Richard Elson and Nigel Dobbyn have been immensely supportive from day one, each making subtle contributions in their own way (and some not so subtle, with Nigel Dobbyn providing the cover inks for STC-O #254, and who knows what other contributions are in store for the future! 😉 ).

Titans Creed: Moving onto Summer of Sonic, STC-Online has had a presence for a few years, how did you folks find the event?

Stiv: Summer of Sonic has really been great for the STC-O team.

The last two years we’ve had dedicated tables and we’ve been able to get prints and freebies sorted to give out to existing fans and advertise the comic to new readers. It’s also been a great chance for the staff to meet up and discuss comic plans in person.

It’s sometimes a little slow waiting for e-mails back from people if you’re trying to get the ball rolling on an idea so meeting up at events like Summer of Sonic makes things just that little bit easier for us.

Titans Creed: What has been your favourite Summer of Sonic moment?

Stiv: Being in an area between the Fleetway alumni (Nigel Kitching and Nigel Dobbyn) and the current Archie staff (Ian Flynn and Tracy Yardley) at this year’s Summer of Sonic was a great experience. They’re all really nice guys and we ended up chatting a fair bit throughout the day.

Most of us have talked to the two Nigels quite a bit before, through the comic and previous meetups, but it was nice to get a chance to chat to the Archie team too.

Ian had a flick through a printed copy of STC-O #250 and Tracy actually asked if he could buy it from us! We humbly gave it to him free of charge.

It was also great when the ‘Running Wild’ animation appeared on screen.

A couple of us had heard it was being worked on but no-one knew it was finished and would be turning up on the day. Nigel Kitching (who wrote the story it was based on) seemed to get a kick out of it and although it wasn’t actually anything to do with the STC-O team, the response Super Sonic got from the crowd made us all grin like idiots.

Titans Creed: How do you come up with new storylines/arcs?

Stiv: Oh, it can be any number of ways!

When STC-O first started, the first arc included ideas from Nigel and Rich, which I always thought was a nice transition from STC to STC-O.

The first proper arc STC-O had was a loose adaptation of Sonic Adventure 2, so some of the ideas for that arc came from the game. As with most of STCs game adaptations though, the comic version strayed heavily from the game story.

Nowadays, the staff will usually throw ideas back and forth until something solid comes together. Editors in the past have planned out what they want from the comic and the writers have created arcs based on that.
Sometimes the writers will have their own ideas to pitch, sometimes we take elements from the games…

There are a lot of ways stories come about, we’ve definitely no shortage of ideas!

Titans Creed: How many different artists do you have currently working with STC-Online, and do they have any favourite story arcs?

Stiv: We have around five or six regular artists on staff and a handful who draw strips for us now and again. We’re always on the lookout for new blood, too. I’ll come back to that later on…

Adamis is without doubt our most active staff artist. His favourite STC stories were the #100 issue-spanning story ‘The Final Victory’ and the Chaos arc (STC’s adaptation of Sonic Adventure and the last original story seen in the print run). In STC-O, he favoured the Shadow arc (STC-O’s loose adaptation of Sonic Adventure 2) and our 250th issue, in the same vein as #100, ‘The Battle for Mobius’.

#250 was a huge achievement for us, combining the talents of four writers and seventeen artists to kick start an exciting new chapter for STC-O. It was great to see the 26-page story come to life after literally years of careful planning.

As for my own favourite arcs in STC, I loved ‘Running Wild’ and ‘The Return of Chaotix’. It’s always nice to see the rules of time and space being shot to pieces by a horde of robots stealing an egg.

I believe the general consensus among everyone, seems to be that Running Wild really stood out in STC, and the Chaos arc for its dramatic changes to the universe.

Titans Creed: In issue 255, we finally see Silver in the STC continuum. Are there plans to see the rest of the Iblis arc in the future?

Stiv: Stephen Davis is handling most of the Silver-related stuff: “We’ve got some exciting stuff in store for Silver. He’ll literally be crash landing in the STC continuity very soon. As for how the rest of his story will unfold, we can’t give away too much just yet, you’ll have to wait and see!”

Titans Creed: Are there any other exciting game tie-ins we can expect to see soon?

Stiv: We’re always trying to pull in ideas from the games, it’s one of the things I’d like to see more of in the future and I’m sure a lot of people would agree. It’ll be nice for the continuities to link up more in little ways like locations and STC-O versions of minor characters/groups appearing.

Titans Creed: If some of your readers are interested in helping or contributing out any way, what would be the best way they could do so?

Stiv: The best way would be to send an e-mail to our ‘recruitment hotline’: Megadroid@hotmail.co.uk.

For artists, send us samples of your work (preferably comic strips if you’re wanting to try out for those) and let us know if you’d be more interested in drawing Sonic strips or other Sega games because we still have plans for plenty of those.

Adaptations of other games such as Kid Chameleon, Ristar or Shinobi mean it’s not just Sonic-based strips that you can work on. People can also work on pinups or side-features.

With regards to writing for STCO, to be totally honest, we’re quite set when it comes to stories set in Sonic’s universe for the foreseeable future. That said, if a story pitch sounds exceptional we might consider it. If you have idea for stories based on other Sega games, we’re always open to new pitches, providing they’d appeal to a large audience and we have artists available to work on them.

Links to things you’ve written would obviously be helpful. It’s a little more difficult than applying to be an artist.

The forums at STC-O are a great place to introduce yourself and to get a feel for the comic and its fans. There are also Facebook pages for STC-O and Megadroid and there’s also the Twitter feed to keep up to date with the comic and its developments.

I should add here, we’ve had a few people wondering if there’s any payment involved with working on STC-O. I’m afraid there isn’t, it’s totally run by fans of the original STC in our spare time. If we paid people, it’d have to be from our own pocket and we just don’t have the money. The only payment is knowing your work is being enjoyed by thousands of readers across the world.

Thanks to Stiv for taking his time out for answering these questions for us and remember to check the links below:

Sonic Generations For PC Confirmed… No, Really This Time 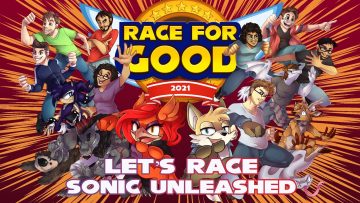