Aka Silver the Hedgehog, Sonic The Hedgehog, often referred to as Sonic 06 or alternatively the all caps SONIC The Hedgehog was arguably the biggest wound inflicted upon Sonic fans for a great many years.

Emblazoned with the tag-line “What If Sonic Were Real?” alas many fans were left going “What if You Had Made The Game Work?”. It’s sad for it had such promise, but terrible bugs stemming from issues due to Microsoft wanting the game out before the PS3 launched (no matter what they might say) stifled the game. In better news it “fixed” the “damage” done to Shadow The Hedgehog in many people’s eyes.

SONIC the Hedgehog A.K.A Sonic 2006 for the Playstation 3 and Xbox 360 is the first seventh generation Sonic game (as if you hadn’t guessed already), it revolves around Sonic and Silver’s (the new hedgehog from the future) chase to find him and stop him from triggering Iblis a huge fire/lava creature.

Believing that Sonic is the “Iblis Trigger” Silver travels back in time with the help of Mephiles a demon who took the form of Shadow from his shadow… This of course is covered in the Shadow episode.

As stated there’s four “episodes” to the story: Sonic, Shadow, Silver and finally the Last Story which allows you to see the ending. Each story over laps the other and fills in the missing blanks.

The movie cinematics are okay for a first game, and flow smooth, where as the in-game cinematics are rough around the edges with a few scenes being out of sync with what’s being said. The level design can be complex and glitchy in some places, such as when running around a loop on Wave Ocean you somehow fall off the loop missing the jump completely and then dying in the water.

In Tropical Jungle using Silver, the level had multiple paths that you could take that would lead you to the goal ring, I felt so lost and wondered if I was going in the right direction, only to find a checkpoint and die for it to point me back in the direction I came from.

Most levels seem frustrating and a headache especially when there’s death traps lying in wait, this seems to ring true with Silver (even though I like the character) seeing as if you was to fall off a ledge only to save yourself by hovering just to find that you can’t get back up and die.

The biggest problem for the game is the load times, especially when doing a town mission the sequence goes like this: Loading, Extra Statement, Loading, Town Mission, Result Screen, Loading. The amount becomes painfully hard to sit through.

The gameplay for the three hedgehogs is different as each one has their own abilities and strengths, for Sonic it’s speed and he attacks with a homing attack. Then there’s Silver who’s slower then Sonic but attacks using psychokinesis (PK) which means he can pick up objects around the area and fling them at enemies, also he can hover across larger gaps where he wouldn’t be able to jump straight to. Shadow’s is like Sonic but the difference being that he can get into an array of armed vehicles.

While you are travelling through the town you’ll see markers above peoples head and this can lead to basic chit-chat to tell you where you should be heading next and finally the town missions.

During some town missions you’ll need to pass through giant rings and these rings don’t even show on the mini-map display so if you go through and face the wrong way with the camera as well you can waste valuable time in trying to locate something that’s behind you. You are required to use rings you gain by doing town missions and action stages to give the characters more moves, by going to a shop in Soleanna or the electronic vendors in the forest and dock regions of Soleanna, the larger amount of rings can be gained by S ranking.

The story was less than decent, and the “kiss” incident isn’t as bad as it was made out to be by so many people, yes it was full of cheese like an overfed mouse, but nothing as bad. At the end of the story they (Sonic and Elise) go back in time and erase the Solaris project which means the story we had now doesn’t exist so what was the point?!

The instrumental music is okay but it’s the vocal tracks that once again shine in the darkness, which comes in various genres of music performed by many artists/bands such as: Lee Brotherton, Zebrahead and Crush 40. The vocal tracks are available on the album Several Wills.

Then again this game does not exist, so technically neither does this review.

Tags IT'S NO USE!ReviewShadow OwnageSONIC The Hedgehog (Sonic 06)
Previous Post 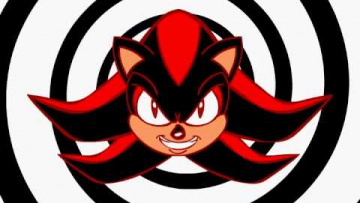 Shadow The Hedgehog DEMANDS Your Love