Three weeks ago I had an epiphany regarding Sonic Unleashed DLC – why should we pay $3 for 6 short levels every two weeks? We shouldn’t. It seems that many agreed with my sentiment, because here we are, three weeks later, staring down the barrel of a two-for-one deal: Adventure Packs for both Apotos and Shamar, bundled together in one download, for the same $3 we’ve paid for past Downloadable Content packs.

For those excited at the prospect of 12 levels for $3, cool your jets: In reality, the Apotos/Shamar Adventure Pack comes out to around 9 levels. Apotos features five levels (3 day, 2 night) and Shamar gets four levels (2 day, 2 night). In general, these levels are longer than most of what we’re used to for Sonic Unleashed DLC – whereas daytime levels in the Spagonia Adventure Pack could be completed in around one minute flat, day levels in the Apotos/Shamar pack are around double that length.

For the number of them and their length, the quality of the design in this pack is pretty all over the map. Arid Sands Act 3 deserves special mention for being a daytime level that focuses exclusively on explorative gameplay, asking the player to find 10 Chao in 10 minutes. It’s really an interesting concept that reminds me a little bit of the classic 2D Sonic games, where sandwiched between high-speed rollercoaster segments, you had slower, more exploration-focused platforming challenges. Windmill Isle Act 1-2 is equally as interesting: while the original Windmill Isle Act 1 stage was intended as a super-short tutorial level, Act 1-2 remixes the layout so that you play through it backwards first, and then forwards, breaking up the two with a segment that feels like something out of Super Mario Brothers. It’s this stuck-on-a-moving-platform segment that actually highlights a problem in 3D Sonic games in general.

For the types of platforming gameplay these DLC packs sometimes attempt, Sonic Unleashed was simply not built for the type of precision the game sometimes demands. In particular, Windmill Isle Act 1-2 is actually a little bit frustrating as a result – when not running 300 miles per-hour, controlling Sonic for the more precise platforming stuff feels kind of like trying to steer a bowling ball with a leaf blower; Sonic is simply too momentum heavy. Early levels in Sonic Unleashed got around this by making platforms very wide – so wide that they were actually hard to fall off. At its core, this is a universal problem that all 3D Sonic games share: building controls for running really fast vs. controls for more suitable to the aforementioned Super Mario Brothers platforming challenges.

For platforming, generally you want very tight, very responsive controls, so that landing on a platform or an enemy is an easy task. On the flip side, for something fast moving, you generally want controls with drag and momentum – like driving a car. Every 3D Sonic game to date (Unleashed included) has wrestled with just how sensitive Sonic’s controls should be in order to strike a perfect balance of controls that work for both moving fast and platforming, just as the old 2D Sonic games did – usually with disastrous results. Though one could argue that a true balance could never be obtained thanks to the addition of the third dimension, most 3D Sonic games simply swing too far in the direction of one type of gameplay: they are either too sensitive for running fast (Sonic Adventure 2, Sonic 2006) or too insensitive for moving slowly (Sonic Heroes, Shadow the Hedgehog). Sonic Unleashed takes a unique approach: not only does Sonic’s control sensitivity seemingly change depending on where he is in a level, but the distinction between Sonic and the Werehog is literally the distinction between running fast and doing slower platforming. Of course, when they start introducing precision platforming segments in to gameplay that was not designed to handle them, problems arise. So while the platforming in Windmill Isle Act 1-2 is certainly a welcome sentiment, the presence of that type of level does not mesh very well with the mechanics of Sonic Unleashed. There are, of course, possible ways to integrate both types of gameplay without having to separate them in to two different characters – but this is neither the time or place for backseat game design.

The rest of the levels in the pack are, in many ways, sort of predictable. Windmill Isle 2-2 and Arid Sands 1-2 are your standard “Hard Mode” levels that consist of punishing you for your memory of how to play the level. Windmill Isle Act 4 consists of a quick step gauntlet, mixed in with more intricate platforming. Like the Mazuri Pack before it, the Apotos/Shamar Adventure Pack contains a previously lost level, this time featuring an area we were given a glimpse of in the Shamar Teaser Trailer for Sonic Unleashed in the form of Arid Sands Act 2 Night.

But, bar none, this pack contains what may just be not only the two worst levels of this pack, but the two worst DLC levels period: Windmill Isle Act 1-3 Night and Arid Sands Act 3 Night. Windmill 1-3 Night is essentially a five minute combat endurance run with some of the most annoying enemies in the game. Power-ups and healing items are in limited supply, and if you die at any point during the level, you have to start all over again from the beginning. But that pales in comparison to Arid Sands 3 Night; though it starts out harmless enough, the final battle pits you against a Dark Gaia Titan on a ridiculously small platform suspended over a bottomless pit while being assaulted by three fire wizards. Given the Titan’s numerous attacks that knock the Werehog back, expect to be thrown in to the bottomless pit more times than you can count. I’ve never had much trouble with the Werehog stuff in these DLC packs, but this one section, from the two times I played the level, cost me nearly 30 lives total. It doesn’t get any more ridiculous or frustrating than that.

But the ultimate question will always be: 9 levels set in two continents for $3. Is it worth it?

The truth is? I don’t know. If based purely on the number of levels in the pack, I’d say yes – it’s hard to argue with 9 new levels for only $3. But the quality and the thought put in to these levels varies so wildly on a level-to-level basis, that, though there may be 9 of them, only three of them do anything unique or interesting. That comes out to about $1 per level, if you consider it like that. If that sounds like your kind of deal, then by all means, do not hesitate to grab this DLC – otherwise, it’s probably best just to save your money.

This review was originally posted on TSSZ News. 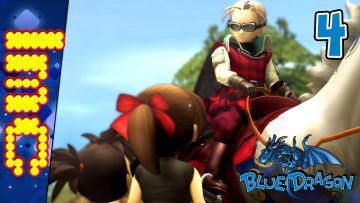