Another week and another update of the Bayo-Blog detailing another element of Platinum Game’s second release Bayonetta. This time it’s the turn of an animator calling himself only ‘Kai’ and giving a very vague description of his job role. Kai states that he’s been in the business a ‘long time’ and had worked on the Vewtiful Joe series. A little detective work with the help of Google pulls up mention of a ‘Hidetoshi Kai’ who worked on ‘motion animation’ for the original Vewtiful Joe.

Kai steps up to the plate this week to detail what went into making the bullet witch look deadly in motion and what some of his influences were.

“When animating, especially for an action game, the things you absolutely must bear in mind are response and a sense of exhilaration. However, can you truly express gathering and releasing one’s power in such a small number of frames? We gave Bayonetta more masculine, powerful attacks to exploit the gap between her feminine looks and fighting abilities.”

Kai goes on to talk about an early demo he made of Bayonetta for game director Hideki Kamiya of which you can see a video of below.

Interesting things to note are that Bayonetta was already in a black cat suite and had guns attached to her feet. The enemies in the demo are human rather than the Angel style bad guys we’ve seen thus far in the game proper. 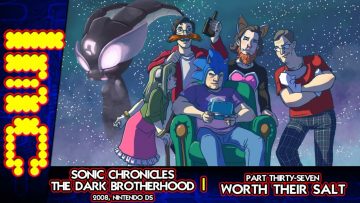