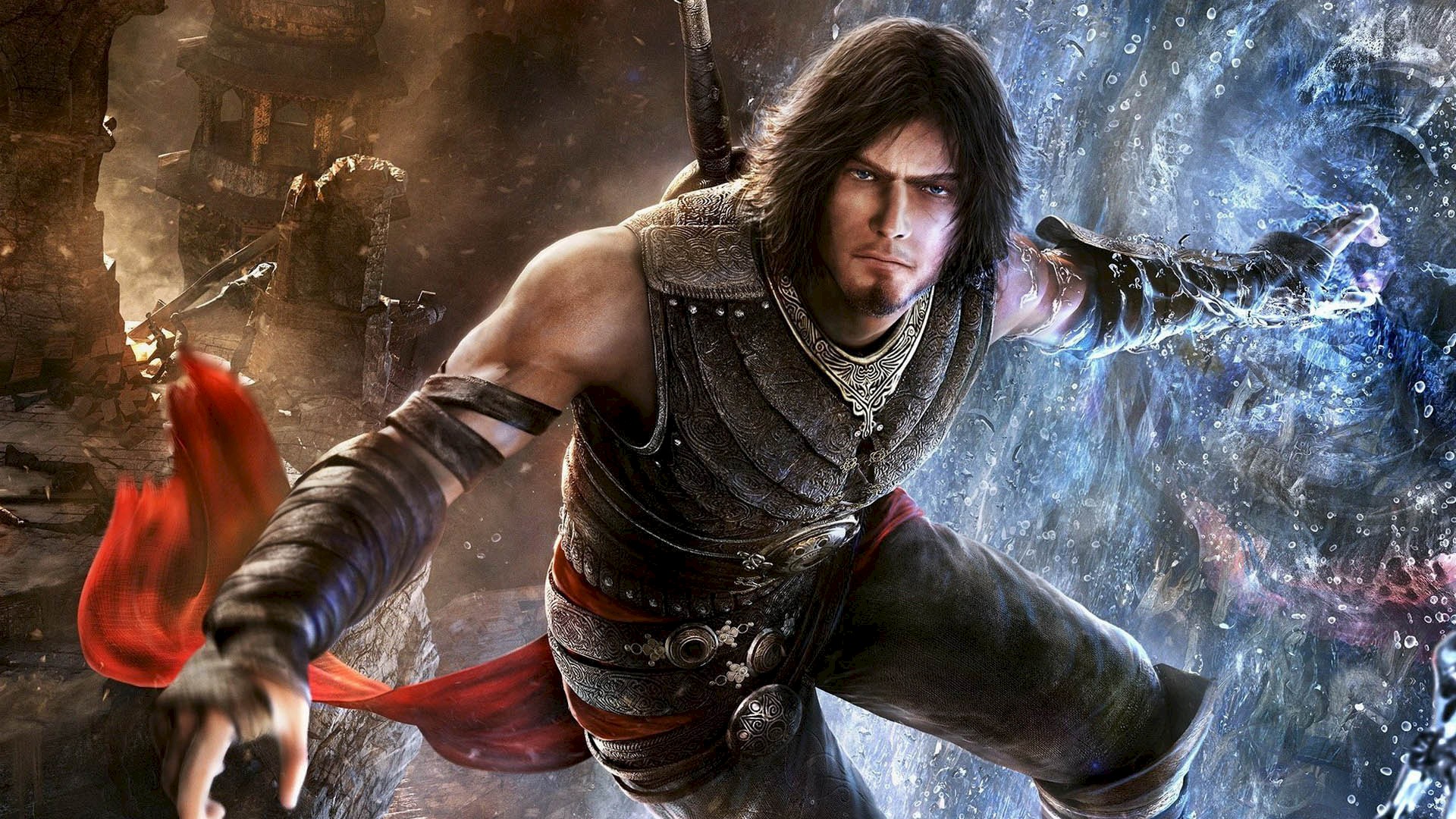 Tucked away near the entrance of the Eurogamer Expo and being played on several smaller HDTV’s Prince of Persia had an understated presence. The good news is that this game doesn’t need huge TV’s to get peoples attention to it because the quality is in the gameplay.
The demo starts with our new Prince lost in the desert in the middle of a sand storm looking for ‘Farrah’. After falling down a rockside the Prince literally bumps into a new female character who at first tries to run from the Prince but eventually decided to team up with him. The new character is called Elika and Farrah it seems isn’t the girl from Sands of Time but our new prince’s donkey!

The duo tackle the basics of the athletic gameplay in what’s clearly the tutorial part of the game. Guards appear and try to ward off the Prince starting some one on one duelling action. Eventually every face button relates to a certain attack, not too dissimilar to Fable II’s controls. A separate button is reserved for sword, gauntlet and acrobatic attacks. Even Elika helps out in battle at the press of a fourth button. The key to combat seems to be in mixing up the different attacks. A particularly helpful combo was a gauntlet attack sending enemies into the air, followed by an acrobatic attack launching the prince in the air and finally a sword attack slashing at the enemy in midair.

Context sensitive actions can also be performed with a little manoeuvring and a little luck. Attack an enemy near the edge of a cliff and no matter the health remaining the Prince simply boots them off the cliff to their doom (unlocking an achievement in the process). Attack near a wall and the Prince runs his enemies through with his sword, also killing them instantly.
Should you screw up the game has an interesting way of dealing with death. In fact you can’t actually die. Should you mistime a jump and fall to your doom Elika steps in and using a little magic grabs your hand and places you back on the last sturdy surface you were on. Should a bad guy be about to kill you in a fight and Elika will step in deflecting the final blow giving you chance to get on to your feet.

The demo ended with a daring escape through a crumbling temple, a god of destruction released by Elika’s father of all people. Overall it was great fun to play and there wasn’t a hint of emo style angst in sight. The new Prince has plenty of charisma and in the short time I was playing came out with some fantastic lines that made me chuckle. The game also looks fantastic, using a similar visual style to the characters in Street Fighter IV. Definitely one to watch.