We’ve been following the Smithsonian American Art Museum ever since they announced their 2012 exhibition called “The Art of Video Games” of which several of SEGA’s core titles feature as well of course several hardware categories.

The institution has sent out an email reminding interested parties, of which we are one, that the convention which opens on opening March 16, 2012 isn’t that far away anymore and presented people with a small sample of the artwork on display with images of concept art from three games: Metal Gear Solid 4: Guns of the Patriots, Lord of the Rings: Battle for Middle Earth II and most importantly to us a piece of classic Sonic concept art from Sonic & Knuckles which you can see below. 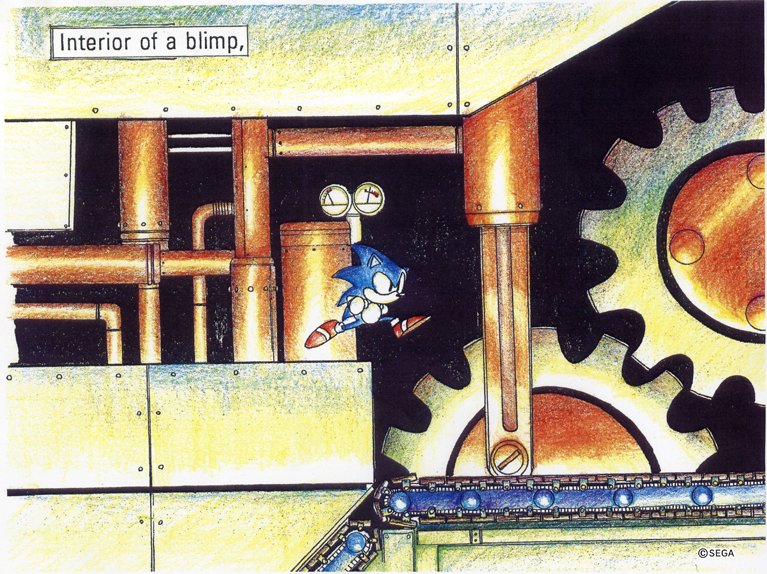