Yes that’s right people it’s now time for another SEGA Game on the Cheap and it’s time to go grab your rackets and go and hit the tennis courts, because today’s game is none other than “SEGA Superstars Tennis”.

Released only a few years ago, SEGA Superstar Tennis let’s you control your favourite SEGA characters from many games such as Sonic The Hedgehog (of course), NiGHTS, Alex Kidd, AiAi, Amigo, Beat and loads of other characters on the Tennis courts, this game not only has the oh so classical Exhibition & Tournament Modes (which you get on all Tennis games) but there are some extra fun modes in the game as well such as:

There is also a “Special Ability” that all the characters have when there star at the bottom of their feet starts to glow, when it does glow they can then use a powerful attack which can change the face of the game, with the likes of Sonic (who turns Super Sonic), Shadow (who turns Super Shadow), Alex Kidd (who drops giant weights on you), EGGMAN (who throws electric spikes at you) & AiAi (who puts bananas peels on your side of the court).

Here is the official Press Release by SEGA in October 2007 announcing the game:

brings together some of the most treasured and well known characters from the SEGA universe, in some of the most unusual courts and outrageous settings ever imagined. Developed by Sumo Digital Ltd., SEGA Superstars Tennis will be released onthe Sony PlayStation® 3 computer entertainment system, Sony PlayStation 2, the Xbox 360(tm) video game and entertainment system from Microsoft, and Nintendo Wii and DS, all hitting shelves early in 2008.SEGA Superstars Tennis has over 15 playable SEGA idols including Sonic the Hedgehog, AiAi from Super Monkeyball fame, Ulala of Space Channel 5 and Amigo from Samba De Amigo. In addition to their own unique attributes, each character will also come equipped with their own superstar tennis skills, putting a whole new spin on each match played!

Exhibition mode offers the chance to challenge Sonic, or the character or your choice, to a match on one of many courts, including Sonic’s home court of Green Hill Zone, or Amigo’s Carnival Park court. Wherever you play there will be a host of SEGA celebrities cheering you on from courtside and by partaking in crazy doubles matches with your choice of partner, you could end up playing against some pretty unusual couples! Prove your SEGA hero is the shining star of SEGA Superstars Tennis by collecting silverware in the Tournament Mode. There will also be the opportunity to unlock a host of exciting extras which will be announced in the near future! Complementing the Exhibition and Tournamentmodes, there will also be new and innovative ways of enjoying some of SEGA’s classic titles, plus platform exclusive ways to play the game, including online modes for X360 and PS3 versions!

“SEGA Superstars Tennis has the potential to be one of the most fun and accessible sports games ever.” commented Gary Knight, European Marketing Director. “The fantastic Sumo Digital team has had access to a wealth of SEGA IP and you’ll be surprised at the gaming icons that will be making an appearance!”
Available on the Sony PlayStation® 3 computer entertainment system, Sony PlayStation 2, the Xbox 360(tm) video game and entertainment system from Microsoft, and Nintendo Wii and DS, SEGA Superstars Tennis will release in early 2008.

So if you’ve got a bit of money to spend and you wanner buy a cheap but fun game, then get online and buy SEGA Superstars Tennis.

Something For The Kids, Sonic Back To School Items 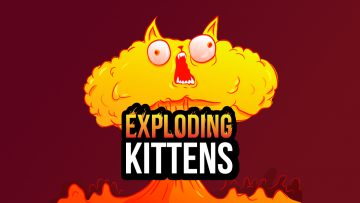 Kevin
294
In unrelated news, dogs celebrating in the streets. 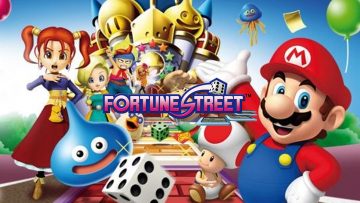 Kevin
294
Also known as Boom Street, if you thought Monopoly was bad you've not seen anything yet. 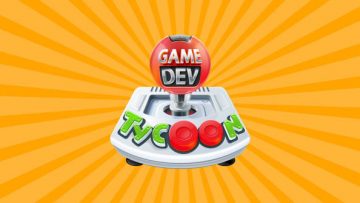 Kevin
210
Adventures in game design - you said you could do better, right?