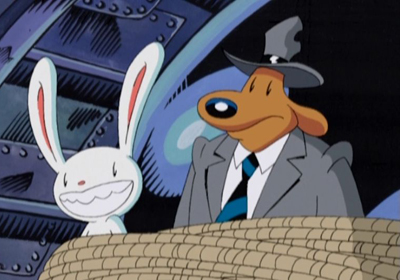 It isn’t often that you get to hear from Sam and Max, the dog and rabbit duo that call themselves the Freelance Police, nowadays. They’ve been around since the late 80s. Over those many decades, they’ve appeared in multiple television shows, starred in many video games and comics, and even made special appearances in Poker Night at the Inventory and Poker Night 2. But they only say hello once in a blue moon.

This is one of those times. Boss Fight Studios are making Sam and Max action figures. Sam has “14 points of articulation, interchangeable heads, and hands, non-brand specific frozen treat, hat, pistol, and paper bag puppet”. Max has “11 points of articulation, interchangeable heads, hands, rotary-dial phone, pistol, hammer, and a rat”. Each costs $39.99, but whether you get both of them or only one, each figure, releasing on April 28th comes with “new illustrations by creator, Steve Purcell”. Here’s a couple of pictures:

New Apex Legends Merch Items On The Way For Collectors

MegaHouse Corporation Is Making A Digimon Figure… Referencing The Movie?