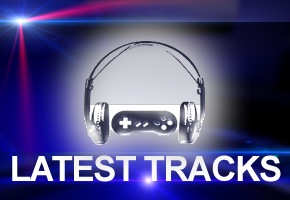 Here are the five latest Sonic related remixes for you to listen to!

Being a big fan of the community driven video game remix site, OC Remix, I thought it would be a great idea to let you guys in on some of the latest Sonic remix tracks out there. So here is a breakdown of the 5 latest Works-in-Progress/Full Releases from OC Remix!
The first one is a very nice remix of Angel Island Zone from Sonic 3 by remixer ‘The-Real-Syko’, simply titled ‘Angel Island Zone {Remix}’.
OC Remix Link: http://www.ocremix.org/forums/showthread.php?t=19688
Syko has created a remix that doesn’t deviate from the original song too much, it is this point exactly that his track has received criticism for in the comments following this WIP. Syko’s response was that he see’s too many remixes falling away from their original track, and it was this reason that he wanted to keep the original track in-tact. I personally agree with Syko on his point and feel he’s made a really nice techno addition to the existing Angel Island Remixes.
The second track I have for you is a Lava Reef remix by Willrock07.
OC Remix Link: http://www.ocremix.org/forums/showthread.php?t=19858
Willrock07’s remix of Lava Reef has gone down very well with all who commented on the topic, with a lot of people saying that it’s a great candidate to be added to the OCR library. This is another track that follows the same style as a great deal of tracks at OC Remix, and it doesn’t fail to succeed in doing that. A track well worth a download.
The third track is by OC Remixer Starblaz. He has created ‘House on the Hill’, a remix of Green Hill Zone.
OC Remix Link: http://www.ocremix.org/forums/showthread.php?t=19816
Starblaz (Evan Pattison) uploaded an unfinished track for this entry as his project file become corrupt. I don’t want to be harsh and say ‘it shows’, because it doesn’t. There are other reasons why this is not a fantastic remix, for example, the track features very little music from the original track. Even though the track is produced very professionally (so well, it’s actually a really good house track), it sort of defeats the point when most of the track doesn’t resemble the original source.
The forth track is another from Sonic 3; DarkeSword’s Ice Cap Zone remix Polar Crush.
OC Remix Link: http://www.ocremix.org/forums/showthread.php?t=20186
DarkeSword (a contributor to the Christmas Chaos album) released this song without the intention of it being submitted for OCR, he just released it for the holidays. He has taken the PC version of Ice Cap for remixing and has done a very nice job of it. Not many people have remixed this version of the song, and personally, there are not many Ice Cap remixes I like from any version! So I am delighted that someone has created a track that works very well.
The fifth track is one of my favorites. Not for quality value, but for novelty. Remixer Jaybell has created an acapella version of Sonic 2’s Mystic Cave Song.
OC Remix Link: http://www.ocremix.org/forums/showthread.php?t=19697
This track has been received amazingly well by the OCR community. Jaybell says that he created this in ten minutes and it’s this sort of quick production that has probably made it so raw and great to listen to. I think that even though this track is a WIP, it should be left as-is and released fully on OCR. One member loved this so much that they went onto say that there should be a remix project that’s entirely acapella! XD
BONUS TRACK! http://www.ocremix.org/remix/OCR01712/
This is one of the latest full Sonic Remix releases on OCR. It is co-remixed by DarkeSword (another track, I know!) and Sixto Sounds. It is a combination of three songs from Sonic’s original game. These songs are Final Zone, Green Hill Zone, and Marble Zone. It features some heavy rock variations of the original tracks and is very, very well produced (I guess two heads are better than one).
Well, there you go, 5 great tracks to add to your collections. I hope you enjoyed them all; there are some really good tracks there. Look out in the future, once there are 5 new tracks on OCR I will report back!
If you have any news about anything regarding community related Sonic & SEGA stuff then please post them to us via the News Tips section. I will get right on it and write it up for you on here.