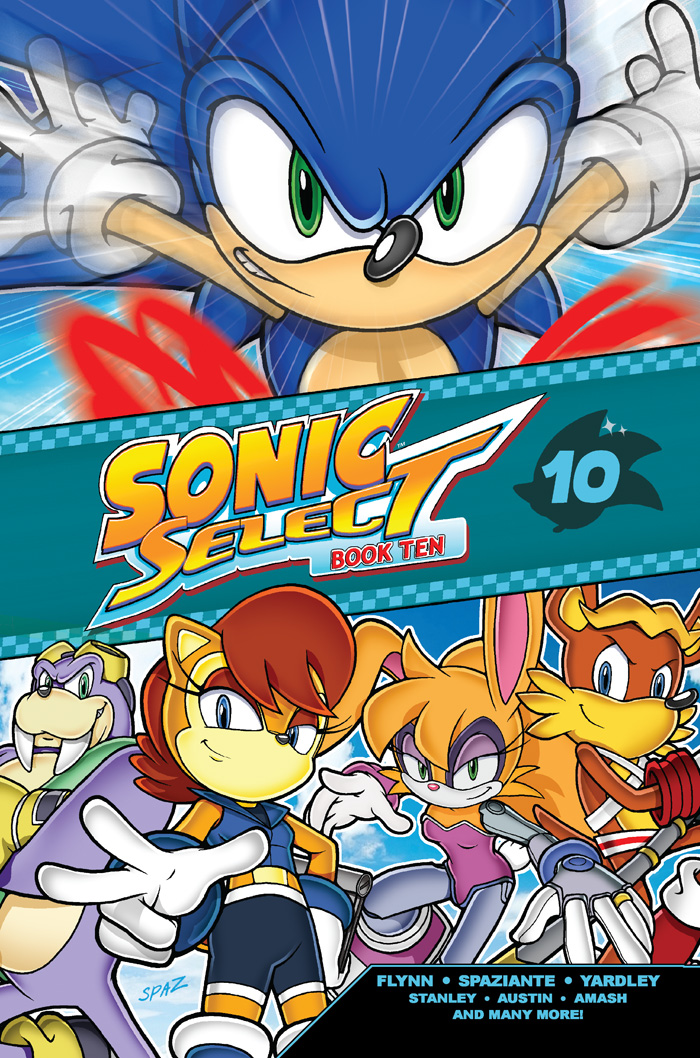 You may recall a month ago that we reported on three Archie Sonic comics coming in December. It seems that was just the beginning. ComicVine has reported that Sonic Universe #71 and Sonic the Hedgehog #268 will also be coming out at the end of the year.

That’s not all. Sonic Super Digest #10, Sonic Super Special Magazine #13, and  Sonic Select #10 are all expected to come out too. This also includes the previously reported Sonic Boom #3 which now has a summary along with the other five comics.

All of the comics will be shipped in December but a couple won’t be on sale until early January. 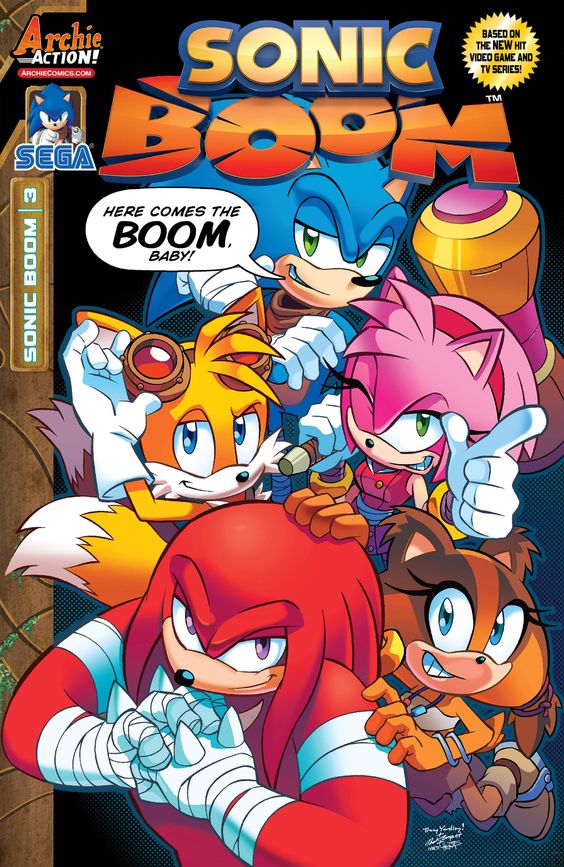 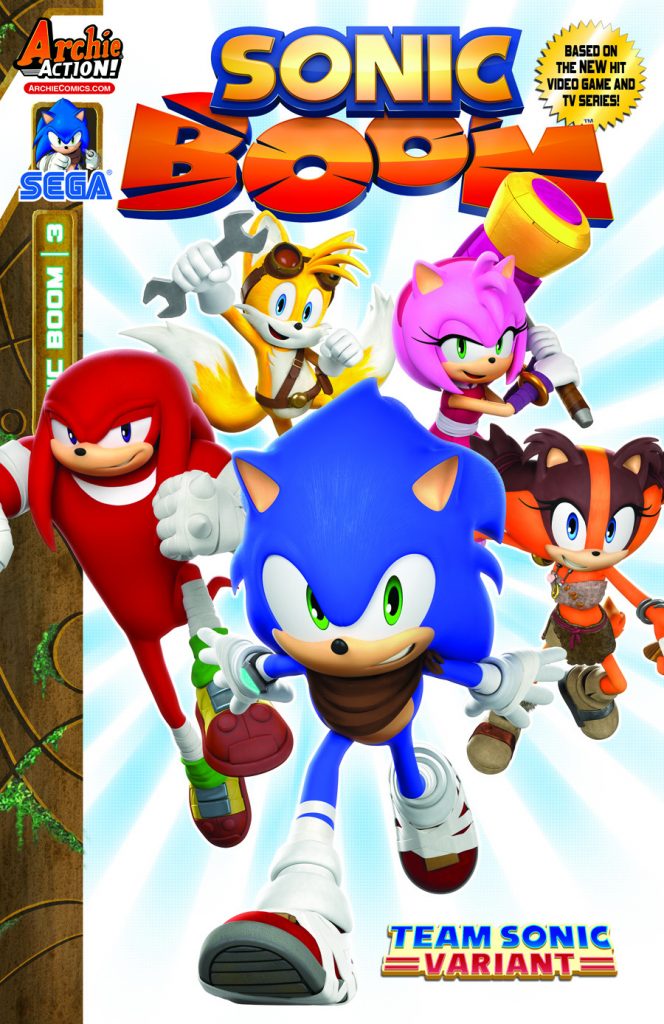 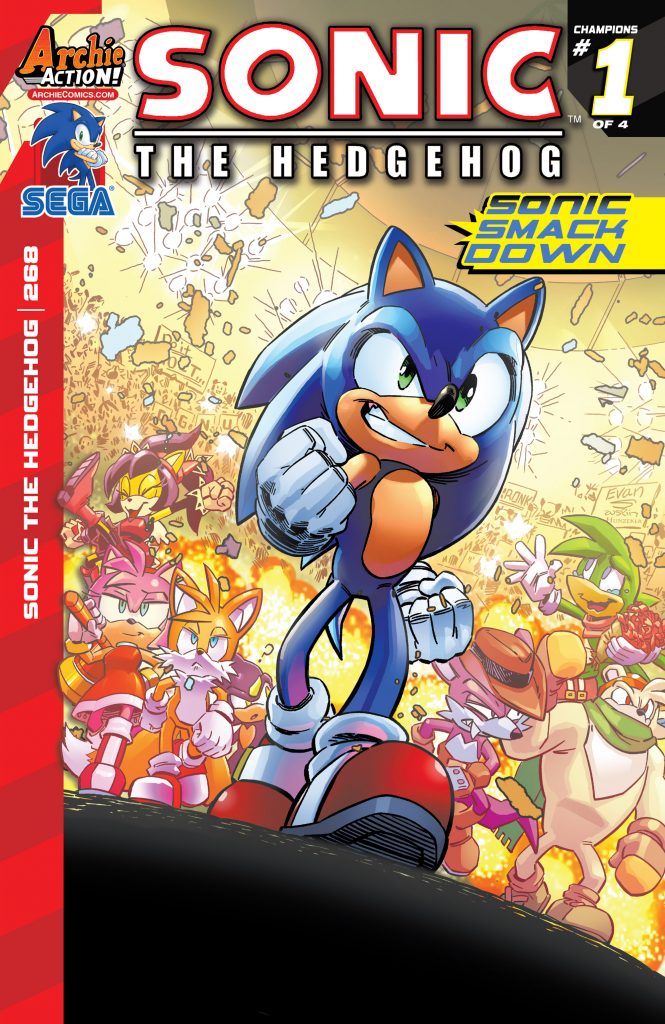 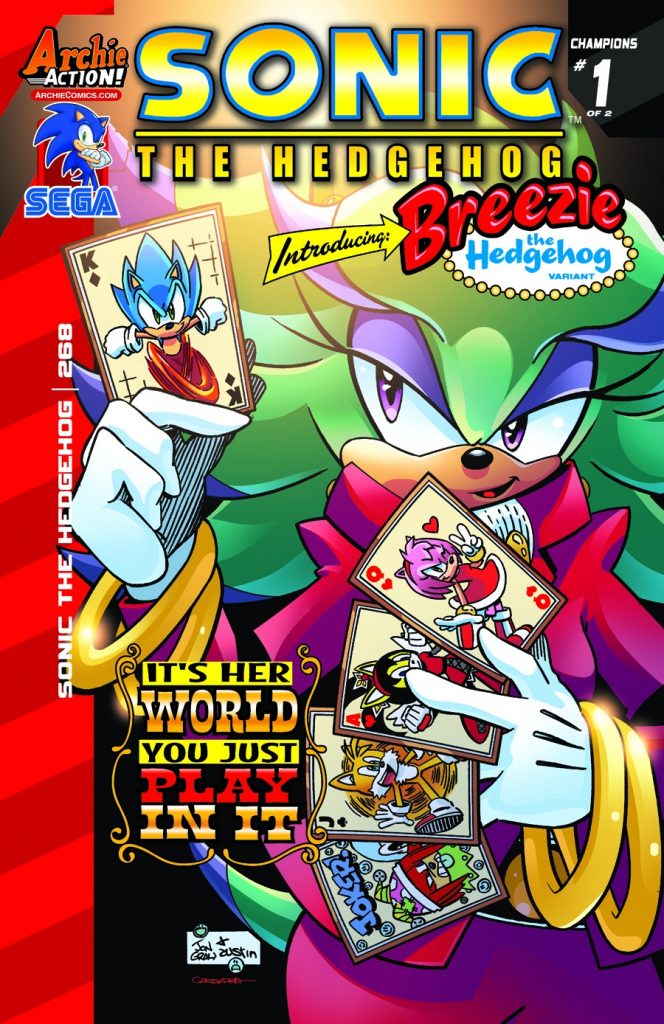 ALL-NEW STORY ARC! “Spark of Life” Part One: Nicole detects a distress signal from the Digital World—but how can that be if nobody is supposed to know about the Digital World?! Sally, Tails and Big must travel to Isolated Island to answer the call for help! Who is Dr. Ellidy? And in what way does he link the lives of Sally and Nicole? Featuring a stunning new cover by Tracy Yardley and “Web Lynx” Variant cover art by rising Sonic star Rafa Knight!
Script: Ian Flynn & Aleah Baker
Art: Tracy Yardley, Jim Amash, Jack Morelli and Matt Herms
Cover: Tracy Yardley & Ben Hunzeker
Web Lynx Variant Cover: Rafa Knight
Ship Date: 12/10
On Sale Date: 12/24
32-page, full color comic
$3.99 U.S. 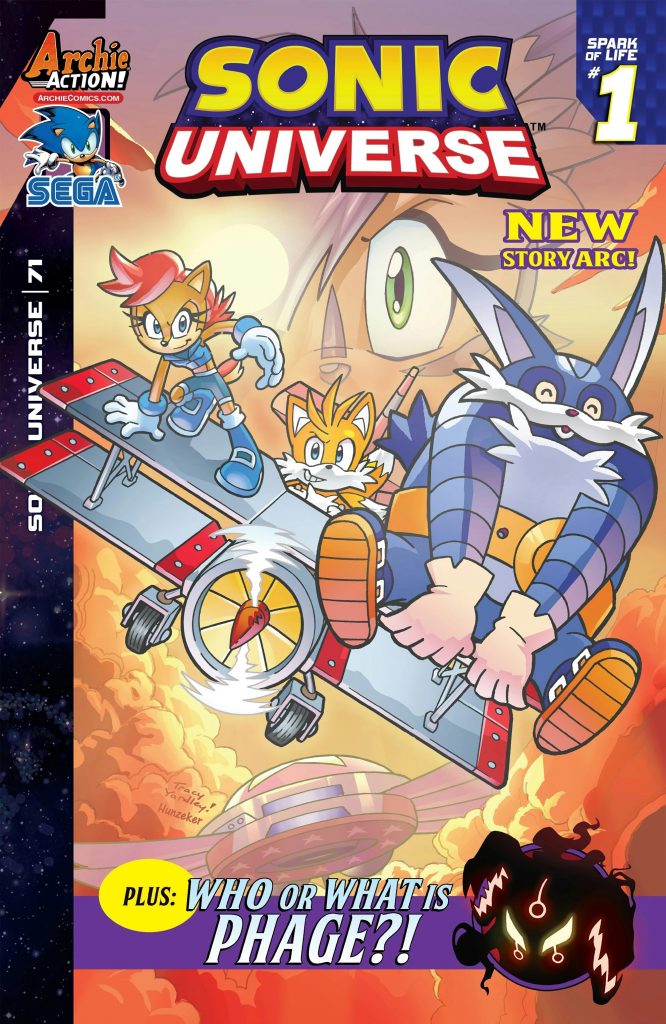 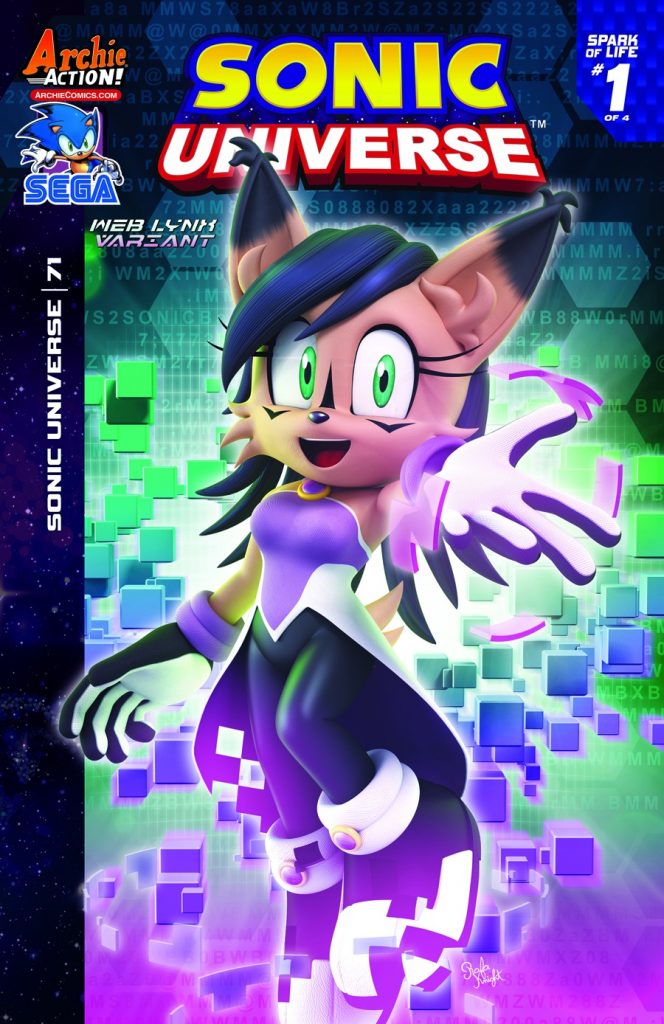 Get ready for fun & adventure—it’s Sonic Super Digest! Featuring classic stories from the comic’s 20+ year history! Join Sonic and his friends as they embark on daring adventures, face evil villains and save the day one chili dog at a time! This month features a special spotlight on the newest Sonic comic series from Archie Action — Sonic Boom! Check out awesome BOOM cover art, features and a special preview of the anticipated new series! Plus stories featuring Shadow and Knuckles in the wake of the epic “DARK TRILOGY,” and everyone’s favorite FF leader Sally Acorn! Spin into the fun that only Archie Comics and Sonic Super Digest can bring! Featuring bonus content you can only find in this exclusive digest collection!
Script: Ian Flynn & Various
Art: Various
Cover: SEGA
Ship Date: 12/3
On Sale Date: 12/17
128-page, Full Color
$4.99 U.S. 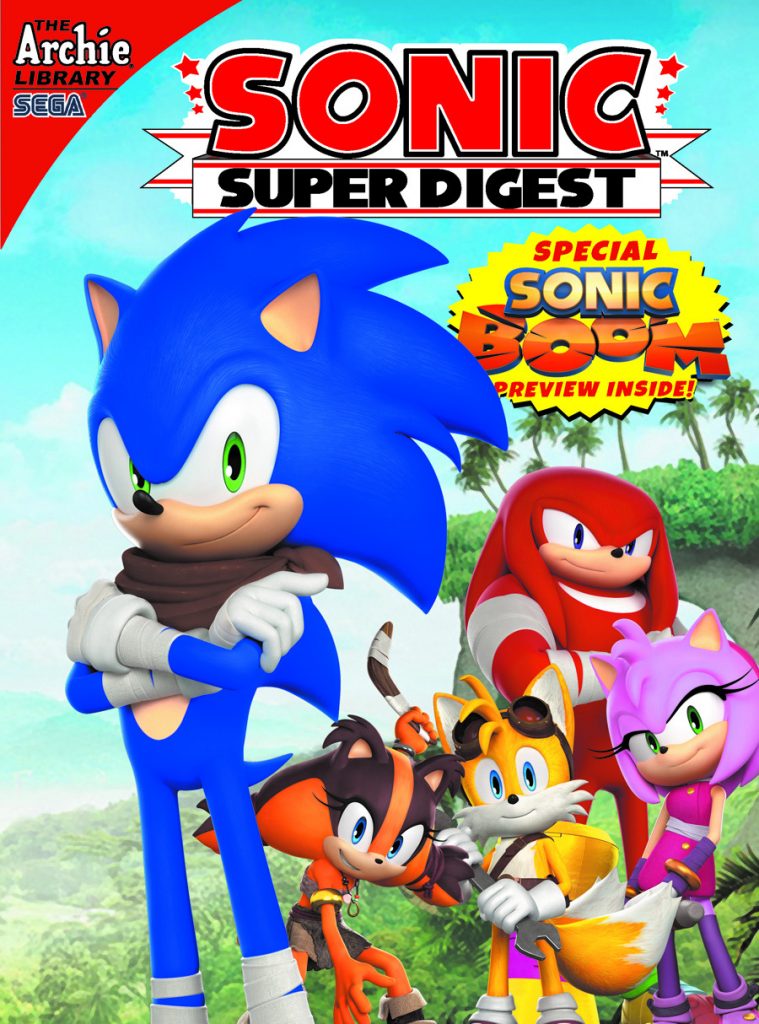 “Sonic Boom-tacular!”: The mega-magazine stuffed with Sonic goodness comes speeding at you with exclusive SONIC BOOM special features, awesome art from the comic series and the inside scoop on the biggest Sonic event in decades! SONIC BOOM is the newest Sonic sensation bringing brand new games, cartoons—and now—comics!
The SONIC SUPER SPECIAL MAGAZINE gives you the world of Sonic the Hedgehog comics as you’ve never seen it before, with tons of comic stories, special features and exclusive articles on the latest and greatest in the world of everyone’s favorite blue hedgehog-hero! Featuring an awesome special FOIL cover featuring the cast of Sonic BOOM!
Script: Ian Flynn
Art: Various
Cover art provided by SEGA
Ship Date: 12/3
On Sale Date: 12/17
128-page, full color comic
$9.99 U.S. 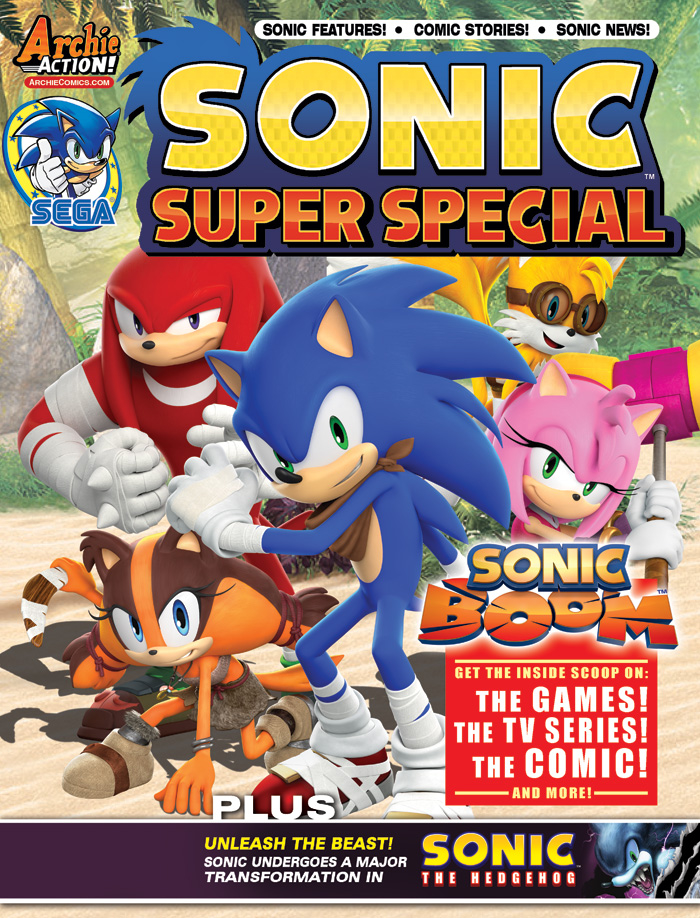 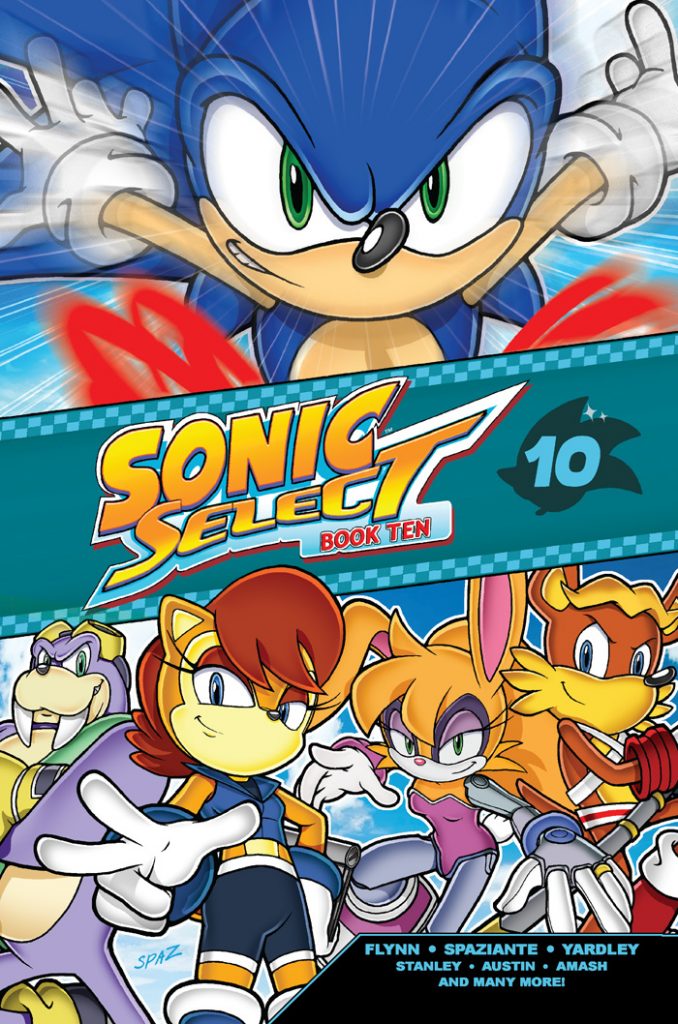 All nine covers are in the gallery provided below. Three of them are variant covers, including the previously seen Sonic Boom #3 cover. Another variant cover shows a character whose name may ring a bell to some: Breezie the Hedgehog.

Kevin
386
A classic look with a modern twist.