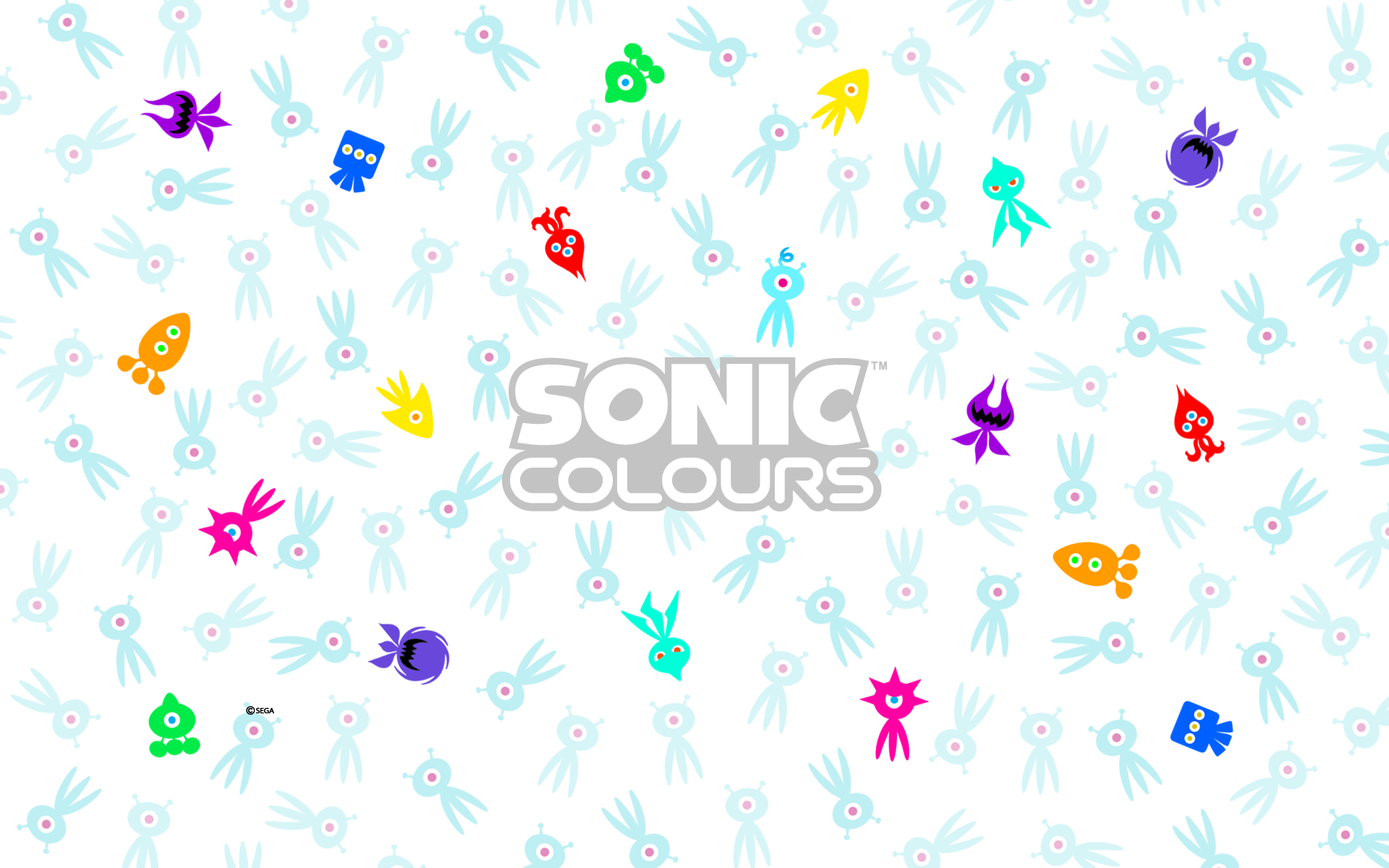 Ironically, during the last few Sonic games a fair few community guys have come up to me and gone “why don’t you give yourself on Wrecks a proper exclusive every now and then?” of course I go, “well that’s not really how its done.”  But Sonic Wrecks is hardly a small website and ignoring it wouldn’t be particularly useful. Its “The Big Three” for a reason after all, even if we’re the junior member at the kiddies table half the time. So for that very reason we’ll be having a few more notable pieces of news every so often.  The first one is our exclusive Sonic Colours wallpaper, which is similar in style to Sonic Retro‘s from a week ago.

You can download the European, American and even the JAPANESE version of the wallpaper.  A couple of clever people have twigged that the numbers on the wallpapers so far haven’t been in sequence? Well a third thing you’ll be able to see are some previews of the remaining two wallpapers to come… but where will they end up?

My guess is you’ll have to keep an eye on the SEGA/Sonic social media accounts to find out.