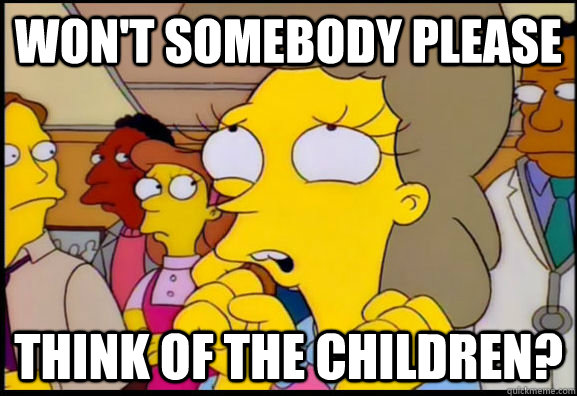 A battle between the British government and the Games industry as a whole has erupted today over a print ad placed by an awareness campaign called ‘Change4Life’. The government initiative supported by the British Heart Foundation, Cancer Research UK and Diabetes UK has been designed to educate parents about the risk an unhealthy lifestyle can have on their children. The print ad in question features a despondent looking child slouched cross-legged on a floor holding what appears to be a PlayStation controller. The text above the child reads “Risk an early death, just do nothing”.

News of the advertisement first broke on videogame trade website MCV a few days ago back on March 6th. The first reaction came from ELSPA director general Michael Rawlinson

“When we became aware of the adverts we were surprised as they contradicted much of the discussion that we had enjoyed with the Department of Health. We immediately called for an urgent meeting with its officials responsible for Change4Life.
“Following that meeting we have been informed that the ads are the responsibility of the NGO’s listed. We are now taking the matter up with these organizations and informing them of the responsible position taken by the industry as demonstrated on our Ask About Games website.”

But it was MCV themselves who decided to make an official complaint about the advert to the Advertising Standards Authority. MCV complained on the grounds that the ad was ‘unrepresentative of the positive effect video games have on the UK’s youth’.

‘The advert implies to its audience (parents) that, by preventing their child from playing games, they will help ensure their future health. Not only is this strictly not true, but runs the genuine risk of hurting small businesses.’

Sega Europe president and COO Mike Hayes told MCV this morning: “Naturally we were very disappointed with the inference created within the Change4Life press advertisement. It remains a deep frustration that video gaming is selected to present a negative image of the UK’s children, youth, consumer at large and the industry.
“Television, radio, cinema, listening to music, computing, video gaming and of course, reading all require a high element of passive participation, but of all these media types it is video gaming that provides the most potential interaction and activity. It seems that an advertisement has been put together by a poorly informed advertising agency.”

This effectively opened up the floodgates with Codemasters and Konami offering their opinion on the ad among many others.

Codemasters CEO Rod Cousens told MCV: “Governments have a unique ability to get it wrong. Their track record to do so spans centuries. As usual, they are out of touch, respond too late and their so called facts or intelligence is normally flawed. This is certainly so in this case. They are ignorant of the good that video games do. Look at The PaddingtonAcademy, look at social interaction skills, look at the support of sporting events, look at support given to prospective Olympic hopefuls via The Ron Pickering trust in the past, look at help provided to worthwhile causes such as LIFT and charities for young people with learning difficulties, epilepsy, meningitis, blindness and schemes for schools which are advocated by governments but which presumably should not now benefit? It says a lot that those charities involved in the campaign did not have the antennae to approach the games industry. Maybe, it’s a case of: ‘What do they know anyway…’”

UK general manager of Konami Peter Stone added: “Konamihas long been at the forefront of active video games, withour Dance Dance Revolution series recognised as a landmark title within the genre for over ten years. The game has been proven to aid fitness and has had a calorie counter as part of its content for many iterations. As such, we refute the accusations that gaming is a sedentary pastime, and feel such comments are damaging and do not reflect the wide range of activity-related titles that are both available and immensely popular.”

Future who publish the official magazines for PlayStation, X-Box and Nintendo in the UK were equally damning

Publishing director of Future’s games portfolio James Binnstold MCV today: “Using a child with a joypadto illustrate Change4Life is crass and misleading. The negative associations withgaming could be long lasting. There is no arguing that the campaign’s underlying message about premature deathis incredibly important – but the government would never risk the wrath of showing a child sitting still reading a book to illustrate their point. Games and gamers are a soft target. No-one has ever got fit by standing on a book, whilst games like WiiFit can kickstart an exercise regime.”

Coincidentally WiiFit has been in the top 10 of the UK all format chart for a considerable amount of time, even enjoying an extended run at the number one spot after Christmas as people all over the country tried anything to help exercise away the Christmas excess.
Sony has kept from commenting directly but is understood to be considering legal action in the wake of the advert as the joypad held by the child appears to be that of a wireless Duel Shock or Sixaxis controller.
The Government refuse to acknowledge that any damage could be caused to the games industry and seem happy to spout facts and figures about obesity in children. When the Department of Health was questioned about the advert they defended it vigorously stating:

“The campaign takes a direct approach, setting out the issue in succinctly and in straightforward language. An unhealthy lifestyle, including poor diet or being inactive, can lead to health problems in later life.
“We are not saying that children shouldn’t play computer games or eat treats, but parents and children need to be aware of the benefits of a balanced diet and an active lifestyle. The activities portrayed are examples of poor diet and lack of physical activity.”

Despite alienating an entire industry and millions of gamers across the country Change4Life claims they are  ‘surprised’ at the reaction to their advertisement.
Andy James, Director of Relationships and Marketing at Diabetes UK and spokesperson on behalf of the British Heart Foundation, Cancer Research UK and Diabetes UK Change4Life partnership told MCV:

“We’re surprised at this reaction to our campaign to tackle childhood obesity. Obesity is a massive risk to our nation’s health, and a growing problem for children in the UK. If current trends continue, a staggering nine out of ten of today’s children will be overweight in 2050 – leading to an increased risk of heart disease, Type 2 diabetes and certain cancers in later life. Of course we are not saying that children should not play computer games – but we are saying that children need a balanced and active lifestyle. Our campaign aims to increase awareness of the consequences of an unhealthy lifestyle and give parents the information they need to make informed choices. Designed with input from parents, our adverts examining diet and exercise inform parents that children need an hour of physical activity every day to reduce their risk of becoming overweight or obese as an adult.”

The videogame industry continues to be a scapegoat for many of society’s ills. Be it kids becoming lazy, obese, unfit and despondent all the way to the extremes of the spectrum allegedly training kids how to steal, kill and generally be desensitized to violence. Change4Life hasn’t set out to ruin the games industry but their efforts to shock parents into action have offended a great many more people. Ultimately it is the parents who should always be aware of the time their kids are spending in front of the television in any capacity, as it is their responsibility to know the types of films they watch, music they listen to and games they play. It’s common sense that people should lead a balanced healthy lifestyle so the real disappointment of this story is that the British Government felt it necessary to use taxpayers money to remind people of this fact in the first place.
MCV have uploaded a high resolution version of the advert for you to take a look at. 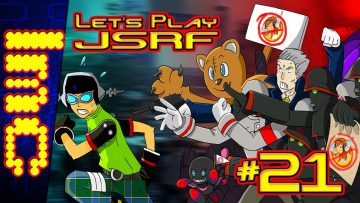