Home Articles VR vs. VR vs. Palmed Off

Are we really talking about Palmer Luckey and Oculus here again? It seems like only yesterday I was writing about him here either as part of my multi-part 2017 predictions, or his absence from Oculus Connect 3, or my piece on what exactly Oculus could do following his self-imposed virtual reality (VR) exile pack in 2016. A two-parter that rather annoyed some people at the company if word that got back to me on the grapevine is true. In fact I suspect that Palmer Luckey is, as I approach a year of doing this weekly spray of words I call a column, perhaps the single most common factor in all my articles to date. That’s not a deliberate choice – far from it. Unfortunately if you do keep putting yourself in the mire you’ll end up having people discuss it. And Luckey does seem to have an unfortunate knack of getting himself in all kinds of public relations jams. 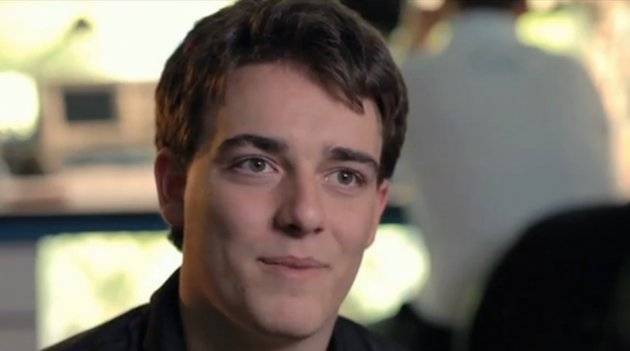 If you missed what happened incidentally, I should probably explain. Not the full story, because lord knows we’ve gone over that often enough. I recommend clicking the aforementioned other articles if you want ‘the story so far’; but to bring us up to date after the final (yeah, right) resolution of the ZeniMax lawsuit and pretty much at the same time as the first anniversary of Oculus Rift’s launch at retail Luckey is now gone from the company.

The slightly strange thing is we still don’t know if he was pushed or if he jumped. Luckey himself has yet to issue a statement on the situation, the last message from him being his September 2016 Facebook post apologising for the whole “NimbleRichMan” issue. Facebook issued a statement to the Agence France-Presse (AFP) stating that:

“Palmer will be dearly missed. Palmer’s legacy extends far beyond Oculus. His inventive spirit helped kickstart the modern VR revolution and helped build an industry. We’re thankful for everything he did for Oculus and VR, and we wish him all the best.”

They then refused to clarify further as to whether or not he fell on his virtual sword or not.

If Luckey was indeed shown the door the timing is a tad odd, since the team at Facebook frankly had plenty of reason to do so before now and if it was a case of just waiting until the trial was over and things were wrapped up that’s… pretty cold. Especially on the anniversary of his creation (lawsuits not withstanding) going to retail. If he resigned now, then it’s also unusual timing since he had effectively weathered a storm that anyone else in the company would not have had the chance to do so, and it seemed like he was being positioned to take on a new role as the company reshuffled people around after Brendan Iribe’s move back to a more hands-on role. It’s not like the trial was the end of matters either. Which people should take into consideration.

He has been, arguably, at the eye of the storm that is VR since the initial announcement of its second coming and now we have to come to terms with the fact that he will no longer be involved in Facebook or Oculus’ operations. But that doesn’t mean he is gone from VR.  Both ZeniMax and Oculus/Facebook have indicated that they will meet in court again with neither side entirely happy with the results of the initial case. Whilst other cases are going to spring up as well that might require his testimony. He’s not escaping that for some time.

Moreover he just doesn’t seem the type to just give up and disappear entirely. 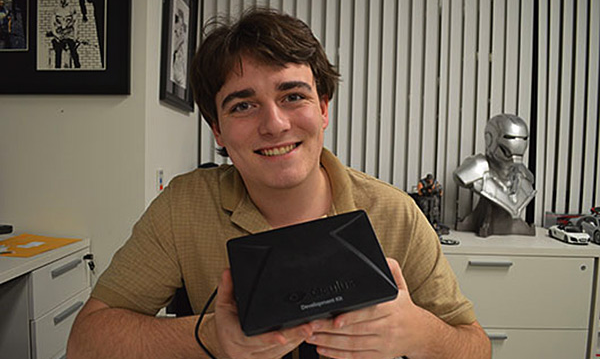 I’ve never met Palmer Luckey, but everything I’ve heard about him from people who have and everything I have read about him online and in print and seen in interviews doesn’t suggest to me someone who would just walk away from the dream he cooked up in his parent’s garage. No one has ever denied his enthusiasm and passion for the technology, or his pride in what has been achieved.

“Palmer’s enthusiastic about everything.” Oculus’ Christopher Dycus told Smithsonian.com back at the end of 2014 when things were starting to take shape. “Like, go ask him why McDonald’s isn’t actually that bad for you, and you’ll get talked to for an hour.”

If time and adversity haven’t tempered the flame, as I’ve mentioned before, he arguably has a lot to give VR. And someone out there in a high enough place will likely be thinking the same. If he wants to continue creating he will, though he may have to wait out a no-compete clause in his contract. But he has money and he has time.

So the question is, baring in mind the baggage that might come with him – who do you think will make that offer?