A waterfall flows down from a series of floating islands, two characters look around excitedly. The temple is surrounded by lush greenery, trees, ferns and exotic flowers. The first character runs and jumps whilst the second holds on to their partners head and spreads their wings, helping them cross the gap together. On landing the green chameleon tucks into a ball whilst the bat begins to roll him with her feet, as one would if standing on a barrel, quickly gaining a speed that neither could attain purely on their own. They are quite a formidable pair already, and yet their adventure has not even truly begun.

Like a lot of gaming fans, the VRFocus staff spent a large part of last Friday afternoon staring open mouthed at our browsers as Playtonic Games’ Kickstarter project took the internet by storm. Playtonic Games is a group of former Rare compatriots who formed a new company to bring back the high in character, brightly coloured puzzle platformers of the N64-era in a video game that would be a spiritual successor to the Banjo-Kazooie franchise. This title, Yooka-Laylee, proceeded to obliterate its initial funding goal inside forty minutes, breeze past most of its stretch goals by Saturday and added a third and apparently final (at the time of writing at least) stretch goal set at the $1,500,000 (USD) mark.  Something that with over a month to go on the campaign and less than $50,000 away it will surely achieve. 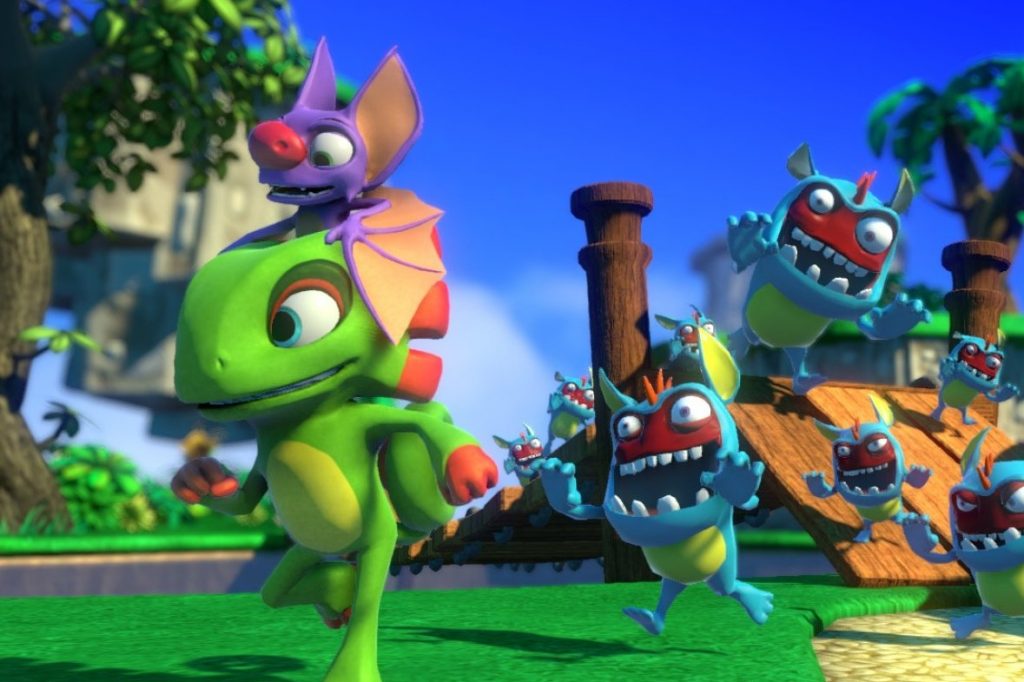 However one stretch goal that is currently absent, but one that VRFocus would certainly like to see would indeed be the addition of virtual reality (VR) to the mix. Could it be done? Could we see Yooka-Laylee in VR?

Well from a funding point of view… yes, obviously it could be. From a practicality point of view you would need to consider the balance in terms of what the game could be with what the developers want it to be. Yooka-Laylee is aimed specifically to be the modern take on the Nintendo 64-era of adventure platforming. Such a game is already being done in VR, of course, in Lucky’s Tale. More importantly, it’s already been shown to work; people are excited about the product. But for Playtonic Games it might well be that it thinks that using VR just wouldn’t work with their project. Which, if so, is a pity, because the likes of Yooka-Laylee are exactly what the VR industry is asking for.

What we have in Yooka-Laylee is something of a touchstone for the ‘modern gamer’ in this public-funding era. It shows just how willing a gamer will be to pay if you just give them what they want – such is also true for VR. The public don’t want VR to fail, they want it to succeed and if it works in a consistent way and is something they can connect with any lingering worries about it will disappear.

VR platforms need AAA video games, the industry knows that. Crytek and CCP are both working on such, the Valve leak from the other day relating to the HTC Vive also showed a push to include titles such as the already Oculus compatible Alien: Isolation on their platform. However whilst those are big titles, they don’t have the type of connection to the traditional gaming audience, that the likes of Yooka-Laylee has. For VR to succeed it needs not just the financial investment from the consumer base but emotional investment as well for it to be truly viable.

A traditional AAA game with one eye on the future is exactly what the doctor ordered, so even if Playtonic Games aren’t considering VR, the likes of Sony and Valve should at this point be hammering on their door to ask if they have heard the good word about VR There’s a lot of scope for VR use in Yooka-Laylee, from camera manipulation to various creative puzzles that could be made. The limits are just the imagination, and you can indeed only image what such creative minds could do if they took advantage of this new technology. Imagine Sony or Valve taking the stage at E3 and announcing Yooka-Laylee in VR as part of their line-up. This would be major news.

But that of course is the thing. Playtonic don’t need to do this.

Maybe it will happen. Maybe it won’t. One thing is for sure at a time when one spiritual successor is getting locked away from us on VR, this is one that could certainly kickstart a whole new wave of awareness and interest from a new (old) audience. It is up to the hardware companies to give them that reason to consider the platform, show how and why it could enhance the experience they are planning beyond what they originally invisioned. To embrace the future whilst also paying tribute to the past. VR needs the likes of Yooka-Laylee but they’ll only get it if they can show why Yooka-Laylee needs VR.

The article series Make it a (Virtual) Reality was originally written by the author for VRFocus.com. 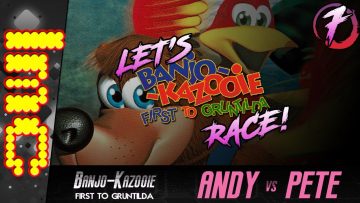