As I’ve mentioned before on ‘Make It A (Virtual) Reality’ every so often our ideas for the feature don’t come from our past experiences or as they sometimes do get based on the most recent video game release of the day. For instance Batman: Arkham Knight was a candidate for this article at one point until of course everything else happened that made the wish for VR functionality somewhat of a moot point when functionality in every other aspect was being desired. No, every so often the ideas come from you the community, as did today’s topic Total War which sprung from the desire of one of our Twitter followers to see a return of the BBC series Time Commanders which featured, though never mentioned, the Total War games. 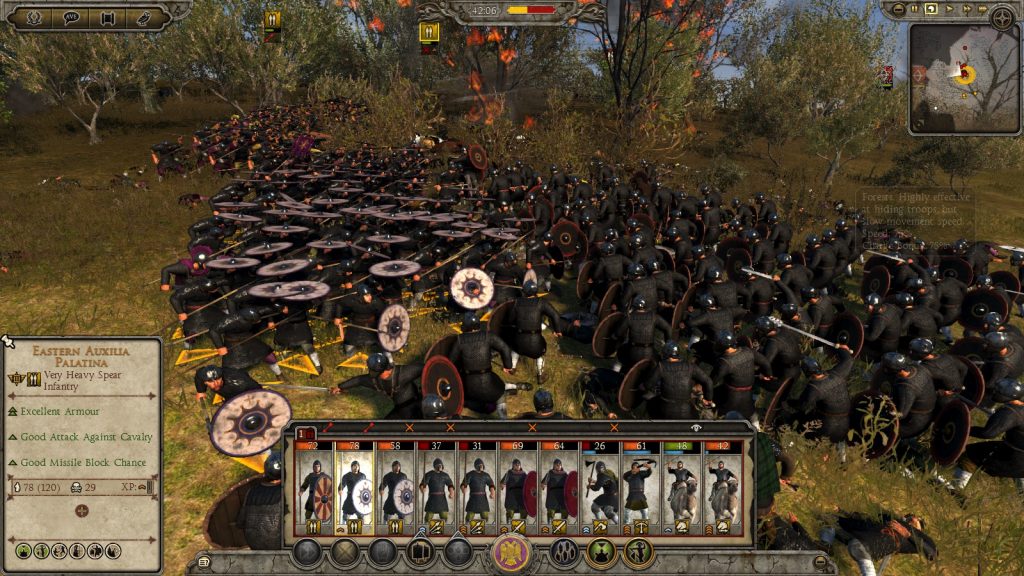 Now a slight disclaimer for transparency, I’ve actually worked on The Creative  Assembly’s flagship franchise in the past. I took care of their official blog for a very small duration. I do think it’s a great series and for those interested  ‘my’ Total War was actually the first Medieval Total War game – curse you Golden Hoarde!

So would VR make an interesting addition to the Total War series?

Well for a start let’s go back to Time Commanders. Part of what made the series a success was it allowed the Generals and the viewers to get completely into the battle, not just the tactics and history but to really be a part of the battle itself.  Total War requires you take an overview of the battlefield and this is where a VR display and interface could prove very useful. Navigation of the landscape, specifically if you had motion tracking of your hands to select units, locations and alter the view.  The ability to view the battle from all angles would be not only advantageous to a Total War General from a tactical perspective but would also give a fantastic experience if taken first-person.

Imagine if you could instigate a mode where you in all senses became your army’s leader. Their eyes would be yours so you would see the battle from their point of view. You could go in and around your units, inspecting them for damage or signs of imminent desertion you could then rally units and encourage them. If your leader is attacked what if you snap back into this first person mode in order to defend yourself – opening up a new gameplay mode in the process. It is one of those slightly odd quirks of the series that leaders of armies can be killed without you knowing. If you’re the leader wouldn’t it make sense that you’d know about someone hacking away at you with a sword? There would be an interesting and potentially frustrating degree of realism that you need to keep yourself safe in order to successfully lead the battle and defend yourself if necessary.

That is one idea anyway.

Unfortunately it is really the only uses of VR I can see being ultimately suitable for Total War as an extra viewpoint or control scheme. Would the game really be enhanced by the maps leaping out at you? Would the tactical portion of the game be enhanced by realistic horses you can reach out and touch? Not really. The first person battle mode would be the only aspect of the game I could see being a real VR enhancement. Would that and the viewpoint be enough to justify the extra development?

On this occasion, being realistic, probably not. Would I still like to see it happen? Oh yes. Truly feeling that you are in amongst the action as the Greeks take on the Romans, the French battle the English or even maybe now with the forthcoming Warhammer game see The Empire declare war on the Orcs would be quite the experience and VR headset would probably prove an interesting addition to battlefield viewpoints.

And ultimately ‘probably’ is probably not enough.

Inside The Pages: Worlds Unite Chapter 9