A new behind the scenes video from SEGA was uploaded today for Sonic Boom: Shattered Crystal. Included in the video is gameplay and an interview with Sanzaru Games. The interview itself doesn’t reveal much but they do explain just why Sticks was chosen as a playable character in the 3DS version.

Sonic Boom releases in less than a month from now on 3DS and Wii U. 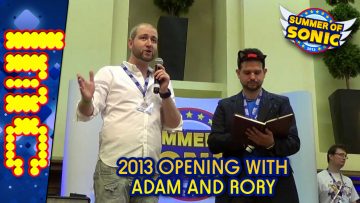