The second in Sonic’s Storybook series and a follow up to 2007′s Sonic & The Secret Rings, Sonic & The Black Knight couldn’t have had a more auspicious start. Leaked thanks to Nintendo Power (proving once again they have the subtlety of a drunk rhinocerous), the community immediately took a gigantic dump on the title crucifying it then burning its remains whilst dancing around it and chanting “Ooh Ahh Not 2D! Oooh Ahh Not For Me!”

After AAUK stepped in and exasperatedly explained that they were all being a irrational and immature for hating a game before they’d even seen anything of it besides a title and a CG render things calmed down somewhat. So lets get this out the way: Sonic is pulled into the world of Camelot by a girl who looks suspiciously like Shahra, is given a sword (yes Sonic carries a weapon, deal with it) and has to take on the possessed King Authur and his suspiciously familiar Knights of the Round Table and save the kingdom from the tidal wave of darkness…

This will be my first Wii title review, and since I’ve never touched a Nintendo console in the past…hmmm…Ten years? This review will definitely be a first for me. Sonic and the Black Knight (SBK for short) is the second game in the storybook series, which sees Sonic being summoned to old Anglia by a young female mage called Merlina, to help break the curse that has befallen King Arthur. Sonic’s face plants increase by one in this game as in the beginning sequence he hits the ground pretty hard face first.He quickly dispatches the enemies around him with his speed but is pulled away before he could deal with the Black Knight Arthur. This leads into the first training level which Sonic is equipped with a standard sword and it gets you used to the controls.

In SBK you use the nunchuck attachment to block and run, and the wiimote to use the sword and jump, which seems like a fairly decent setup, but caused me to swing partially like a maniac because around a quarter of my attacks never registered at all though I’m guessing that’s because I’m a novice on this thing, this also leads to muscle aches but the inside booklet does say to take a rest every now and then as I was cunningly reminded the time I complained about it.

During the gameplay you run and then stop to dispatch enemies so don’t think you’ll be on a free run most of the time. The springs are changed into blue fairies which will either launch you forward or spring you up into a certain place. There are also fairies to collect; the gold ones give you rings from in the form of five and the red ones fill up your soul gauge. The soul gauge is a handy thing that comes later in the levels which allows you to kill mass amounts of enemies in slow motion, the other thing you can get during missions is treasure chests which adds to your things to identify at the end of a level, but this doesn’t come in handy until the very last part of the game. Only then you can forge weapons which get more powerful.

Another thing while in game is to stop and initiate a little Quick Time Event to give rings to the peasants of this realm in an act of chivalry, sometimes you get a gift from one as well and for follower bonuses, which will increase your Knight Ranking from the basic start of Knave.

There are three different skill sets that Sonic can have Knight, Paladin and Cavalier that latter two only unlocking near the end of the game. Knight being the first one you start off with and being a balanced set, Paladin is the power set and Cavalier is the speed. The skill of each one can be raised with how long you play with each one.

After the showdown with King Arthur the credits roll, but afterwards the game continues onto the second part, and the three knights that you fought become unlocked; Blaze as Sir Percival, Shadow as Sir Lancelot, and Knuckles as Sir Gawain, and all have their specific trait carried over. Blaze can control fire and has more piercing attacks then Sonic, Shadow can use his Chaos abilities, and Knuckles has dual swords meaning he can glide and has a lot more power on his side.

The instrumental side of the soundtrack is above average with some of the tracks catching on than the others, same with the vocal tracks, as I found myself listening more to With Me which feature the vocals of Emma Gelotte and Tinna Karlsdotter of All Ends, and Live Life which was styled into power ballad and placed at the end credits more than Knight of the Wind which is the games main theme.

Get A Load Of This… Accordion? 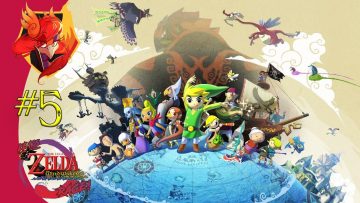