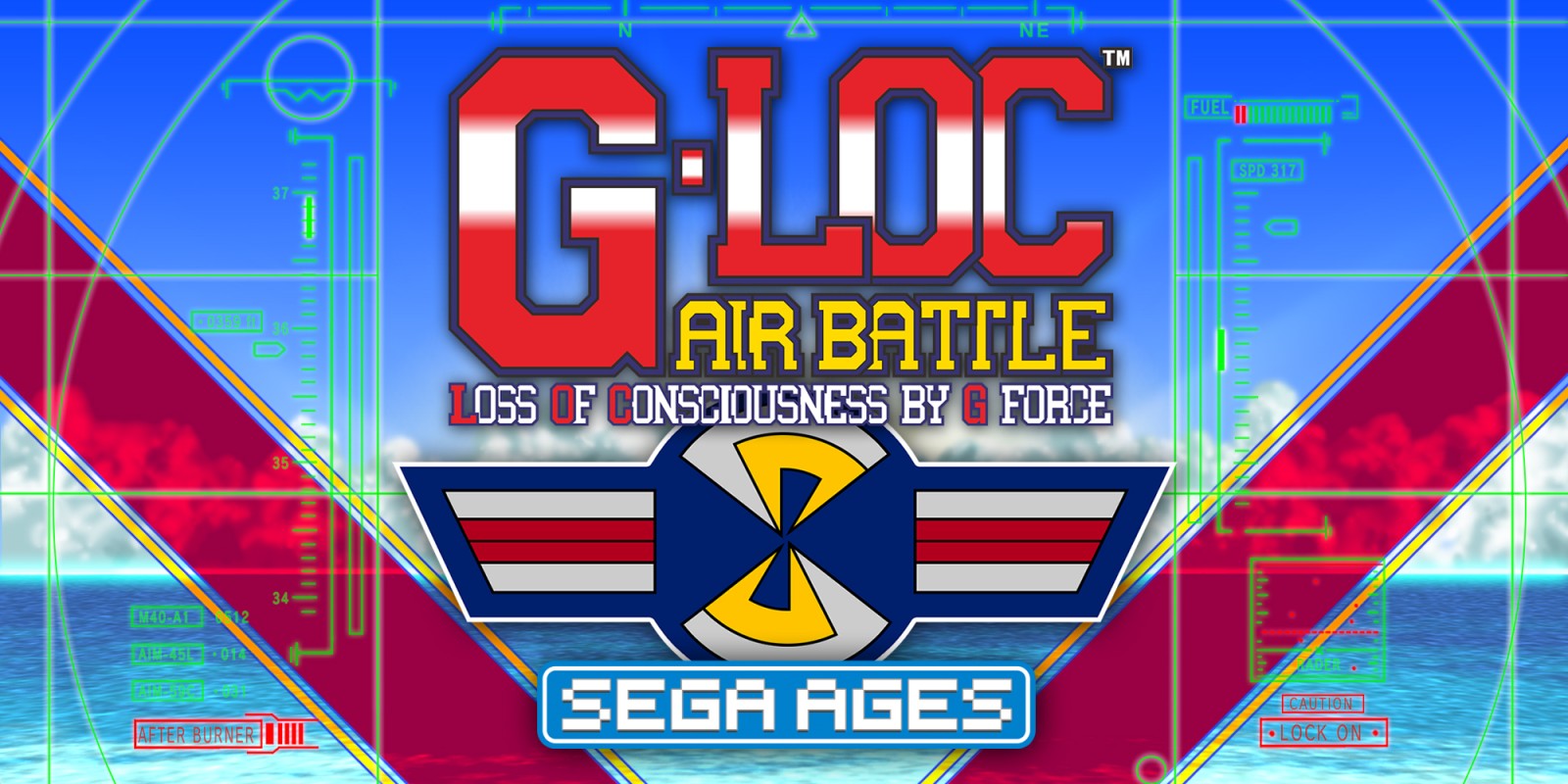 After Burner is one of those undeniable staples of Sega’s arcade legacy. It is fast, chaotic and has rad music. If you really got lucky, you’d know where to find a full-size After Burner cabinet, which included a moving cockpit. After Burner went on to see numerous sequels, ports and remakes, all the way up to After Burner Climax in 2006. But there was more than one way to pilot a fighter jet. Sega was determined to make lightning strike twice. 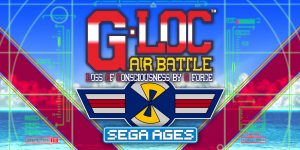 Enter After Burner’s close cousin, G-LOC Air Battle. At a glance, you might think of this as another After Burner sequel, but a number of key differences were made in an effort to set it apart. It really boils down to G-LOC aiming for considerably more realistic gameplay. Unlike After Burner, nearly all of G-LOC is seen from a first-person cockpit, where players must use a targeting system to launch missiles at a specific number of enemies per round, all while avoiding incoming fire.

It’s still plenty fast, but there’s ever so slightly more emphasis on carefully lining up shots, and waiting for your targeting system to lock on means you can’t just constantly dump missiles and hope for the best like you can in After Burner. Higher difficulties unlock more complex control options, nudging G-LOC closer to being more of a simulation. On Expert difficulty, you not only get control of the thruster handle, but the ability to control your jet’s tilt, allowing you to bank for turns and even fly upside down, if that’s your thing.

Unfortunately this is one area where Sega’s Super Scaler arcade technology (or something that looks like it, anyway) wasn’t quite up to snuff. Some stages take place in winding canyons as you follow a river, and it can be difficult to avoid wrecking into the rocks thanks to awkward perspective issues and stiff controls. In most levels it’s fine, but in these tighter, more narrow locales, it can sometimes feel unavoidable when walls don’t obey the laws of reality and somehow bend right into your jet.

M2’s Sega Ages work remains, as ever, excellent. All the bells and whistles we’ve come to expect are here — online leaderboards with replays, CRT filters, smoothing options, aspect-correct video output, and a handful of borders. This time around, G-LOC features a brand new type of border intended to simulate the infamous moving cockpits that both it and After Burner had back in the arcades. It’s nothing incredibly special, but like a lot of M2’s cabinet-style borders, it’s about the novelty and capturing the spirit of the arcade. A lot of arcade games like G-LOC Air Battle relied on experiencing some sort of novelty that was impossible on a standard game controller. With the effective death of the traditional arcade scene, paying tribute to that stuff is more vital than ever. M2 makes the world a better place by including silly gimmicks like fake cabinet motions — it’s a taste of something we cannot logically have anymore.

As with M2’s other Sega Ages release, G-LOC includes a brand new “AGES Mode” designed to tweak settings in an effort to make these games more enjoyable on a modern console. This time around, G-LOC’s AGES Mode increases the number of enemies while decreasing the length of time for your targeting computer to lock on. This pushes G-LOC further away from its simulation roots and a little closer to something like non-stop chaos of After Burner. It actually made me discover that After Burner itself hasn’t been given the Sega Ages treatment yet. Perhaps it’s a rights issue? Either way, G-LOC’s AGES Mode may satisfy your itch for something a little more frenetic.

And, really, there’s not much more to say about this game than that. Despite focusing more on the simulation aspects of dog fighting, G-LOC remains a very basic, simple game. It has plenty of stages — at least 16, but not a whole lot changes from stage to stage. Plus, given the entire goal is confirming a set number of kills in each level, a complete session of G-LOC can easily be under ten minutes. It’s just long enough to make you realize how repetitive the gameplay is. It makes for a rare case where I’m having trouble wrestling with whether or not I can recommend G-LOC Air Battle.

M2’s work on the port is stellar. As is always the case, the game is represented both lovingly and accurately. If you’re a fan of G-LOC, you could hardly ask for a better version of this game. But to be perfectly honest with you, this is the first time I’ve ever had to pay attention to this game. It’s a name I’ve heard in passing, but never heard anyone talk about, fondly or otherwise. Its choice as a Sega Ages title is a little confusing to me. I can understand making deep cuts and featuring games people may not have otherwise played, but this feels more to me like Sega wanted After Burner and couldn’t use it, given some After Burner games license real F-14 Tomcat fighter jets (G-LOC features made-up “Thunderfox” jets).

Unfortunately, G-LOC Air Battle lacks the immediate pick-up-and-play quality that made After Burner such a joy. True to its simulation roots, G-LOC is both more complicated and less thrilling. Not tons, mind you, but just enough to take the edge off. AGES Mode tries to help with that, but given how short and simple everything else is, it just makes the experience that much more fleeting. G-LOC Air Battle is the sort of game where I’m sure it’s tons of fun if you really dig into enemy flight patterns and learn how to maximize your score, but it’s a tall order to get to that point. I won’t begrudge anyone who says they like this game, but just the same, I think most people can safely skip this.

This review was originally written by the author for TSSZ News. Review code provided by Sega.