Those who know me from my previous work with Sega Addicts will be aware that the Aliens: Colonial Marines scandal, which I covered closely, disgusted me to my very core. Sega’s deceptive attitude and its push for pre-order sales was an abhorrent disregard of Sega and Alien fan loyalties. Needless to say I’ve been sceptical of all Sega activities ever since. Yet here we are a year later with Alien: Isolation on the horizon and a promise from Creative Assembly that things will be different this time.

So there I was, at EGX Rezzed 2014, having sceptical conversations with other sceptical Alien fans, standing in line to play the first publicly shown demo of Alien: Isolation. I tried to hold onto this scepticism as moved into the dark, curtained booth from which clouds of dry ice billowed and green stage lights shone. Sega had clearly spent a considerable amount of money on the booth, which was far larger, better staffed and generally more elaborate than any other offering at EGX Rezzed.

I eventually sat down with the PlayStation 4 version and made my way through the demo’s opening. “Don’t make noise! Don’t run unless you have to! Use the motion tracker sparingly! It’s hunting you!” cried the overly enthusiastic London accent coming through my headphones. But I already knew the score – somewhere in this area of the space station was a single, deadly xenomorph, and my goal was to make it from one end to the other with my face intact. 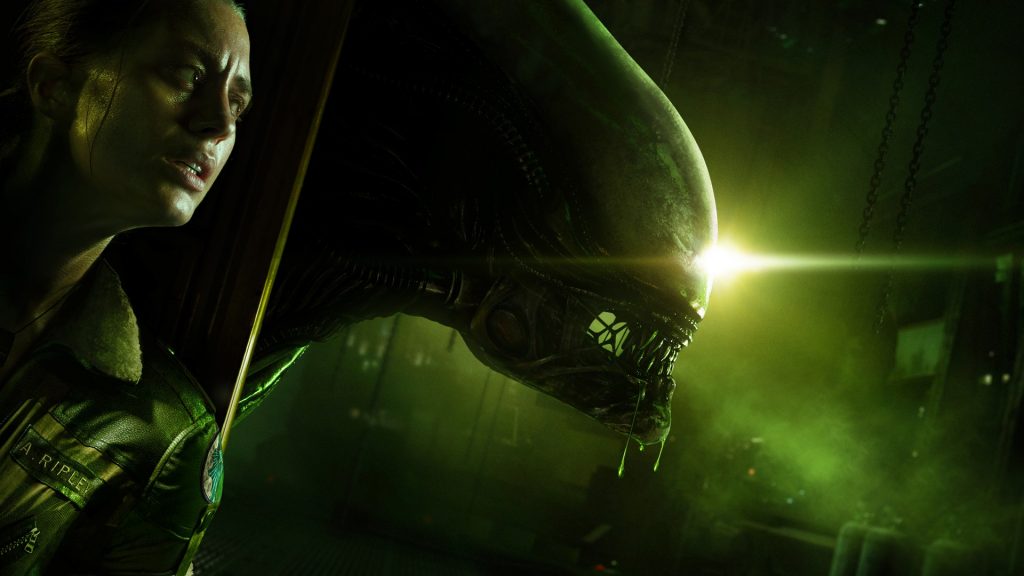 The first half of the demo – which is itself taken from halfway through the full game – is a shining example of videogame tension building. Unlike the brutish marines of past Alien games, Isolation‘s protagonist, Amanda Ripley, is a slow and realistic mover. This isn’t a criticism – I didn’t want to move quickly. In fact, as I made my way deeper and deeper into the dark and dusty station, I would often stop completely to gather myself and check the motion tracker.

Again, unlike with Colonial Marines, use of the iconic motion tracker comes at a cost: a blurring of the background. The other main tool is the torch, which can be focused onto distant objects, or be widened to illuminate a greater amount of the foreground. Neither tool is perfect, and the use of both involves risk.

The Total War developer’s attention to detail is, quite frankly, astounding. From post-it notes to photographs, readable documents to blueprints, half eaten meals to half empty ash trays, the deserted space station is littered with the remnants of its former inhabitants. I looked over some toys from the 70’s littered across a table before making my way to a cathode ray tube monitor whose green and black interface caught my attention. Amanda entered lines of code with a authentically chunky keyboard which then asked me to complete a simple and somewhat unnecessary hacking minigame.

Amanda hid under the desk as the alien emerged from a vent in a uncontrollable, first person cutscene. The jump-scare was ineffective, but I was now extremely alert and extremely concious of my surroundings. This particular xenomorph was unlike anything seen on screen in 30 years – a towering, nine-foot tall skeletal behemoth that stomped slowly and methodically around the room as it searched for prey.

It eventually walked away, or so my motion tracker told me. I crawled out of the room and watched it through a window. There it was, walking around in plain sight – not running, not jumping, not climbing – just walking. Considering the cinematography employed by Ridley & Co. when making Alien – which put an emphasis on fearing what couldn’t be seen – I was disappointed that the lumbering, biomechanical mass in Alien: Isolation didn’t make more of an effort to stay hidden.

Naturally, seeing the creature with such clarity destroyed the tension that had been successfully built up beforehand. The alien was creepy in the same way slow moving monsters from early 19th century cinema are, but it wasn’t legitimately frightening. Eventually my boldness led to the alien spotting me, sprinting towards me, and quite explicitly taking my life – shocking, but not scary.

The final part of the demo involved waiting 60 seconds for an airlock to open. If I got through the airlock I’d be safe, however the noisy 60 second countdown sent the alien in my direction. Although I’ve read other previews in which players hid in another room or inside a locker, I did exactly what 15 years of FPS playing had taught me to do – strafe around a box.

To my dismay, slowly crawling around and around the waist high, desk shaped cuboid was enough to evade the alien for the full 60 seconds. Granted, the alien seemed to “know” I was there, but since it couldn’t see me, it simply walked around. Between switching to and from the motion tracker and taking the occasional peek around the box, outsmarting the deadly creature was woefully simple.

Up went the airlock door. I sprinted inside, shut the door, and waved the alien bye-bye. The demo was over.

And so goes my 20 minute-ish experience with Alien: Isolation. The atmosphere was there, the attention to detail was there, but when the main event finally reared its phallic head, the fear was nowhere to be found.

It’s clear that Creative Assembly are genuinely passionate about converting the original Alien formula to the videogame format, but from what I’ve seen of the admittedly pre-alpha Alien: Isolation demo, I’m not convinced they’ll deliver. As such, my thoughts on Alien: Isolation have moved from cautiously optimistic to just plain cautious.

Alien: Isolation is due for release on Oct 7th 2014 for PlayStation 4, Xbox One, PlayStation 3, Xbox 360 and Windows. 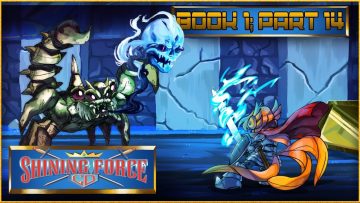