Pete Capella, Silver the Hedgehog’s former voice actor, has a resume of his previous works online for people to see. If past experiences have indicated anything it is that you never know what will be included on them.

Sure enough there is indeed a project on Capella’s resume that stood out: a project, likely cancelled seeing as how nothing is known on it and Capella hasn’t been voicing Silver in more than six years, called Sonic the Hedgehog: Awakening. 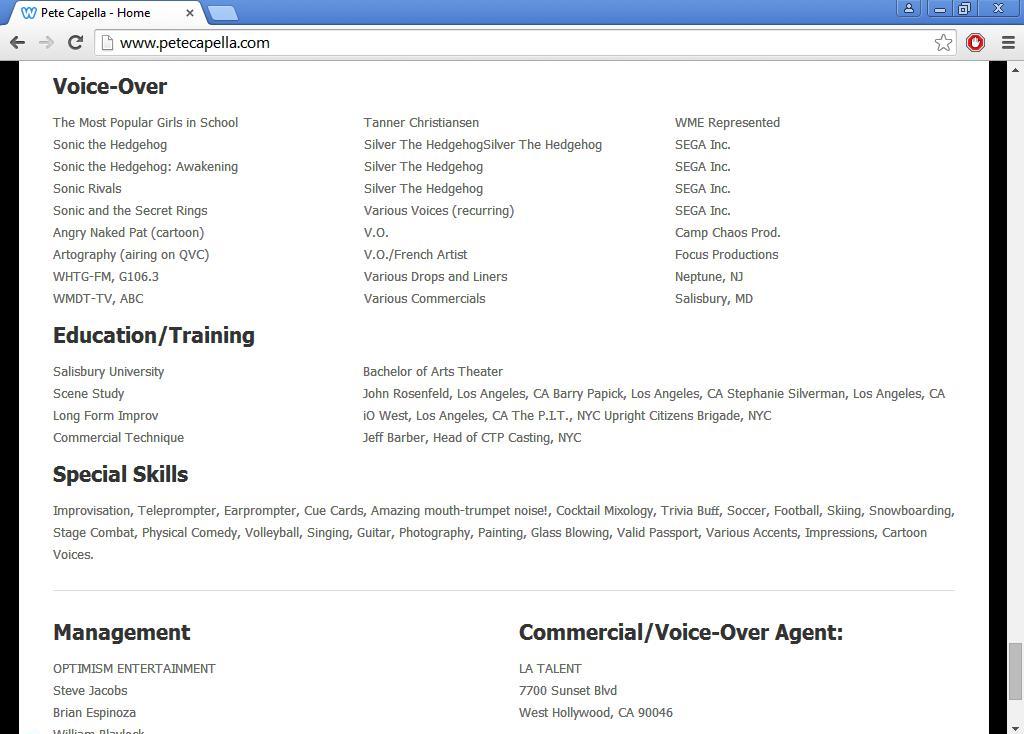 Capella was listed as having voiced Silver in the project but this is all we know according to Sonic Stadium, who discovered the listing.