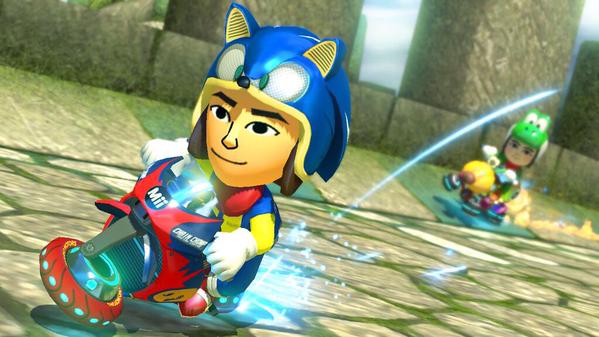 No joke. It is happening.

Today was the release of a brand new Nintendo Direct. Among the many announcements was news of an upcoming Mario Kart 8 update where more costumes you can use for your Mii via using an Amiibo in-game were coming soon. This also includes the release of new DLC and a 200cc class. However some fans may have caught something in all the news overload:

That’s right. A Sonic Mii costume will be a part of the update in Mario Kart 8, releasing on April 23rd. It isn’t much but those with Sonic Amiibos and a copy of Mario Kart 8 may have some more use of their speedy figurine. You can see the Nintendo footage showing off the costume down here.