Home News Sonic Forces: “The World Was Conquered By Eggman, So What Was Sonic Doing ‘Till Then?”

We already knew that the story of Sonic Forces involved Eggman succeeding and Sonic failing. And we also knew that there would be multiple “forces” that would be battling for the planet, which include Eggman and his army, Sonic and his friends, and then some unknown forces. However, we don’t know how all this came to be. According to Shun Nakamura, the game’s producer, he tweeted out the following snippet: “the world was conquered by Eggman, so what was Sonic doing until then?”

That, we don’t know. But now we know that Sonic’s whereabouts play some kind of role in what led to the events of Sonic Forces. 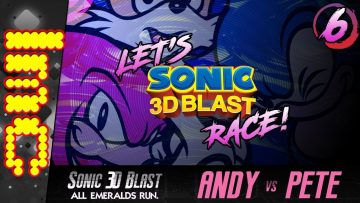