Home News SEGA’s Director Of Animation: “I Think The World Is Definitely Ready For Another Sonic TV Show”

Yukio Kusumoto had something interesting to say in a ComicBook interview:

ComicBook.com: Do you think the popularity of these shorts could eventually lead to a full on show in the same style? Is the world ready for another animated Sonic TV show?

Yukio Kusumoto: I think the world is definitely ready for another TV show, and I would love to work on it. There are several discussions and this is coming from me personally […] I would love Sonic to continue, so I’ll keep trying to put more stuff out there.

Who knows what this would be like, but with Sonic Boom being done for 2 years now, as well as the Tyson Hesse Sonic animations gaining more and more positive reception and momentum, there very well could be one soon!

A SPIRITED RACE | Dead By Daylight #5 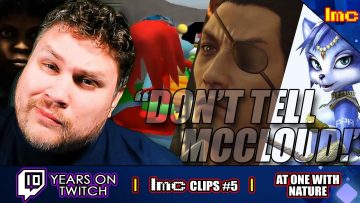