It is sometimes difficult to remember that the Riders series has been around as long as it has, with the original title coming out in 2006. But for all of its longevity as a spin-off however, break-out mainstream success just hasn’t gone hand-in-hand with it.

Regardless of this fact it seems that Sonic Free Riders has managed to do well  enough in Japan to warrant a Platinum re-release, as announced by the Japanese Sonic Twitter account. Whilst available now on NTSC-J format, there’s as yet no word on a Western release.   You have to wonder if SEGA/Microsoft will actually bother though considering its less than favourable reception.

Something that is also getting a Platinum release is Virtual-On Force, as being reported by our friends at SEGABits. Originally a title from December 2010 it’ll be getting a cover upgrade and like Free Riders is available now to order on Play-Asia. 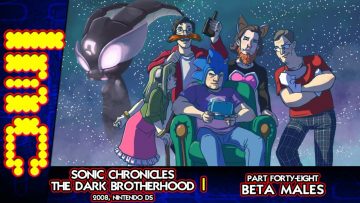