This is one of the few times where I am happy to say that we were not the first organization to pick this up.  Let’s be very clear that we are relaying a story first reported over at Sega Nerds.
Sega Nerds is running a relay of a story off of German Sonic site Sega Portal.  The site spotted what appears to be a swastika symbol as Sonic runs though the daytime Holoska level.  We have provided the image for your review below.  Look toward the circled area on the right.

There’s still some question as to whether the symbol is being used to convey messages of good in the game.  Before Hitler and Nazi Germany turned the symbol on its side to demonstrate its evil power in the 1930s and 40s, the symbol had a much different meaning for hundreds of cultures, spanning thousands of years prior to the regime.  In those cases, the symbol’s meaning ranged from anything from the sun to good luck.   There has been some speculation as to whether this was meant to be a Manji, which is from Buddhism.  Other games in Japan have used the Manji but have then been edited for other releases worldwide.

Still, having a German Sega site pick up this information on the first wave of the game’s domestic launch–a launch meant to spring Sonic back into the mainstream after the abomination of the 2006 Sonic the Hedgehog–is not something Sega needs right now. 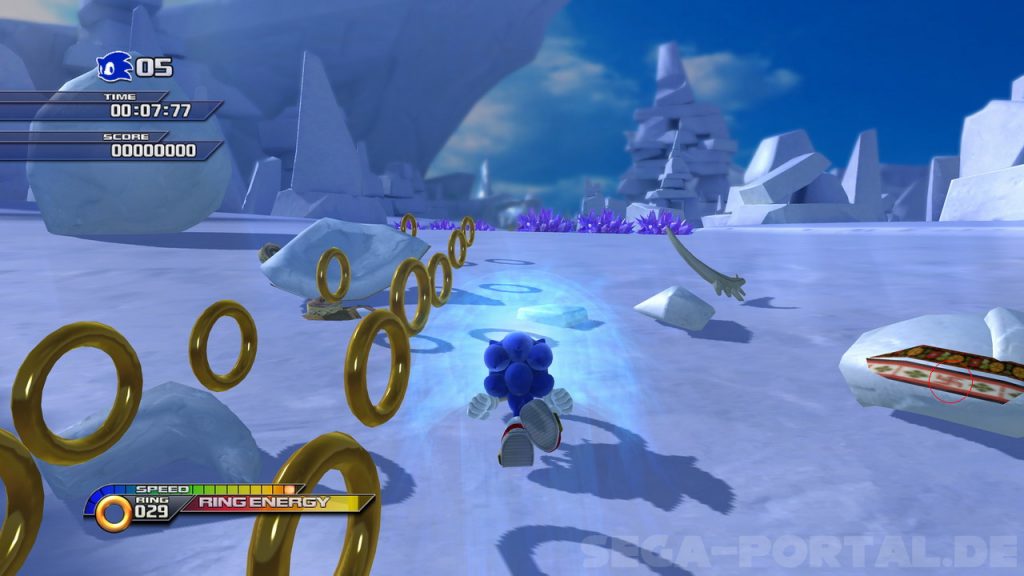 Also keep in mind that games have been recalled and refit for less.  You may remember that LittleBigPlanet saw a worldwide delay of its release due to a song’s references to the Quran.  The few that were released were then sold on eBay for quite a premium.

We invite you to decide for yourself, and sound off in the comment box below.  Don’t write off a recall just yet–in a worst-case scenario this could completely throw off balance any notion of a release date for every console.  We will let you know what develops, if anything.