I’m pleased to say that the response from the DeviantArt community to our discovery of “ProtoBlaze” continues, the latest piece being from artist Cylent-Nite.

As opposed to a straight up “she would most likely look like”, he has taken the image as more of an inspiration for his own work – incorporating the ProtoBlaze viewable characteristics and adding his own spin on them. He explains:

“I was talking with my friend t0ms0nic, and the subject of wanting to sprite Blaze’s prototype design came up. Initially I just wanted to sprite her as she is in her concept art. However, Thomas soon persuaded me to possibly come up with my own design by treating how she looks here as something of a silhouette. So taking what I could see while adding my own creative flare, I’ve come up with this.

While I was drawing her, my mind shifted from considering her as Blaze and I thought more on the lines of making her a separate character and include her into one of my Blaze-relevant stories. I was trying to give her more of a soldier-like appearance while showing off obvious femininity in her design (opposite to Blaze being a Princess, but being very stern and withdrawn).” 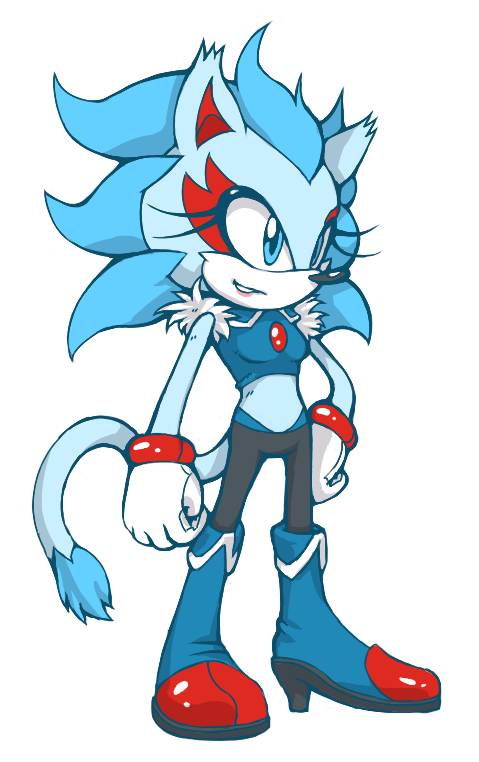