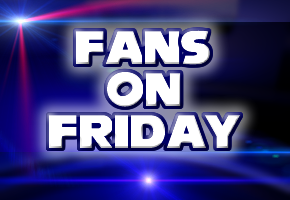 Chris Wilcots submitted his ‘Unleashed’ inspired artwork for us to showcase on FoF.
Chris has submitted two pieces of his artwork for us to look at today. Both are inspired from the latest main Sonic series game, ‘Sonic Unleashed’.
His first piece of work is an adaptation of SEGA’s ‘Werehog’ concept used on Sonic in the game. He has taken Amy-Rose and given her a similar makeover: 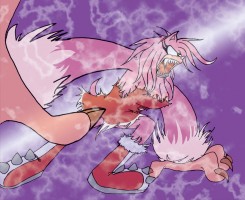 This picture is followed by an appropriate caption on Chris’ deviantART page; “MMMMRAAAAAARRRYYYY MREEEEEEEE!!!”. He also notes in the disclaimer:

Amy and the ridiculous concept of the “Werehog” is owned by sega..and frankly they can keep it…

A fair comment Chris. Even though it was interesting to see a glimpse of Amy-Rose in the Werehog form, this should not be an indication to SEGA to put it into a game. In addition, great work Chris, I especially like the ‘Flintstones’ like dress she is sporting!
The second piece is a poster of a fictional film:

Another caption follows this one from Chris; “I’m moving slowly….you wouldn’t like me moving slowly”. I personally like the art work on the movie title.
Nice work Chris, thanks for those.
More of Chris’ artwork can be found on his deviantART page: http://chiisuchan.deviantart.com/