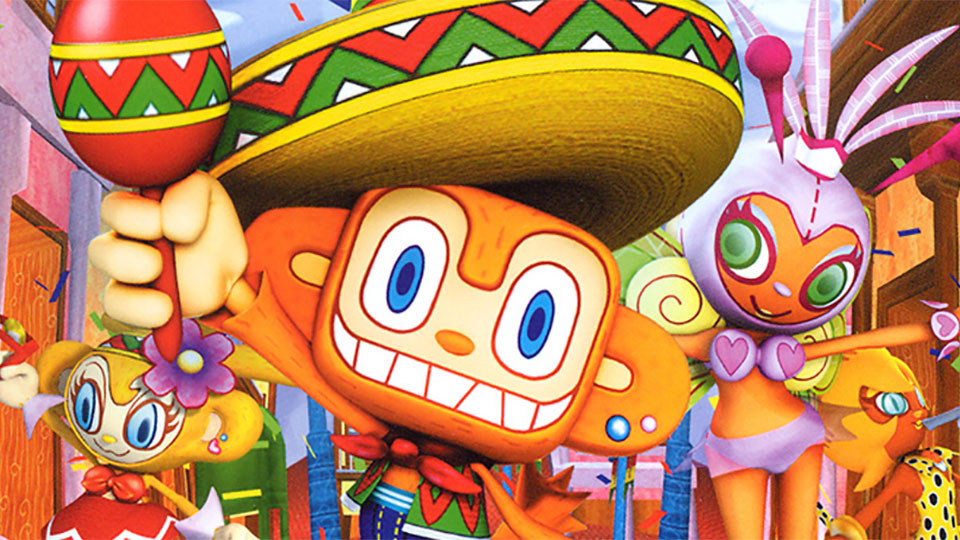 Released in 2000 Sonic Team’s rhythm action game Samba De Amigo was curly ignored. Years before Guitar Hero and released only at the start of the DDR boom the world failed to catch onto the genius behind the title. Only a small handful of Dreamcast owners embraced Samba Se Amigo and it’s become something of a cult classic. Fast forward to 2008 and the landscape has changed significantly. With the explosion of the Nintendo Wii and the party genra of games in general Sega are hoping that the 2008 update of Samba De Amigo will impress the hardcore fans of old and also pull in the casual gamer.
Sega Product Manager Ben Payne recently told MCV:

“We’ve made a game that the hardcore will enjoy, but it’ll also embrace this new casual audience. 95 per cent of those who’ll buy Samba will never have heard of the Dreamcast version, and that’s because it’s a game for everyone.

A sore point at the release of the original was the price of the game. At over £60 ($180) for game and maracas it was a bit steep for me meaning I never got to own the origional. Fortunately the Wii Remote and Nunchuck prove to be adequate tools to play the game with meaning this time customers don’t need to pay over the odds for peripherals. The optimum experiance seems to be playing with two Wii Remotes at once but for those of you craving a more authentic experiance Sega aren’t ones to let you down.

“Unlike the original, the game doesn’t come with its own maracas. But GAME and Gamestation are doing their own Wii Remote maraca add-ons, and there will be special bundles of these.”

While some music games out there demand almost as much time and effort to learn how to play as the real life counterpart Sega promise that Samba de Amigo will be perfect for people wanting some pure, unadulterated fun.

“In the Dreamcast days we made a game that was a bit before its time, especially in terms of licensed music. Now Singstar and Guitar Hero have come and owned that section, but what we’re doing is something more light-hearted. It’s a game where you just collapse in fits of giggles.”