Jazwares have been on fire recently with their Sonic toys line-up. Recently you’ve been able to buy Sonic Super Posers, the Werehog from Unleashed, a Black Knight themed Sonic and the Juvi Metal Sonic.

Now not only are they releasing the previously seen awesome 10 inch Metal Sonic but a new comic bundle too.

TSSZ reader MilesDX has sent us a scan of an advertisement in Sonic #203 featuring a ‘Sonic & Knuckles 200th Issue Comic Book 2-Pack’. Basically that pack will contain Sonic #200 and two figures; Sonic & Knuckles. As all things Jazwares recently the pack with be exclusive to Toys ‘R’ Us and will be released ‘late August’.
Take a look at the scan below. Is it me or does Sonic appear to be translucent…? Thanks again to MilesDX for the scan. 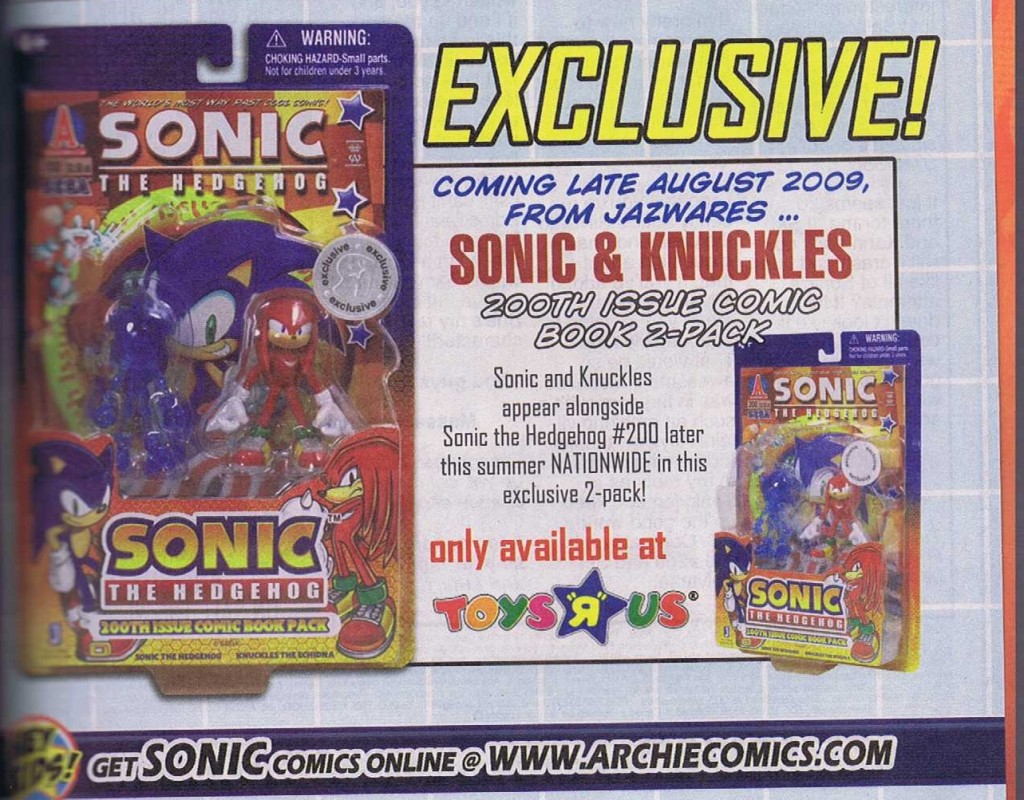 You know you’re in a no prospects job when… 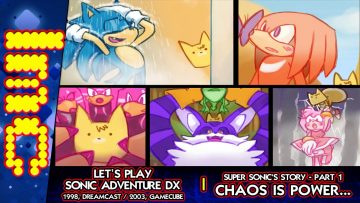