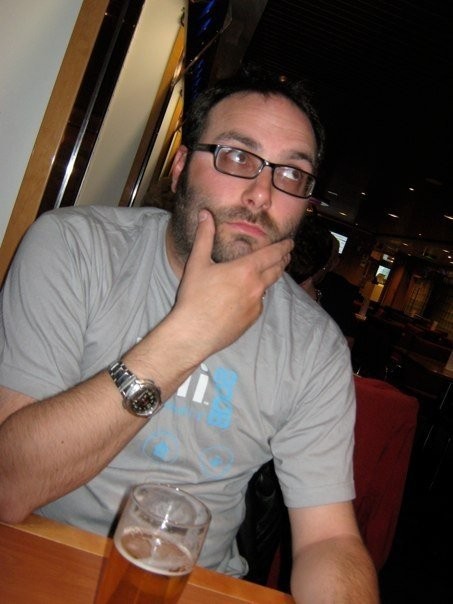 He’s the master of the All-Stars-verse, but what character does Steve Lycett, SUMO Digital Executive Producer think is most like him? We drift-boosted past security, strapped S0L into a racing harness and fired questions at him about  his roots, how SUMO itself has transformed over the years and what lies in store for us with All-Stars Transformed and indeed the future. 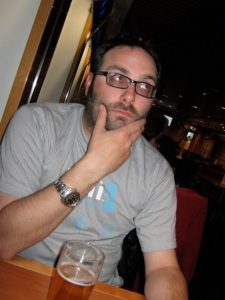 SW: Steve thanks for the interview, let’s start at the very beginning for you personally – you started at what was Gremlin Interactive, what was it like breaking in to the industry there and what games did you work on at the time?

LYCETT: No problem! I originally applied for a tech support role at Gremlin as I knew a lad who was working there and he’d mentioned some jobs were available. When I went in for the interview, they were looking for games testers! So I joined the Gremlin QA group in ’97. I remember the first games I looked at were Hardcore 4×4 and Hardwar. It was around the time Gremlin were doing Actua Soccer 2, so we’re talking PSX era!

Back then it was relatively easy to get into the industry via QA as you couldn’t really go and do a games course, they just didn’t really exist. Now we get so many applicants who have done a degree in games at one of the many universities, it’s not as common a route, plus there is far more competition! It’s still possible, but less common.

When Gremlin/Infogrames closed SUMO rose from the ashes, how have things grown there since its founding in 2003?

Well there are a lot more of us now! When I first joined I think we had about 15 developers in total, and the plan was to work on a game at a time or be work for hire assisting other people. In fact the first job I did for SUMO was to go and help Revolution get Broken Sword 3 out on consoles! We also did some work with Codemasters doing the online play in England International Football on the Xbox, which helped us get attention from Microsoft, who in turn suggested SEGA should talk to us about OutRun2 (as they were looking for a developer with Xbox Live experience to handle the port).

It’s grown from there really! Now we’ve got over 200 staff both at our main studio in Sheffield and our studio in Pune. If you look at OutRun2, which was a single platform, to All-Star Racing Transformed, which is on X360, PS3, Wii U, Vita, 3DS and PC, well, you can see we’re doing big and complex multi-platform games. I like to think we’re good at it.

Was there anything you put in the first All-Stars Racing that no one ever found?

Probably loads! For example if you don’t have an Avatar setup on 360, what the game does is draw from an internal pool of pre-built Avatars based on the development team, myself included!

There are also places where we altered the tracks as we were building them. For example in the Shibuya Downtown level, where the traffic comes in by the start line is the original track route. If you could only get through the collision, you can actually follow the traffic right around the track.

There are tons of things like that. I’m surprised no-one found the Nozomi model that is probably still on the disk somewhere

Let’s talk characters. You obviously had to deal with a lot of different studios and producers. Did anybody want their character to be “better” than another specific character at all?

Actually, no. We spend a lot of time on making sure things are accurate to the original games and true to the characters, but when it comes to the game itself, they will offer advice but go ‘Look guys, it’s your game and you should decide how it plays’. We’ve not really had a situation where someone has dictated anything; it’s very much a collaboration

Considering many of the franchises in SEGA’s All-Star line up are shy on modern iterations it seems a tad odd one of SEGA’s most prolific ventures has never been involved – Phantasy Star. With the Phantasy Star Online 2 on the horizon is anything planned at all for that?

We’ve actually considered this one too. Again, we can only do so many, but I suspect this is one we might visit for a future game as we’ve not yet managed to get it into the three we’ve done!

Which driver would you say most fitted your driving style?

However, we’ve got a whole mod system in the game which allows you to adjust the car set-up so if you want to trade acceleration for top speed, or grip for handling, then you can do that. You have to level up the characters to earn the mods though!

Tell us about the in game modes this time around, the Battle mode was very entertaining last time.

We’ve got tons of stuff to do. First we’ve got World Tour, this is a huge area you can play with up to 4 players in split-screen  and is where you’ll do lots of challenges working your way through a number of chapters to unlock new characters and other exciting things! Then we’ve got Matchmaking. Here you can go online – again with 4 players locally – for up to 10 player online races, battles and more. We have playlist system this time, so you choose the playlist you want, Race, Battle or Lucky Dip and then take on the world to improve your rating.

Then there is Custom Game, which you can play online or offline, again with 4 players locally or 10 players online (or a mix of the two) where you set up a lobby and can set game mode, tracks and more to play purely with your friends. When I say 4 players, of course that’s 5 on Wii U too! So there is a huge amount to see. Plus you can play any of the above at any of the 3 initial difficult levels. They’re important as the harder difficulties get faster. When you unlock the final difficulty level, it’s even faster still. This is no plodding Kart racer, this is a full on arcade racer with proper cars, boats and planes!

And that’s before you jump into our huge selection of Time Attack, both offline and online. It’ll keep you busy for ages!

Can you confirm you’ve not put that Bonanza Bros. challenge in this one. I still can’t get it.

Really? I AAA’d that on my first attempt. You need more practice! Seriously though one thing we’ve focussed on this time is balance. We even took on a whole bunch of balancing team heroes who’ve helped us, so hopefully no pad throwing-ly difficult challenges this time…

Some of you may disagree with that!

How have you found working with the Wii U, did the team find it inspired them in any new ways?

Absolutely. It’s been a real interesting journey and though we’re no stranger to launch titles, it’s not often you have to think about a completely new and unique controller which opens many new doors design wise.

We visited Nintendo early this year to see the hardware in action and they had a series of tech demos running we could play. On the drive back we had millions of ideas based on what we saw!

First there is the concept of asymmetric play. Whilst this sounds like a complex thing to get your head round, pretty much everyone will have already done this in real life. Take hide and seek, that’s one good example. In fact… It’s been schoolyard games that have helped define the Wii U specific modes, so it’s one vs many, or many vs one. Think tag or British Bulldog and you’re already starting to understand the things we’re doing there.

Let’s talk the portable versions, you’ve got versions for the Vita and 3DS in the pipeline this time. How are they different?

Well they don’t support split-screen, that’d be a little tricky…

The Vita version is basically a mini version of the full console game. We’ve had to make some tweaks, so it’s 8 racers rather than ten, but otherwise it’s pretty much the same. Looks ace on that lovely Vita screen too!

3DS has been done by a separate team and has been a ground up build. Again it has all the same features as the others, though the game modes are different on 3DS to make it more streamlined. There are all manner of things extra though, like Streetpass, plus of course, it’s all in 3D!

With the advancements since ASR did you find the transition from console to handheld easier on this occasion? Will the portable versions have any special modes not in the console ones?

It helps the Vita is so powerful, so it shares code with the bigger versions. As they’re already packed with features, there wasn’t much more we could add to Vita, though it does have full touch-screen support for the UI – plus there are motion controls available if that’s your thing!

Same is true on 3DS, we’ve tried to cram in as much of the bigger versions as we can, though as it’s different engine, they’ve had to recreate a lot of the other versions features to best fit the hardware.

What lies after Transformed for SUMO? More SEGA or something else?

Probably a holiday! We’ve been working some late nights and weekends to get the game done, so we all need a breather! Then we’ve got the Japanese version to do, the PC version is also still in production and of course we’ve just wrapped up a set of demos for folk to try the game too.

Next… hard to say! We’ve got lots of ideas for where we could take the All-Stars series, that’s the beauty, we’ve done tennis, one straight racer and now a crazy transforming racer, we could go for something completely different, or expand this one even more! Not sure what we’d add, maybe time travel!

Our thanks to Steve Lycett, SUMO Digital and SEGA Europe for the interview!