Home Articles VR vs. VR vs. The Buzzards

Have you heard? (Again.) Virtual reality (VR) is dying. (Again.) Yes, once more apparently, like technology’s very own Kenny McCormick VR is set to be no more if we’re to believe what we hear from various outlets. The vultures are circling, because VR is not long for this world. 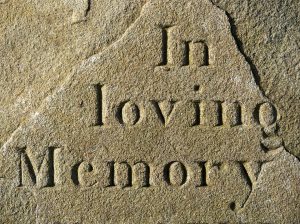 Which is absolute nonsense, naturally. But for once I can at least see why people would think this. After all it’s not to say VR hasn’t be shy of disappointing news of late. This year’s Electronic Entertainment Expo (E3) in Los Angeles was particularly disappointing, in terms of what was on show. Not exactly the best of signs. The whole week, despite the team (in particular the UK based team) working our collective tails off, we all felt a bit… well… lost. And unsure. While I’m not exactly well known by our fellow VR sites I did have a brief chat with those on the other side of the fence and was kind of relieved to find the same sense of let-down, dejection and almost bafflement.

But here, in this case, things might well be remedied by Gamescom, which is in (at the time of writing) 49 days time. There there’ll hopefully be more on show.

Microsoft came out and definitively said they were not going to be bringing VR to the XBOX One and this time they meant it. That’s after muddying the waters a year earlier with their initial talk on the subject at E3 and statements afterwards. Saddening, especially for yours truly who owns an XBOX One. But, here again, to be honest, not something I’m particularly surprised by. Microsoft’s reasoning why was pretty clear on the matter. Why would they go through this process now when they confirmed in their discussion that work was already underway on the next iteration of the XBOX. Sony are working on the PlayStation 5, and they have an established product. Why divert resources for that now? Utilising Windows Mixed Reality headsets would make sense but looking at the big picture you can’t really blame them. They’re not wrong that VR suits PC more when PC upgrades faster and more incrementally than console.

Will they think differently when the XBox 3/TWO/1080/9000 comes to market? Maybe. But what it doesn’t mean is VR for consoles is dead. After all PlayStation VR is still going, there’s still plenty of titles coming out for the headset and more on the way. Could we do with more? Certainly. Would Sony be happier were the market stronger? Yes. They’re not disappointed in the PSVR but it’s not rocketed away as they’d hoped. But we’re not experiencing a drought of any kind and Sony has, in console VR, 100% of the market share for that.

We know things are slowing down, forecasts are being readjusted down. “Oh no!” People declare. “VR needs to do something.” But let’s be honest here, we all knew that a lot of those forecasts seemed a tad silly. We knew that things would be less than that as nothing short of a global takeover would’ve achieved some of them. This is why we say to take these things with a pinch of salt. I recall Palmer Luckey getting very upset on Twitter one day (this was a few years back now) about a forecast we covered. Saying something along the lines of ‘These marketing firms! What did they know about anything?’ Well, to answer his question from then, he might not care for them but pretty much every major business there is uses them to some degree. There is though a reason they are called forecasts – and we can’t even get the weather forecast right all the time as a species.

Yes, things are slowing down. Is it concerning? Again, yes. Is it surprising? No. No, not really. But as we’ve said time and time again VR isn’t all about video games. It’s not being used expressly there, it is being used everywhere. Slowly but surely, it’s weaving its way into the fabric of society. The same goes for augmented reality (AR). VR is now in half the colleges in America, we recently had an interview with the University of the Arts London about how they are creating a Batchelors and Masters course in VR.  I’m getting emails most months from the University just down the road from me about how they’re using VR – and they don’t even know I’m a bus ride away. There’s going to be a whole generation of students soon growing up with the ability to properly learn to utilise VR – that’s a pretty impressive foundation. Something to build on, and VR will keep on building. Though maybe not as fast as you were first told.