Home Articles VR vs. VR vs. Since You’ve Been Gone

Don’t look now, but I’m actually here this week. Yes, apologies needed for my absence in the last couple of weeks. I had to take some time off at relatively shortish notice for the first one but as for the last week I was rather distracted by the pressing need to lay on the bathroom floor and beg the universe for everything to just stop following a bout of food poisoning and subsequent severe dehydration. It was as pleasant a break as it sounded. Trust me.

It also prevented me from attending EGX which was just up the road from me, which I’m naturally pretty bummed about. As things stand now I’m still pretty weak and being at a computer for any length of time is deeply uncomfortable in at least four different ways. How fortunate I am that’s not my job. Ha ha!

Wait, that is my job?
Bugger.

Anyway, before I have to make another mad dash for the bathroom, in my absence there’s been a number of items that I’d’ve certainly been considering column-worthy material. We’ve had the announcement of L.A. Noire’s HD remake and virtual reality (VR) mode which was touched on in something of a ‘Kevstitution’ VR vs. column as it was courtesy of VRFocus Editor Kevin Joyce – one which makes a number of similar points I had planned to make, helpfully. We will be coming back to that game though, as I do have some… additional thoughts on what they’re doing and trends on the matter that I’d like to tackle.  Suffice to say it’s great that Rockstar are at least taking a look at making things in the VR space, even if there are some reservations about how they are going about it.

Speaking of making things in VR, this last week was also the return of Palmer Luckey. Who hadn’t really gone anywhere – but yet also had; and he was doing something or not doing something inside/outside VR depending on what person you asked on any given day, that’s not including if they’d seen their shadow when they’d woken up in the morning thus signifying another six weeks of ZeniMax lawsuits. Or something to that effect. He appeared on stage for HTC Vive at the Tokyo Game Show to discuss a number of items. Of course, as every report ever on Luckey is all lies – that appears to be the running theme on Twitter anyway – he may actually not have done so at all.  It may have just been a figment of my fevered imagination; born from a desire to get another tick on my 2017 predictions column from earlier this year.

Speaking of which can Samsung please hurry up and buy FOVE in the next couple of months so we can tick off that prediction? Cheers, guys.

I will add though that if Luckey’s appearance was just my imagination can I just say how disappointed I was he didn’t stroll on stage to Eric Bischoff’s WWE theme? I think I might just mentally re-dub that over any appearance he subsequently makes in the future for my own amusement.  Whatever the case there’s no doubting, and never has been, Luckey’s commitment to making VR work.  As I’ve said on VR vs. previously he remains for better or worse the face of VR and channelling that enthusiasm constructively and creatively will do VR nothing but good.

Next up there was Nintendo being Nintendo in a very Nintendo way which I’d love to tackle but frankly I can’t summon the energy to devote to a column taking Mr. Fils-Aimé’s comments to pieces at the moment. Plus, there’s the school of thought that he’s talking such utter bunk he’s not worth discussing in the first place. Leaving just an echo of sadness and anger where rational thought used to be.

Lastly there’s been Intel cancelling Project Alloy, its all-in-one VR head-mounted display (HMD) citing a lack of interest from commercial partners.  Which I can kind of understand. After all we’ve a gajillion VR headsets and there’s got to be a tipping point at some point. It felt like a bit of an out-of-leftfield announcement at the time and who really was it for?  Most of Intel’s commercial partners who would have potentially been interested are already involved in VR, augmented reality (AR) or mixed reality (MR) headsets – many of them their own.

Cancelling now may be a shock and give plenty of fuel for the VR Is Dead crowd, but probably something we’ll consider in hindsight to be a very shrewd business decision. If something’s not going to fly for you nip it in the bud, save the cash and channel what you’ve learned into other things. I’m willing to bet Intel will still have a patent or two up its sleeve now thanks to the HMD which may come back into play at a later date and they’re now probably better placed to assist others in their efforts. 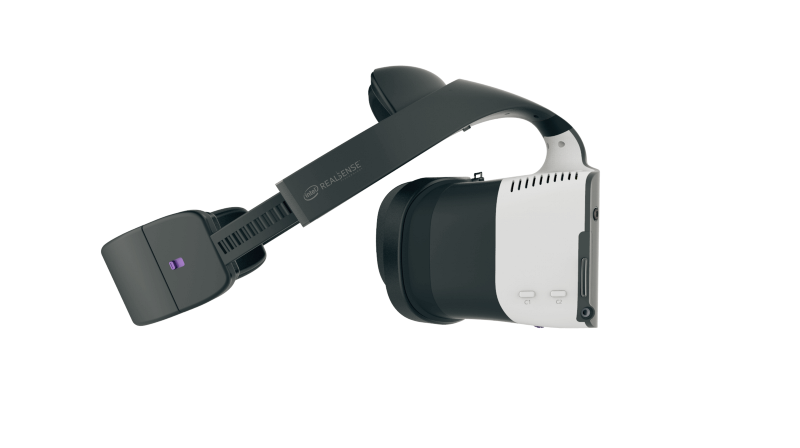 What will the next week bring? For VR, who knows. For me it probably brings the consumption of more rice and juice in an attempt to stop my stomach feeling like it is a washing machine. We should probably start looking towards the future however and Oculus Connect 4. Because that my friends needs to be big in more ways than one. Next week however I want to go back to talking about video games.

Yes, we need to sit down and have a long talk about those…

AN AXE TO GRIND | Firewatch #5