Home Articles VR vs. The Next Generation 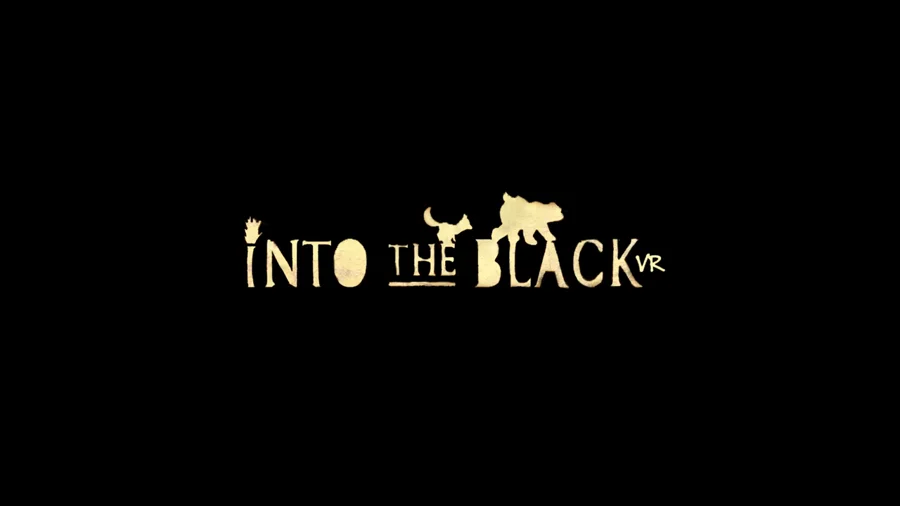 “Don’t mind her she won’t be long. It’s just the first time she’s seen the game all together.”

I smiled and chuckled slightly, giving a quick glance around out of the corner of my eye as I patiently waited in a queue of one person for my go inside the Oculus Rift.

It was odd being back at Eurogamer. I’d not actually been for several years, the last time I went was during a period of unemployment and I took myself off to. Still this was the first time I was actually there for work purposes – although living nearby I’d somewhat insisted I’d be going. I was finally ‘working’ one of the big (tho not one of the big three) events, which after as many years in the video game business as I’ve accumulated (a thought which makes me feel rather old) fell into the ‘long overdue’ category. I’d been to Insomnia 58 the fortnight beforehand which is certainly growing in its importance.

It is easy at events to be drawn to the big shiny banners and the big brand names. To the giant queues around mostly featureless black boxes. Where were the other flashy displays like Mafia 3‘s cinema, anyway? But if you really want to checkout what could be the next big thing those are never the place to look. It’s in the quieter areas, for Eurogamer that usually equates to two regular locations – the Rezzed area or the ‘Leftfield Collection’, the latter of which has for as long as I’ve known it been sponsored in some form by SEGA. 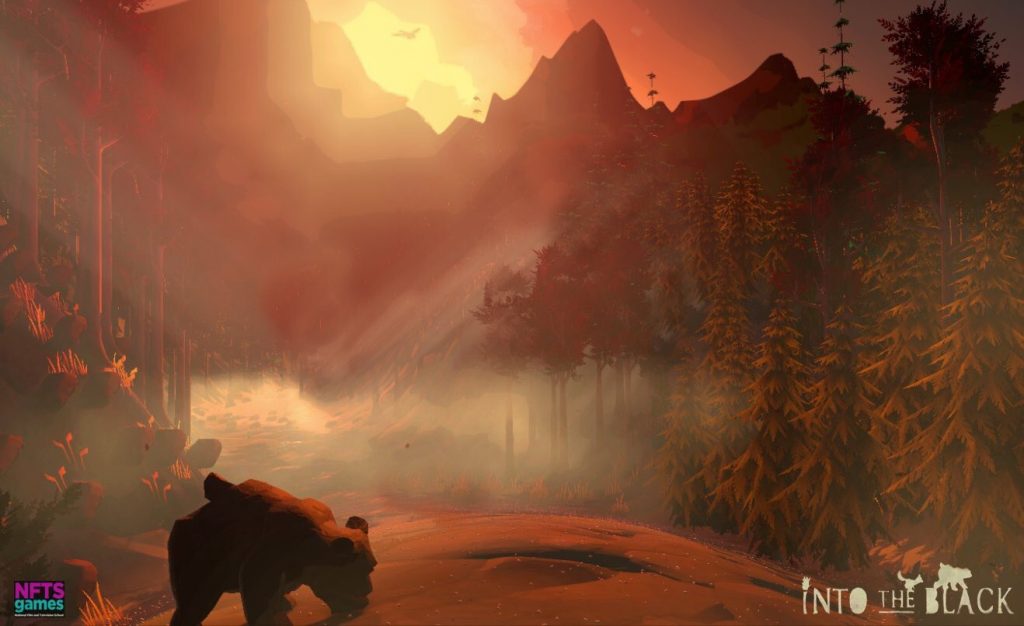 At the time in question though I was waiting for a chance to get a hands-on with a game called  Into The Black. The person in front? One of the people responsible for the sound in the game.  The headset came off revealing a big smile.

“Great! So nice to see it all together. I felt a bit sick tho.” The developer frowned in response and cast a slightly nervous look my way. The lady waved a hand. “But I’m not really used to it.”

I took my seat and was introduced to the bright and bubbly Naomi Kotler, the game’s designer, developer and creator. She explained how the title was one of the NFTS Games that was being showcased at EGX. “Ah.” I said knowingly. “One of those.”

“One of those?” She raised an eyebrow and I laughed apologetically, explaining how I was from VRFocus and had actually written on the games in question a few days prior. “Oh yes! We saw that!” She said happily. “So you’re here to try us out in person.”

For me, personally, Into The Black stood out. A game with it’s own particular art style – one of the reasons I was keen on trying it. The story takes you back in time to 1988 and follows a mother bear who resides in Yellowstone National Park in Wyoming. (What is it with virtual reality and American National Parks at the moment? There’s been at least three 360 degree video projects on them in recent memory. One even involving President Obama.) Who on waking in her den finds that her mischievous cubs have wandered off presumably to play. She goes off to track them down, looking for signs of their activity on the ground and in the long grass only to eventually run across a deserted human station, a forest fire has begun – a big one too and the rangers are off trying to deal with it. What’s somewhat more concerning is the abandoned pickup truck you find, the one with ammo and a radio nearby where you can overhear hunters discussing the helpful ‘distraction’ and that they were on the trail of some bear cubs. As if the trouble of a raging forest fire wasn’t bad enough, now humans are hunting your babies. The teaser trailer even suggests the wildfires might’ve been started deliberately. Another plot thread.

Unsurprisingly, with its look and content it conjured up many allusions to Campo Santo’s Firewatch, being in the same type of area (dealing with a forest fire), getting plot points via conversations on a radio – even the art style of the beautiful postcards and posters advertising the game (one that I wish had been available for purchase) shared a slightly similar look but that was due to both mimicking the look of the warning posters of the era.  But let’s be clear: Into The Black isn’t Firewatch. Despite my liking of the idea that they could technically take place in the same instant, (ignoring the time and location differences between the two games). It’s not the same story with Henry as a bear and Delilah as a fox; the fox being your unlikely partner on this adventure as you try to find your cubs in amongst the deadly flames and puzzling obstacles. The fire having turned the balance of the forest upside down. What Into The Black is, is a solid VR experience with glimpses of what new creators are looking to bring to the medium and gaming in general. 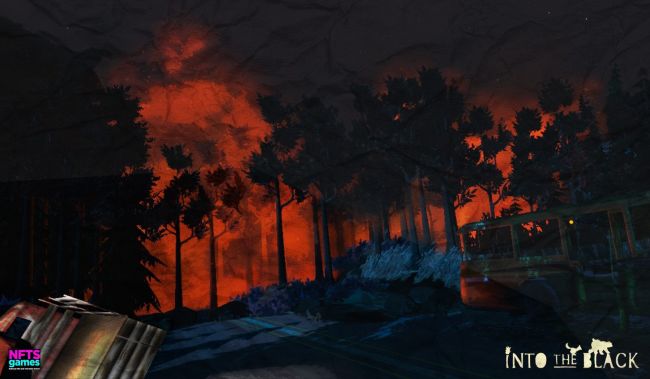 Before the game even began I was drawn to looking around the area outside Yellowstone’s gates, partly as the grass had an odd tendency to follow your head movements. Something to do with how the engine used the grass elements, I was later told. Ironically this added to the character of the landscape. It felt as if the park itself was alive. You were looking at Yellowstone, but it was like Yellowstone was looking back at you. The faint sound of birdsong audible over the breeze just off to my right had me quickly searching the skyline only for a number of feathered missiles to swoop down almost out of nowhere in front of my face much to my delight. Chirruping as they went. Before banking left, then right and off back into the sky. Later on in the demo the fire you came across felt real; make no mistake it was a threat. There was an ominous feel in the air, that immediately had me calculating escape routes for the mother bear. There was the same foreboding I imagined a wild animal would feel confronted by such a dilemma. You weren’t in control, but you had no choice but to press on.

After my playtest I took of my headset to see Kotler and here fellow developer looking at me intently.

“Was it okay? Did you feel sick?” She asked worriedly and both were delighted when I confirmed I didn’t feel even the remotest trace of illness. We discussed what I’d seen and how I’d played the game, as well as the aforementioned grass issue which at one point apparently also affected the trees. Something that would have been a little too unnerving for me, I think. I was pleased to praise Kotler’s colleague for the sound work which I’m not sure anyone had until that point noted, and we also discussed an instance where I fell through the map. (A known issue with collisions and certain objects apparently.) I also brought up a moment where I managed to glitch the game between scenes so I was controlling both bear and fox characters at the same time.

“That’s a new one.” He grinned, turning to Kotler.

“Ooh. We’ll have to look at that.” She in turn eagerly agreed.

Soon I had to go on my way, there was a queue of one person, drawn by our animated conversation waiting for me to move to take a trip to Wyoming. The process started again, as it did with the other games around us. All with enthusiastic young developers buzzing around each other showing off their hard work. New creators showing off new creations. New visions. How many of the people around me would go on to make the games of tomorrow, the ones that occupied those big booths? I asked Kotler why she chose to work in VR in the first place for her project.

“The opportunity was there to work with this awesome new technology. Why wouldn’t you?” 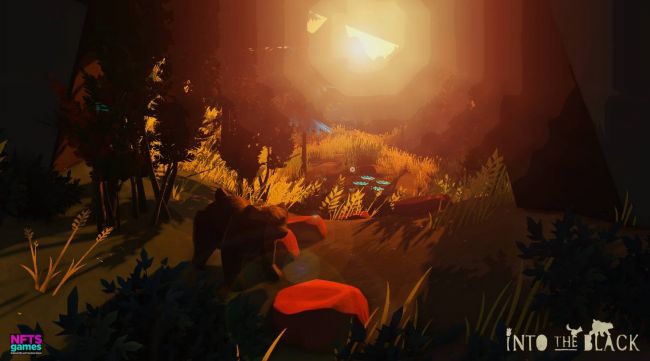 This article was originally written by the author for VRFocus as “VR Moments: The Next Generation”.

Kevin
444
Uncle Jack wants to know... have you had your Joy today?

Kevin
315
The streets are in trouble again! For the first first time! This is confusing...