“They need to go back to basics!” It’s a phrase uttered all too often by fans, those who are convinced that by scaling back designs, and repeating mechanics or even game content verbatim, that a successful and entertaining new instalment all but codes itself. It’s another way of saying “Just do what you did before.”

The trouble is, often this entails asking developers to think like their predecessors ten, fifteen, even twenty years prior, somehow replicate the mindsets of those people, yet still create a product appropriate to the hardware and attractive to the market. That is no small order. It’s one thing to replicate a complex piece of machinery, such as a combustion engine. It’s another to understand just why each individual piece is designed the way it is. Some of those reasons may not even be valid with the ideas and technology we possess today.

One thing to remember is that games made in earlier days were heavily, heavily constricted by the limitations of the consoles they were designed for. The choices developers made were often severe compromises from their original visions, because the NES couldn’t handle that many sprites on-screen, or the Genesis couldn’t maintain accurate collisions while scrolling at that speed, or even early 3D games couldn’t simulate physics, or replicate complex AI, or even draw a level that large. Games developed these days still face such limitations, but on a grander scale, and developers tend not to push the hardware as radically as they did back in days prior, versus a time when smooth-scrolling multi-screened platformers were a pipe dream. What this means is that the developers may not have intended your perfect game to be the way it ended up; that was just the closest they could manage to their real ideas and still have a viable product.

But we don’t remember that as consumers, sometimes we simply don’t understand it. How could these games be anything else but the flawless creations we so fondly remember? It can be jarring to see early designs and realize just how much their initial ideas were twisted and adapted into the things we presumed were planned from the start. So often the classics experienced a long, conflicted process of trial and error on their path to completion, yet we expect developers to work from the final product as the fundamentals, rather than the reasons behind it.

In a way both fortunate and frustrating, this is the era of the remake and lost sequel. The success of Backbone and Capcom have other companies digging up old, sometimes adored licenses, and presenting them to the market once more. Some are doing this in an attempt at regaining jaded fans, some are convinced this will be a sound financial investment in an untapped or neglected sect of buyers. Whatever the reasons, the companies that first crafted these series are sometimes in too much of a rush to get them to market, or don’t have the resources to develop them along with their current slate of projects, or in a handful of depressing cases no longer exist, and so they farm out the titles to external developers.

Backbone Entertainment, known previously to some as Digital Eclipse Software, is one of those developers with a rather infamous history. I’ve, “discussed” my opinion of them previously, so we won’t retread that ground. They aren’t the only ones who’ve flubbed license resurrections. Ubisoft Singapore had the task of remaking the 1991 arcade hit Teenage Mutant Ninja Turtles: Turtles in Time. Clearly remade from the ground up, with a new graphical style, soundtrack and eight-way controls, it strictly adhered to the arcade version and neglected the improvements found in the SNES version, or even the Genesis Hyperstone Heist. The sad thing as you can see from this comparison is that there’s a love for the details of the originals, but too much of the game was altered on a fundamental level, losing the charm and even the playability of the classic. The remake was a disappointment, although anyone calling it a step shy of Daikatana is just desperate for attention.

None of this is even touching on the clouded history of TOSE, or the painful memory of Sonic the Hedgehog Genesis for the GBA. No, forgive me for even uttering its name, I’ll give you some time to compose yourself again. 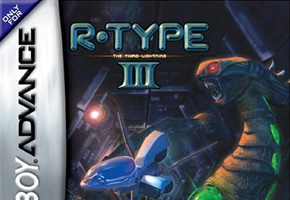 Now that you’ve wiped the tears from your bleary eyes, you have to understand that sometimes these companies are asked to port titles with no assistance at all, and no budget to match. R-Type 3 for the GBA was an infamous case, where the developers had to rip assets from SNES emulators and rebuild the entire engine based solely on what they could glean from playing the game, and so the story goes were ultimately stiffed by the publisher on their payment. Japanese companies are infamous for losing or disposing of old source code and assets, which means in some cases fans actually know more about the intimate details of some classics than the companies owning the series do. In these and other cases, often no effort is made by the contracting publishers to enlist the assistance of original staff for their input, which means the developers are expected to rebuild classic games solely on what they see, how they play, and what they can reverse-engineer and extract, no more. Now imagine if they’re expected to craft new content in addition to what’s already present. You can see where blatant issues arise.

In some cases we’re seeing this port effect with wholly new sequels. In these cases, the license holders have generally been wiser in providing assistance and reference, such as Capcom’s work with Inti Creates on the Mega Man 9 and 10 titles. But in others, you wonder if the developer is being thrown into the middle of a card game without knowing the rules, and they’re betting way too many chips on a Full House during a game of Blackjack. One such troubling event was a preview of the new instalment in the Rocket Knight series, developed by Climax Group of England. The game, clearly still in early development, was offered up perhaps a little too early, but maybe to its ultimate benefit. Superficially it wasn’t too far off the mark, if it were a less-loved title, the mistakes wouldn’t be noticed. But for such a cult-classic title, you really have to get the details right, and what they showed was widely agreed to have missed the mark. The bland, unfocused graphical style didn’t hold a candle to the vibrant visuals from the prior titles. The animation was slow and felt disconnected from the action. The stylization of the enemies and their weapons didn’t seem to reflect the world as depicted in the games before. The HUD featured an awful render of Sparkster making a face almost as goofy as the infamous Sonic 3D Blast prototype. It went through the motions, but the details felt too far astray. Newer videos have demonstrated some steps in the right direction, but it’ll be a long path for Climax to reclaim that initial excitement they squandered.

To end with an unpopular example, New Super Mario Bros. Wii, in a strange sense, reflects the idea of working from the end result of the prior games, instead of the underlying concepts, despite the staff involved and the wealth of information and resources they had at hand. This isn’t a slight against the level design or basic gameplay of the game, don’t make that mistake for a moment. The trouble is that Mario games usually march to their own drummers, creating new sets of enemies and environments as they craft the world. Some of them outright reject classic references, or present them in highly-altered ways compared to what we expect, others just take it in moderation. New Super Mario Bros. Wii takes it in the opposite direction, using elements and enemies in a way clearly referencing original appearances, and often barely in any depth. If you had never played a Mario game before, it would seem amazing how many different creatures they developed and constantly assaulted you with, strangely abandoning most of them after just one or two appearances. As a more experienced Mario gamer, you recognize the enemy as an odd cameo, one of a list of many, filed past you in rapid procession. Then there’s the level structures. How marvellously clever it must seem to have stages where a giant fish swims back and forth, trying to eat you, or bolts that spin across screws that you must hop repeatedly on to keep from falling off the floating wooden airship. The telling thing is that New Super Mario Bros. Wii reuses these iconic moments very little, sometimes just once, then moves on, instead of introducing the mechanic and building more depth into it as the game progresses as most prior Mario games would. It makes the game feel overwhelmingly referential at times, even though it does stand well on its own. The remote-related tilting and shaking and the multiplayer are the game’s most unique contributions, and much of those elements are implemented in a rather simplistic manner. Once again, don’t mistake that for saying you can’t have fun with the game, or that it’s not a good game. I just found myself surprised at how the multiplayer’s “simple genius” was applauded when it truly is simple. Well-polished, but lacking a structural depth, and in some cases practical function. Either way, I’m sure that despite my caveats, someone will presume I hated the game. All I can say is that I have five bright, sparkling stars that say otherwise.

Gamers need to realize that the games you loved in the ’80s and ’90s would probably not have turned out the same if they were made today, because the scope and restrictions are on a completely different level than before. You need to understand the underlying reasons why the games were crafted the way they were, and while some of those final choices became series-defining aspects, at times those aged games can really benefit from a less rigid approach. The key is to keep the spirit of the titles in place, and the quality as high as it can be. Fumble either of those, and you’ve squandered the good will you had from resurrecting the series in the first place.

A final note: This may have seemed like a topic I should be discussing Project Needlemouse in speculatively, particularly with the recent reveal of the classic Shellcracker enemy, and the emphasized hints about momentum and the return to prototypical standards. But I feel that with the increase in Sega of America’s promotion, we’re probably on the cusp of a proper reveal, so it serves little good to speak any further about it until we’ve seen the actual hand they intend to play.