When people think of RPGs, they either think of games such like Elder Scrolls (for Western RPGs) or Final Fantasy (for Japanese – or JRPGs). However, there is an RPG series that that has been running for many years that went unknown over here for a long time – Shin Megami Tensei by Atlus. But nowadays, it is certainly very well known. With the western port of Shin Megami Tensei 4 to be released soon to the European market, it’s about time I looked at the game that made me a fan of the series – Persona 4.

For those that don’t know of Atlus and their MegaTen series, the following is a brief explanation of it. Shin Megami Tensei (known to fans as MegaTen) is a JRPG series that focuses on the eternal battle between gods and demons, with humans being in the middle of it all. Whilst the core series is only in its 4 main iteration, there are many sub-series, such as Devil Survivor and Digital Devil. But by far the most famous subseries – perhaps moreso than the actual series it spawned from – is Persona.

The Persona universe is different to that of the Shin Megami Tensei universe, and focuses on a select group of individuals who can wield the power of their hearts in the form of a spiritual entity known as a Persona. Although it started with games in the PS1 era, the series kicked off big over here with Persona 3 and Persona 3 FES, but by far the biggest Atlus game over here was its true sequel, Persona 4. And it has every right to be.

Persona 4 starts two years after the events of Persona 3 in the small country town of Yasoinaba. Your character* is a 2nd year high school student who is visiting Inaba for a year, due to his parents going away for a year. Staying with his uncle and 7 year old niece; Ryotaro and Nanako Dojima, he settles down to a normal life in Inaba with his new friends; Yosuke Hanamura, Chie Satonaka and Yukiko Amagi.

Apart from the dreams with him in a blue coloured limo and two strangers; Igor and Margaret. And the eerie rumour of the Midnight Channel; where your soul mate appears on a switched off TV at midnight on a rainy evening. And the disappearance and grisly murders of the people who appear on said channel.

It’s going to be one of those years…

And so begins a year long mystery into the mystical world through the TV, the source of the supernatural goings on. Along the way, they meet the press-dubbed “hooligan” Kanji Tatsumi, local pop starlet Rise Kujikawa, the “Detective Prince” Naoto Shirogane and the enigmatic Teddie. All in the name of finding who are behind the murders – and why…

At its heart, Persona 4 is a JRPG that has a strong murder mystery tale as its core story. But the way it does that is really detailed. The TV world can generate ideas and concepts from the characters in the game, twisting their inner feelings to create their darkest side – their Shadow. This leads to some fantastic set pieces from a gaming and psychological viewpoint**, and just adds to the character and depth of the game. None of it is out of place at all and all deal with their faults in realistic ways.

Regardless of a game’s story, if the battles system isn’t done well, then it’ll make the game unplayable. What Persona 4 uses is a simple turn-based system, but with a few twists found in other MegaTen games. If an enemy or ally is hit by an element they’re weak against, they lose a turn, get lowered defence and are “Knocked Down” – and the opposing side gets another attack. Which, when exploited by bosses, gives you a very difficult learning curve. But once you understand the basics, they become second nature and combat doesn’t become too bad…so long as you don’t meet one-off bonus monsters (overpowered Shadows you probably won’t meet until the next dungeon).

But aside from a JRPG, it is also a social sim. Igor and Margaret can aid you by summoning Personas for you, but stronger Personas can only be found by increasing your Social Link. By going on meetings with your team and people in and out of school, you can forge social links, giving XP bonuses and eventually access to summon elite Personas. The social links, again, do not feel out of place and they delve into a lot of the back story behind the characters and their motivations.

It also leads to an interesting gaming choice. Do you decide to go adventuring to rescue people who the murderer has kidnapped and thrown into the TV world, or do you level up your social links so that your Persona are stronger? It’s an interesting concept carried over from Persona 3, and it works really well here. The social link scenes, once maxed, also give some of the biggest heartwarming scenes in a RPG, particularly if you max our your girlfriend’s social link***

For a PS2 game, the game packs a surprising amount into it. The graphics might not be high-end, but they fit really well. The animation is really smooth and you do sometimes forget you’re playing a PS2 game. Along with that, the game uses detailed anime cutscenes and character portraits, meaning that it offers a professional, consistent experience.

In terms of music, the game has a wide variety of tunes, ranging from the tranquil life of Inaba, the twisted world of the TV and everything inbetween. There’s a lot to love in the soundtrack and nothing is out of place. I personally can’t find any faults in the music, which is always a great sign. The game also features a lot of great voice acting, ranging from Johnny Yong Bosch (as Adachi) to Troy Baker (as Kanji) and Laura Bailey (as Rise)****. Even if some of the original voices aren’t perfect, they do rectify that in the remake and sequels. But for me, it doesn’t affect the game at all.

As for the length, this game will sap a lot of your time, but with a lot of payoffs. With 7 dungeons, 21 Social Links, 50 optional quests and multiple endings, you’ll spend a lot of time with this game. And that’s not counting the New Game+ mode that offers even more goodies. In short, this is a game that will continue to be playable long after you solve the case.

Personally, this game is perfect. It tops my favourite RPG list and is probably a contender for my favourite game of all time. The game is a perfect example of keeping traditional RPG elements whilst modernising them for the current era. There’s a reason this got an expanded re-release, a sequel in Persona 4 Arena, a full anime, a stage show and spin-off manga. It was a huge hit, and still remains one to this day. If you only get one RPG this year, make it this one or Persona 4 Golden if you have a Vita.

* He was originally known as MC by many fans as you could call him whatever you want, or Souji Seta after the manga adaptation. But as of Persona 4 Arena, he was given an official name – Yu Narukami.

** My favourite in regards to symbolism has to be Naoto’s and Yukiko’s. But all of the Shadows and their lairs do this well, and it is hard to single out anything that doesn’t fit.

*** Yes, you can have relationships with various females in the game, and you’re not hindered if you do have one. Just make sure to stick with just the one girlfriend, okay?

**** aka the Black Power Ranger, Snow Villers from FF XIII and Blaze the Cat from Sonic Colours onwards (respectively) 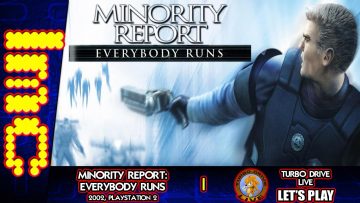 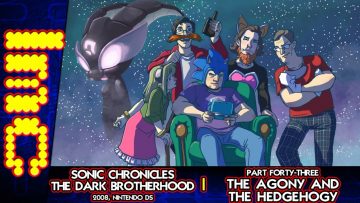 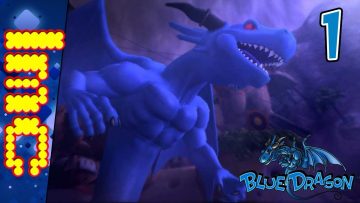