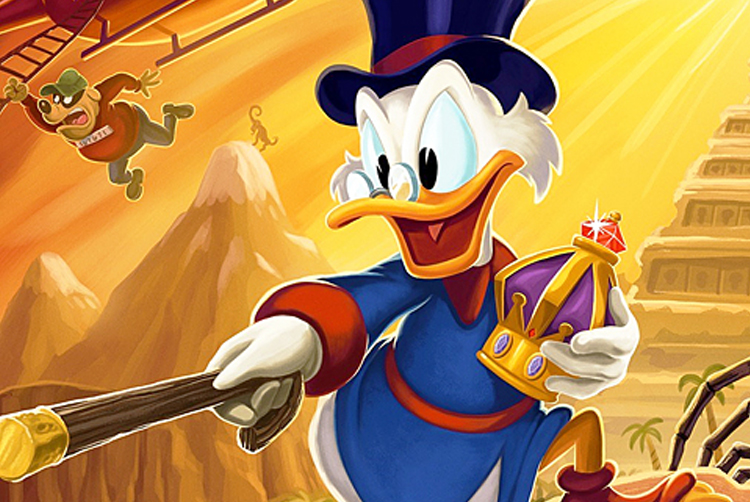 When I was young in the mid 90s, we had a lot of great cartoons; and being from the UK we got a lot of American and Canadian imports. I still fondly remember The Raccoons and its fantastic ending theme (AND opening – Editor). I loved the adaptation of The Smurfs. And most of all – I loved the original Disney shows. I remember watching Darkwing Duck, Chip & Dale, the Gummi Bears and, of course, DuckTales. Now with the updated release of the classic NES game, it’s time to go to Duckberg once again.

Now, a confession: I have never played the original NES classic. I never had a NES, nor knew anyone who did. So I can’t do a direct comparison of the two. I’m playing and reviewing it solely by its original merits and not for nostalgia’s sake. Though I have done research* on the classic game to help me with this review, as well as looking at its gameplay** and listening to the original tracks and their interpretations***, so at least I can offer up what I hope to be a fair comparison.

Anyway, onto the story. In the original game, there was only a small story within the instruction booklet. Here, it’s more fleshed out, and explain why certain characters appear at certain times a lot better. But the basic idea is the same: After the Beagle Boys break into Scrooge’s Money Bin one day (causing untold disruption and the ruination of many safes), Scrooge finds an old treasure map. On it holds the location of five legendary treasures – and so, Scrooge and his nephews, along with Launchpad, Webby and the others, set off to find them, facing the Beagle Boys, Flintheart Glomgold and even Scrooge’s nemesis, Magica de Spell, to get them.

Graphically, the game is lovely. WayForward have decided to make DuckTales as close to the cartoon as possible, by giving all the characters some elegant 2-D animations. Scrooge, of course, has the biggest variety of new animations, adding a fun layer of charm onto the whole presentation. The stages themselves have also been given an upgraded lick of paint, with a 3-D style that never looks anything but an improvement. In fact, I’d say it’s very much like the Paper Mario art style; charming and full of character. It’s certainly a style that’s not for everyone, but if you prefer a more classic graphical experience, you’ll be pleasantly surprised.

The game is, at its heart, a carbon copy of the NES original. Scrooge plays in much the same way, and the enemies have more or less the same attack patterns. Hell, they even are in the same places, as shown by a demo by WayForward that compared both the classic and the remastered. But in an age where remastered classics sometimes fall short by messing with the core formula too much, it’s nice to see something that reminds me of Super Mario All Stars for the SNES. Overall, it’s a polished refinement of a classic, with just enough changes to keep it entertaining.

Control wise, it seems like the game is quite faithful to the original. Scrooge handles much like Mega Man, which is no surprise given who made the original. In the Remastered version, Scrooge is very responsive, which is ideal given the perils you have to face. Scrooge never seems to overshoot, and the only skidding is, naturally, in the Himalayas stage. The only thing that seems a little off is the Pogo Jump. Scrooge can move quite a distance with it, making you sometimes overshoot your mark. And seeing as you’ll need it for most of the tricky jumps, it’s a skill you need to learn. The game has also simplified things, allowing you to not need to press down and B to pogo jump. But if you want, you can switch back to classic mode (unless you’re in Insane mode, in which it forces you to go classic). But despite the minor flaws with the pogo, the game is a tight and responsive game that would please any fan.

The original game was lauded for its beautiful music, especially the Moon theme. In the Remastered game, they have done the impossible – they’ve made the tracks better. The orchestral renditions of the music are simply perfect. There is nothing that is out-of-place. The two new levels have marvellous tunes too that match not only the original game, but also the show. And if that’s not enough – you can unlock the original tunes too! Yes, you can play with the original 8-bit music, as well as NES-ified versions of the new tracks. Simply beautiful and a great soundtrack for a great game.

Of course, I can’t go on about the game without highlighting one fantastic thing the game has – the original voice actors from the show. It says something that, at 94 years old, Alan Young (Scrooge McDuck) still hits it out of the park. He sounds just the same as he did all those years ago, making the game just that little bit special. More kudos goes to June Foray (Magica de Spell) who, at 95, is still the Queen of Voice Acting. Not everyone is voiced by their original VA of course, sadly due to them away, but the new actors make it a very enjoyable experience along with the classic actors.

There is only one possible problem with this game – one I did not consider while playing it. The game is tough. Although there are not that many levels, they are long, and if you lose all your lives, you are booted back to the level select screen. This means that if you’re at the boss and you lose all your lives, you have to do the whole stage all over again. This is, apparently, a throwback to the original game. So there are no mid-level saves (only when you clear a stage), and the only checkpoints being when you transition between screens or after a cutscene.

But, for me, it wasn’t hard. I played through the game on “Normal” first time round, and didn’t find it irritating at all. I only got booted to the level select screen once before the final level (which is certainly tough). And when playing on “Hard” mode – it was easier due to the fact I actually got lives in this mode. Difficulty is a deceptive thing, and it’s something I personally have to be careful about. After all, I’ve cleared Mega Man 10. I’ve completed La-Mulana. I’ve 100%-ed VVVVVV – even Veni Vidi Vici. Hell, I’ve even cleared Land of the Livid Dead and Livid Dead Party. Difficulty doesn’t faze me – which probably means I would recommend this game more than other people.

But if you can put up with the difficulty, you’ll find a game that is beautifully made and very enjoyable to play. Add in the fact that you can unlock concept art from this game, the classic game and even the TV series, as well as 4 difficulty levels, and there’s a lot you can do with this game. I played this with a smile on my face due to just how much fun it was. The music, levels, concepts – everything that I imagined the classic was, it was in this game. The sheer enjoyment I had when playing this game has not been matched since I travelled the shadowy depths of Norfair in Super Metroid, or I started jumping into those TVs in Persona 4, or prodding people in Ace Attorney. I now understand why people say it was one of the best NES games made. 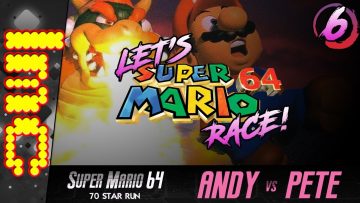 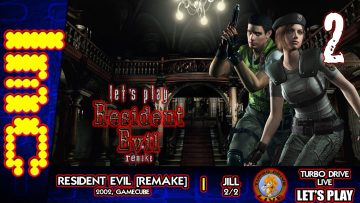 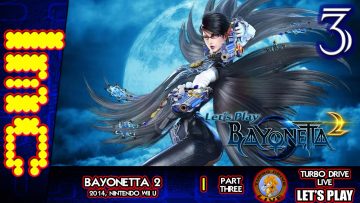