Home Videos Return To The Void, with CarboHydroM
Previous Video

It’s Zombie Killing Time, SEGA Announce The House Of The Dead 3 & 4 For PS3
Next Video

For those unaware, CarboHydroM has done a slew of remix’s for games either over on Overclocked Remix, or on his own page, where there is a slew of music remixes from other games and systems.

Return To The Void, is, to me, an astounding track to listen to, and I’ve lost count of the times I’ve already had this on repeat in one session.

You can read the description for the track below:

This is my arrangement of “Hunger Made Them Desperate” and “Be Menaced By Orn”, two themes featured in the soundtrack of Thunder Force III (Sega Genesis), respectively in the Orn base 7th stage of the game, and in front of the final boss. They were originally written by Toshiharu Yamanishi, Ohtani Tomomi and Arai Naosuke.

I submitted this song to the Dwelling of Duels that took place at Magfest X in January 2012, and it ranked 8th place, in the middle of a lot of very strong entries. Check them out !

If you want to see more of CarboHydroM, remember you can check his uploads on Overclocked Remix, visit his YouTube channel, or you can visit his site directly. 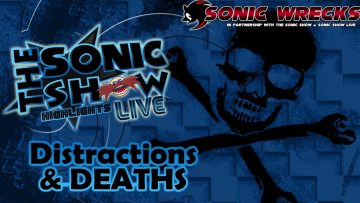