Well it had to happen, and it just had to happen when I was busy elsewhere… but those fellows over at IGN have nabbed an exclusive announcement trailer for Sonic Generations. Yes, it’s really really real now and officially announced! The SEGA America Blog has all the details up but you can read them here as well. But we have a new trailer showing 3D Classic Sonic – he of the black eyes and pudgy stomach blasting through a modern up to date Green Hill whilst Sonic appears to go through the same level but in Unleashed/Colours-style.

Here’s the trailer, press release is below: Set across three defining eras from 20 years of Sonic the Hedgehog video game history, the instantly recognisable environments of Sonic Generations™ have been re-built in stunning HD and are now playable in both classic side scrolling 2D from 1991, as well as modern 3D style found in Sonic’s most recent adventures. Each incarnation of Sonic in Sonic Generations™ comes complete with his trademark special move, Spin Dash and Spin Attack for Classic Sonic, and Homing Attack and Sonic Boost for Modern Sonic. An innovative new interactive menu system allows for complete immersion in Sonic’s universe with favourite characters and hidden treasures gradually being revealed throughout the game.

“Sonic Generations will certainly be a fitting celebration for Sonic’s 20th Anniversary” commented David Corless, Global Brand Director for Sonic. “By having the classic 1991 Sonic that many fans know and love team up with his modern day incarnation, we are bringing back the nostalgia of the early days of Sonic and combining it with the innovation and stunning HD technology of the modern gaming era. Sonic Generations will bring to life the last twenty years of Sonic’s universe in a truly unique and imaginative way”

Sonic’s universe is thrown into chaos when a mysterious new power creates ‘time holes’ which pull him and his friends back through time. As a result he encounters some surprises from his past history including Classic Sonic, Sonic as he appeared in 1991. Modern Sonic and Classic Sonic must defeat this strange new enemy, save their friends, and find out who really is behind this diabolical deed…

Frowners of Sonic 4 will note in the IGN preview of the game that Takashi Iizuka acknowledges the issues with the Sonic 4 physics engine and that it won’t be the same for Generations:

“In [Sonic the Hedgehog 4] Episode I, we didn’t actually return to the old physics, and nor did we try to create something totally new,” Iizuka says, “What we tried to do was respond to the voices we heard in the fans, and create something based on the feedback we were receiving from fans. On this occasion, with Sonic Generations, we’ve created a game with a totally different game and with completely different physics.” 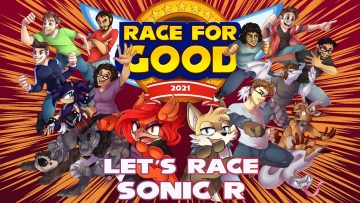