When it comes to the former Fleetway stars and Summer of Sonic there is no such thing as “secret” and if there is it lasts all of five seconds as we know.

Teased the other day by various fansites the cover for a potentially free issue of Sonic The Comic, the UK’s own Sonic comic which ran for many years and is continued to this day by STC-Online whose #261 anniversary issue this would be a print edition of. The prior tease was but a question mark on a template.  Now however Nigel Dobbyn has revealed via his DeviantArt account a potential cover for the issue, which still has to be given the thumbs up by the bigwigs at SEGA. The description reveals the following:

Cover for the (hopefully) freebie strip at this year’s Summer of Sonic – still waiting for confirmation from Sega.
Based on a couple of Richard Elson’s poses as he was too tied up to do pencils. Hope I’ve done him justice!

Elson, who has not been able to attend a Summer of Sonic convention himself was an artist on the comic from 1993–2001 starting with the 7th issue and has worked on various strips including 2000AD, The Beano, Spectacular Spider-Man Adventures and Marvel Zombies.

What do you think of the cover? 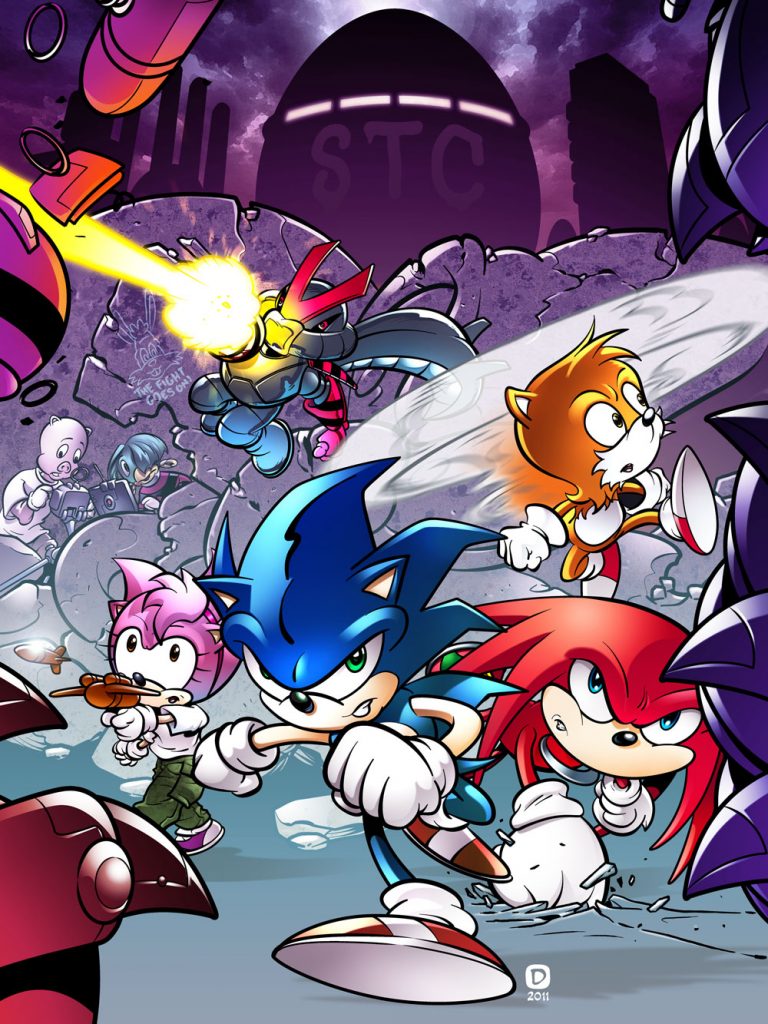 Yakuza: Dead Souls Serves Up A Slice Of Undead Americana