It’s always nice when you rediscover something thought lost, whether it’s that CD you’ve been looking for seemingly EVER, the remote control down the back of the sofa or an old banknote squirrelled away in a jacket pocket somewhere. Now SEGASaturnUK have done just that but with a long missing video – the original UK advert for NiGHTS into Dreams; lost for nearly 15 years.

Found within an old 1996 ‘sizzle’ video – a term used in the industry for footage (often internal/industry only) to gain/generate excitement, the promotional reel contains nearly all the old Saturn game promos from the time – including the “near mythical” NiGHTS advert.  Unfortunately they do note the footage of the Sonic R advert remains sadly lost, but you’ll find within footage from everything from SEGA Rally and Tomb Raider to Panzer Dragoon Zwei, Athlete Kings and Fighing Vipers. 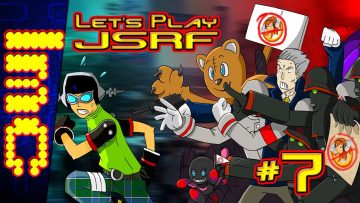 Kevin
198
In the American city of Metro, Ethan Thomas is about to find out there are worse things than thugs and thieves.