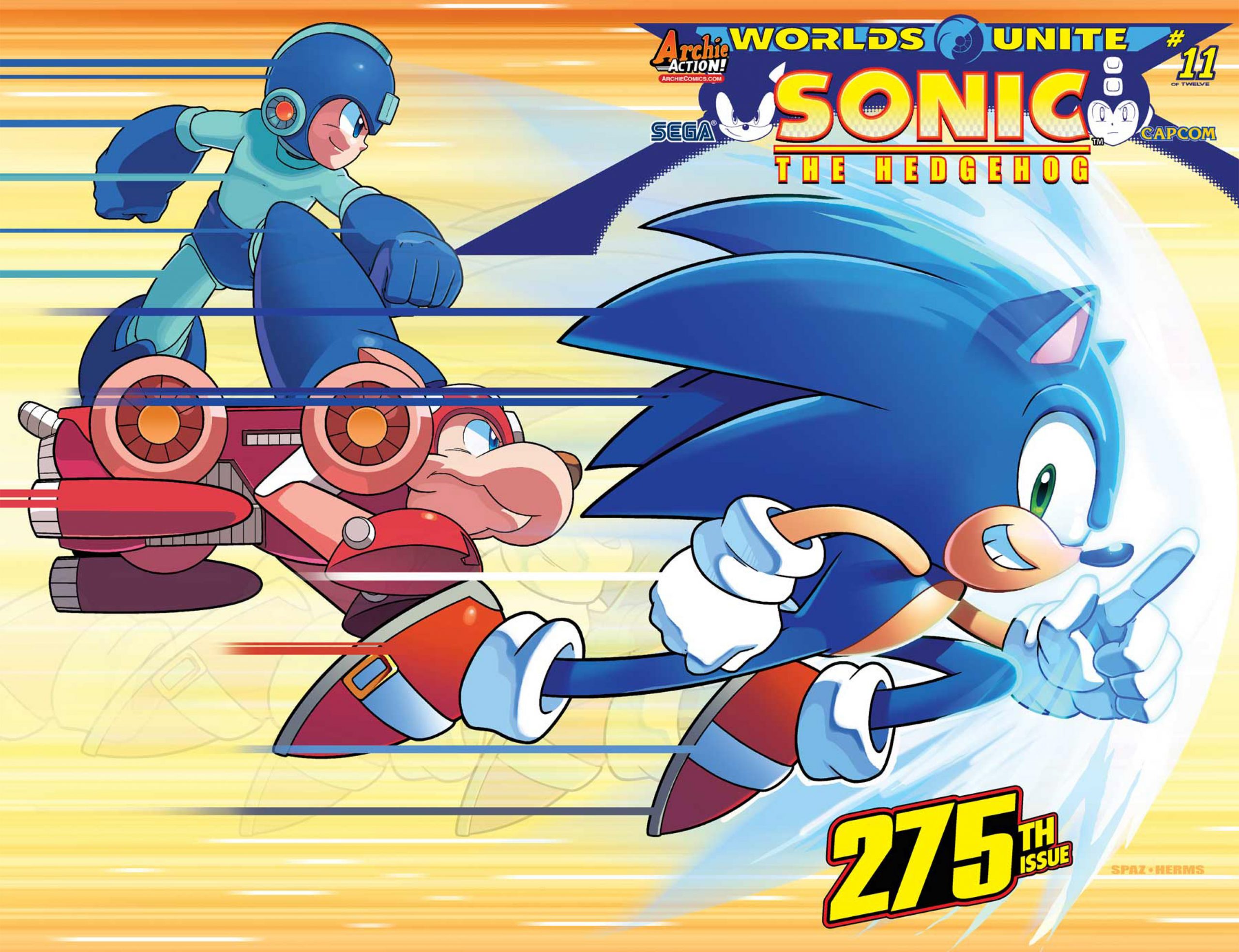 Another week, another Comics Alliance preview on the Worlds Unite crossover. There’s only one more preview to go after this, however, as the crossover is nearly complete. You can see the text solicitation and sneak preview below.

CELEBRATE 275 ISSUES OF SONIC THE HEDGEHOG with his good buddy Mega Man and the worlds of STREET FIGHTER, BILLY HATCHER, NiGHTS INTO DREAMS, MONSTER HUNTER and more in this DOUBLE-SIZED ISSUE! “Worlds Unite” Part Eleven: It’s pan-dimensional pandemonium as the unified army begins their attack on Sigma! Sonic, Mega Man and X lead an all-star roster of heroes from across the SEGA and Capcom universes in an all-out assault against the villainous robot from the future! Will they be enough to save all their worlds, or has Sigma already become a god? Featuring a wrap-around cover from the legendary Patrick “SPAZ” Spaziante! PLUS 5 variant covers from Edwin Huang, Lamar Wells, Tracy Yardley, Rafa Knight and part 11 of the epic 12-part connecting variant cover series by artist Ben Bates! Don’t miss the penultimate chapter to the biggest crossover event in Archie Action history!
On Sale Date: 8/12 | 48-page, full color comic | $4.99 U.S.

This post was originally written by the author for TSSZ News, images were originally not actually included so have been added by LMC in 2020.