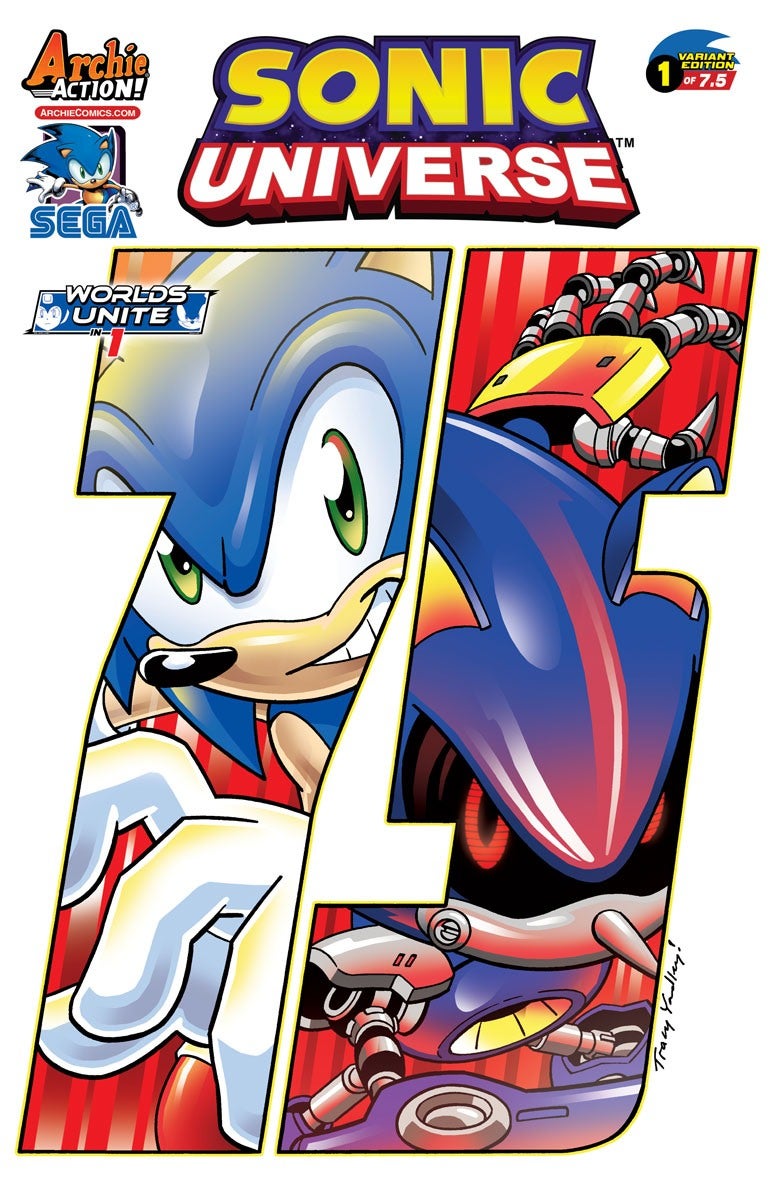 With all of the Worlds Unite previews it may be surprising to see the sneak preview to a Sonic comic not related to it. Indeed we have just that to share with you, courtesy of Newsarama. The issue, which releases next week, is noteworthy in its own fashion. This is the 75th instalment of Sonic Universe and a lot of covers have been done for the issue. You can see all of those, the five-page preview, and the plot solicitation below.

Sonic Universe has reached 75 thrilling issues—and we’re celebrating in style! “Fury”: The race is on as Sonic chases down Metal Sonic for one of the sought–after Chaos Emeralds! But when their chase takes them to a very unexpected place, Sonic’s worth as a hero may be put to the test! Can Sonic win the day, secure the emerald and retain his sense of self by the end? As our journey to WORLDS UNITE crashes to a close, join us in celebrating the longest-running Sonic the Hedgehog spin-off comic in history with 7.5 variant covers from your favorite Sonic artists! Featuring cover art from Patrick “SPAZ” Spaziante, Tracy Yardley, Ben Bates, Tyson Hesse, EGA Studios, Patrick Thomas Parnell, Lamar Wells, Evan Stanley and Jonathan H. Gray! To name a few!