New concept art released by SEGA today shows off a new enemy and familiar level stylings, which admittedly might make you both happy and concerned at the same time.

First up as featured on the Sonic Facebook as an exclusive (though how you can claim just because its on a different official channel its an exclusive is beyond me) is what appears to be a brand new enemy, a “whatshisname” because they’ve not actually told us what its called. Obviously saving that for another reveal down the line? Whatever it is it seems to fit in nicely with previous styles although it also seems to have a Pokéball for a face.

The main images were released on SEGA’s blog in two styles which you will note look suspiciously familiar – like Sonic 3 familiar. These are clearly an iteration of the spin bumper from Sonic 3’s Marble Garden Zone, so does that mean that a similar jungle-themed level is in the works? But if there is, does that mean we’re going to have a situation where there’s a lot of copy and paste from previous games? Certainly judging by initial comments on the SEGA Blog and other outlets that seems to be a worry. I guess all we can do is wait until next Friday for the next set of arts… and yes we also predict a tree at some point. 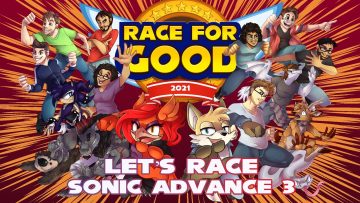