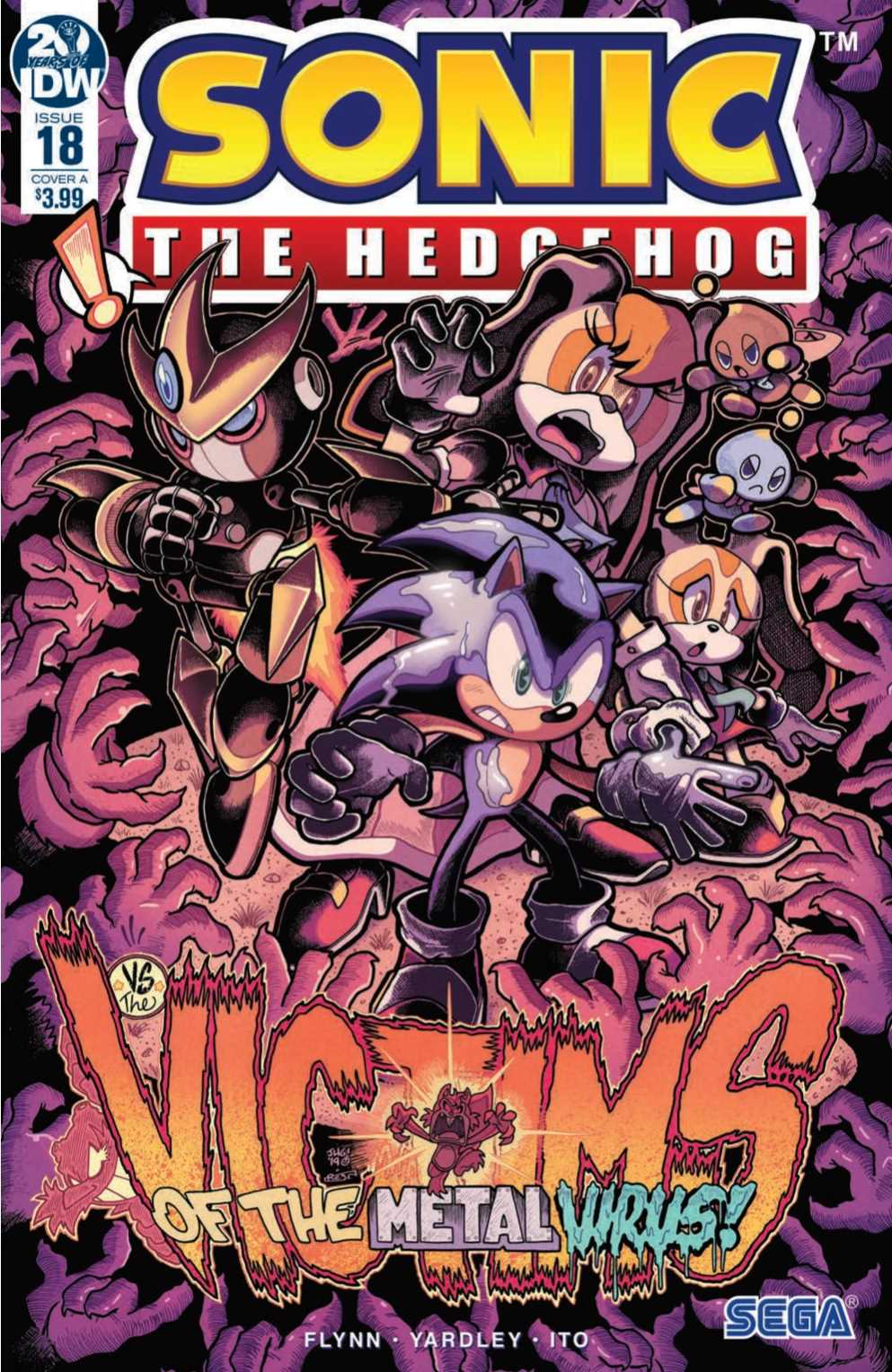 If you’re someone who follows IDW Sonic comics, you’ll know that we usually get a preview of the upcoming issue a few weeks before its release. Well today, via iBooks, we were given the preview of Issue #18 “Victims”. This issue looks to be following up directly to the previous issue. Sonic is still fighting the Zombot virus, and now Cream the Rabbit’s town is next to be hit by the virus. Will Sonic be too late? Find out July 3rd!

“Victims”! The infection spreads! Sonic’s already lost one friend to the spread of the virus and doesn’t want to see anyone else corrupted. When Cream the Rabbit’s town becomes the latest epicenter, Sonic races to help—but chaos has already started.

Below is the preview.

This review was originally written by the author for TSSZ News and edited for LMC with additional images in 2021.