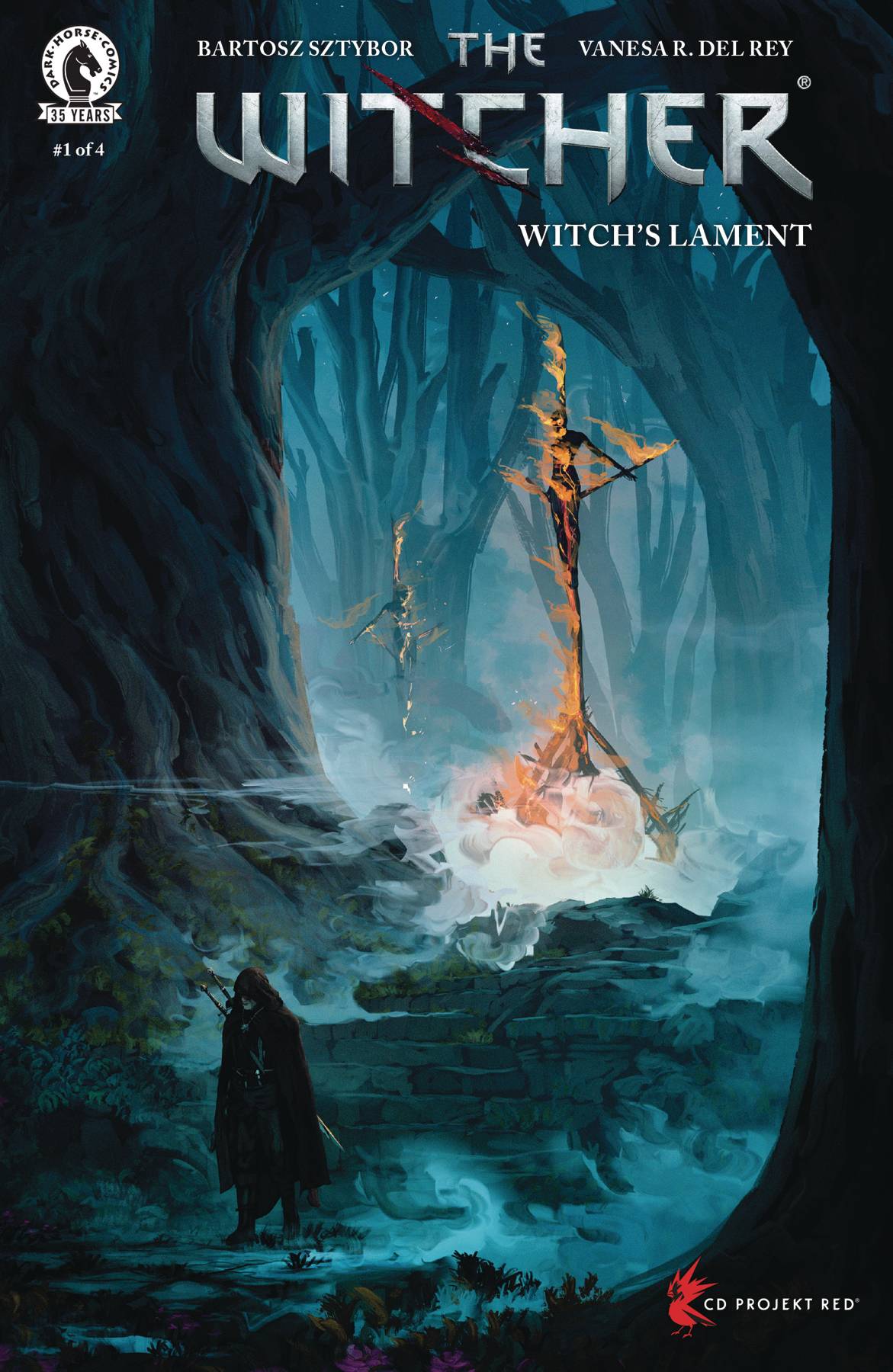 If you haven’t already noticed here on Last Minute Continue by now, Dark Horse Comics makes a lot of comics on various video gaming franchises. No, really, they do a lot of them. And, yes, they do comics for The Witcher too.

The Witcher: Witch’s Lament is one of their increasingly expanding library of comics, and solicitations for it have released. It releases on May 26th for $3.99. The plot summary can be seen down below, as well as 3 different variants of the issue’s cover art.

Flames rise as a witch is burned at the stake. As Geralt searches for his next job, disturbing images of the fatal persecution appear before him, bringing an ominous warning.

Check Out This Ghost Of Tsushima Jin Sakai Figma