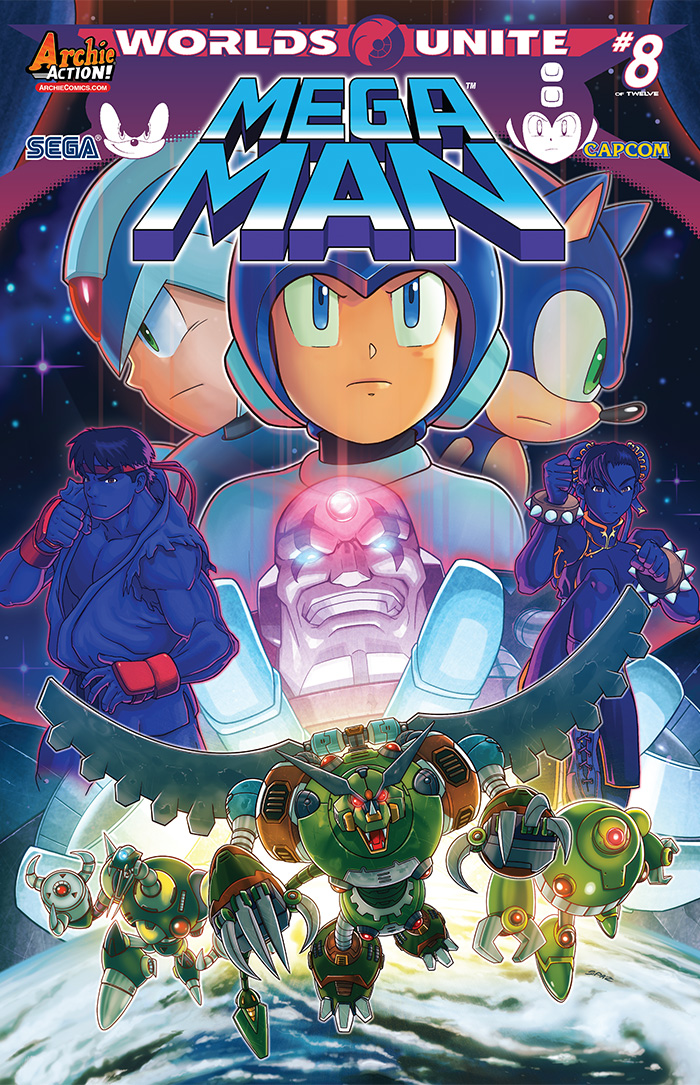 At last we are beginning to receive previews to the final chapters of the Worlds Unite crossover. We have information on the plot solicitation and covers to Mega Man #51 which will serve to be part eight of the crossover. The next part of the mosaic poster hasn’t been released however, just the two covers. You can see all of this below.

IS ALL LOST?! The evil Sigma unleashes an unstoppable army in “Worlds Unite” Part Eight: Sonic, Mega Man and X lead the unified army against Sigma’s horde of resurrected Mavericks!  Sigma has now taken command of the Genesis Portals, threatening to fuse together even MORE worlds!  With our heroes’ time and strength running out, Sticks returns with reinforcements—and you’ll never believe who she recruited! Featuring cover art from the legendary Patrick “SPAZ” Spaziante, and variant cover art from Sonic rising star Diana Skelly and part 8 of the epic 12-part connecting variant cover series by artist Ben Bates!