When it was announced that the latest game in the Ace Attorney series was in development, fans were over the moon. Less so was that it was announced soon after the release of Apollo Justice, over 5 years ago. In-between then and now, we got two side games (one of which was only released in Japan), a theatrical movie and much speculation. Eventually, after much delay, blood, sweat, tears, prodding and anger, Ace Attorney: Dual Destinies was released for the 3DS. And believe me; the wait was well worth it.

Set one year after Apollo Justice, Dual Destinies takes a look at new lawyer Athena Cykes and her integration with the Wright Anything Agency. It also marks a return to the bar for our favourite bluffer, Phoenix Wright, and his protégé Apollo Justice. This time, the law is in an age of darkness. Evidence is fabricated; lawyers on both sides are cheating their way to a success and worst of all – the judge is as senile as ever.

This is the Dark Age of the Law. And this is by far the darkest AA game ever made.

This is a five case thriller that twists and turns its way to new levels. The crimes are darker and more graphic, especially with the all new animated cut scenes. This is not the same AA you grew up with – it has matured with age, but it is still the wacky Ace Attorney we know and love. And after so many years of waiting, fans have been rewarded with the best game in the series since Trials & Tribulations.

Along with new lawyer Athena, we have a new prosecutor. Simon Blackquill is our opponent this time; a master of suggestion and psychology. He’s also a convicted killer who is serving time for a bloody and horrific murder.

Whatever happened to the normal prosecutors?

Blackquill is also joined by our detective in this game, Bobby Fulbright, taking the role of Gumshoe and Ema in older games. Fulbright’s jovial attitude is a complete counter to our moody prosecutor, making him a much valued addition to the cases. Along with him are our regular set of witnesses, defendants and sinister murderous masterminds. The punny names return, along with the top notch localization we all know and love. Despite suffering from some grammar and spelling issues, it remains as clever as ever. And after all, any game that pokes fun at Twilight gets a thumbs up from me.

As this is a 3DS game, we have a lot more processing power to deal with. And thus, the 2D sprites of old are no more. Instead, we are treated with some of the most gorgeous graphics I’ve seen on a handheld. Although I prefer the use of 2D in some cases, this is only when 3D isn’t handled well. Here, the transition to 3D was akin to that in the Professor Layton games – stunning and beautiful. The traditional poses remain from the classic game, but they move seamlessly from one to another, making our characters act like real people rather than simply sprites.

The game also uses high-end art in many other places too, ranging from the evidence pictures to stills and more. They even use animated cut scenes to boost the overall look of the game. Although some seem to be there for the sake of being there, they are all beautifully animated and a pleasure to watch. The game also uses the 3D effects to really good use, giving added depth and even a few stunning set pieces. There’s so much squeezed into this game, you cannot afford to ignore the love and attention the game got.

Music was always a strong point in the Ace Attorney series, and this game is no exception. The added power of the 3DS allows for full orchestral renditions of some of the most famous tracks – and it is glorious. Traditional tracks are given a new lease of life with the new arrangements, making it a stunning soundtrack for everyone. The new tracks also meld in really well, allowing a wide variety of music to be used to the best of the game’s abilities. There is also actual voice acting in this game too for the animated scenes. Sam Riegel (Teddie from Persona 4 Arena) makes his return as Phoenix from Ultimate Marvel vs Capcom 3, and vocal heavyweights Wendee Lee (Lily from Dragon Age: Origins) and Kyle Hebert (Teen Gohan from Dragon Ball Z) add their vocal talents too. It takes some getting used to them doing the new “Objection!” but they all work well together.

The control scheme gets a bit of an overhaul, simplifying the way you conduct investigations. Gone are the pixel hunts – instead, the game tells you hotspots via a highlighted cursor, making it easier to not only see points of interest, but also what was already covered. This comes at a cost – the investigation scenes are only at certain locations, robbing some of the richness that the original game had (who else loved to hear what the detention centre guard had to say?). But this is a minor loss given how well the new system works. More improvements include a “Notes” function to advise you where to go, and an “Advise” action during cross examinations if you’re struggling.

But by far the biggest change in the game is the all-new Mood Matrix. Used by Athena in court, it adds a new layer of cross examination. It is also very simple to use – tap one of 4 emotions (joy, anger, sadness or shock) in a piece of testimony if it contradicts what the testimony (and emotions) says. It’s simple and very easy to use, especially as it is used in very devious ways in latter cases. The Psyche-Locks and Tell Analysis return, this time without the penalty of losing health if you’re wrong. This does make it easier, but it does reduce the frustration of having less than full health at the start of a trial. To me, it’s a useful change that does make it slightly easier – but it doesn’t make the game any less entertaining.

The game is not only great by itself, but also holds a lot of fanservice*. While Ace Attorney Investigations could be seen as purely fan-pleasing (given the cameos of Larry Butz, Ema Skye and more), this one holds back whilst still giving enough satisfaction that Apollo Justice failed to provide. To say who appears spoils the surprises in later cases, but suffice to say they are completely worth it. Sadly, not everyone is back. Ema Skye is absent with Fulbright as her replacement (thanks to Blackquill), as are fan favourites Gumshoe and Kay Faraday. But you can’t please everyone, and to just have some link to the older games is a great inclusion**

This game is also the first to go into the murky world of DLC. Given Capcom’s record, most fans would expect all of it would end up being character re-colours. And the first one is – a trio of new outfits, one for each defence attorney. However, they have got something extra hidden up their blue suit sleeves. A full, extra case is also available, set immediately after Phoenix gets his badge back. This does lead to the notion that more cases will – hopefully – be written to tide fans over until the next release.

Overall, this is a return to force for the best lawyer-based visual novel series ever to hit the DS family. It gives the fans what they want, as well as acting as a great launch pad for newer players. The 5 cases are all complex and interesting, with a better difficulty curve compared to other games. There’s so much to enjoy, it’s impossible for me to say anything else other than this is one of the best games ever to hit a handheld, let alone the 3DS. Miss it at your peril. 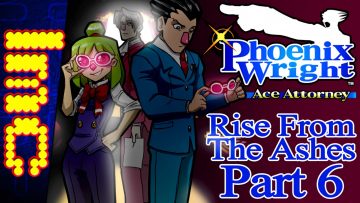 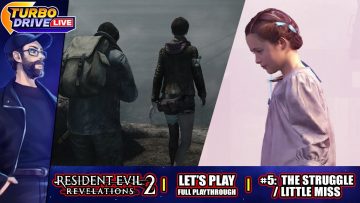 Kevin
843
Every story has a beginning. Every beginning has a prequel to that for some reason.