SpongeBob might be going, Spider-Man might be there, but its the returning Sonic the Hedgehog that gets the plaudits this year on the poster for the 2011 Macy’s Day Parade.

The parade, sponsored by the Macy’s department store and a Thanksgiving staple of New York since 1924 first had a Sonic balloon in it way back in 1993, however it reached notoriety when it struck a lamppost and burst, knocking down another lamppost and injuring a child and a police officer. The 2011 version will be a more modern version of Sonic and hopefully somewhat more resistant to puncture.

The returning hedgehog though gets the duke as the first of three prominent characters on the poster which you can see below. As well as news clips following the 1993 incident. 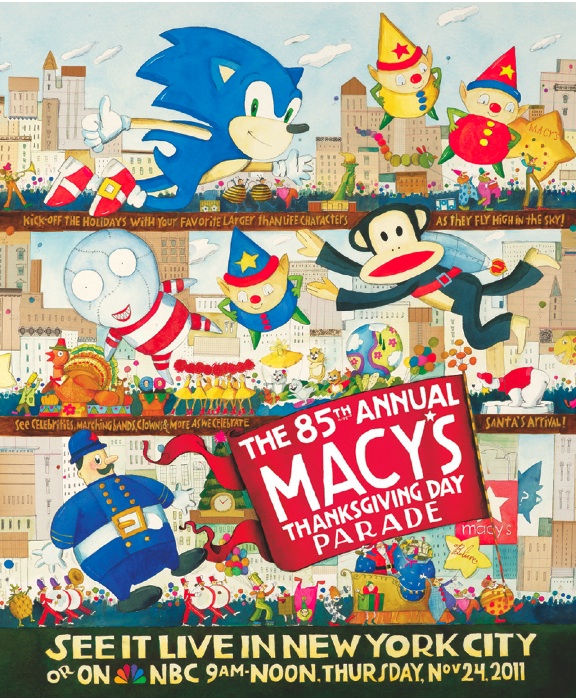 Tags Born In The USASEGASonic The Hedgehog (Series)
Previous Post

Kevin
563
Court is back in session for the second title in the original Ace Attorney trilogy.

Kevin
318
The golf party game that works, you know, most of the time.